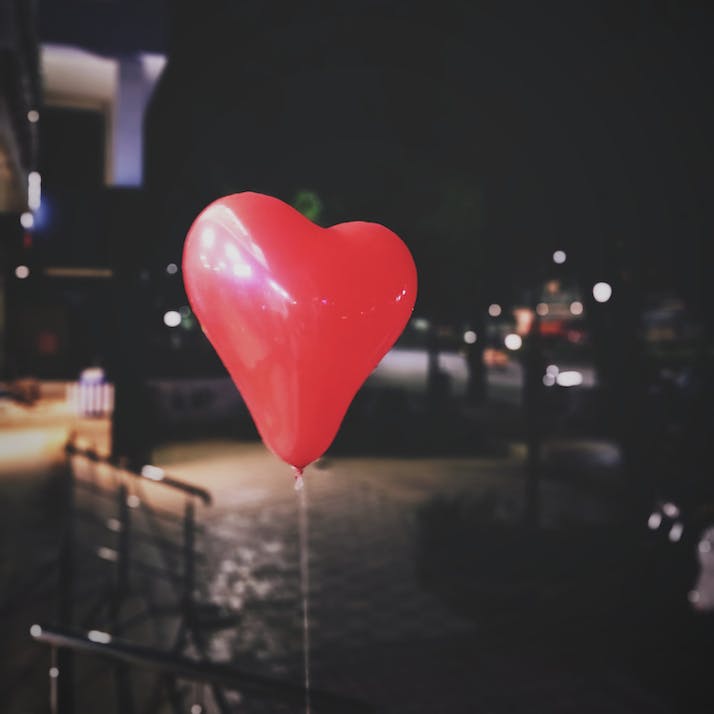 What Not to Talk About on a First Date? Definitely Gravity

In the middle of a debate about Newton's laws, a date reminded me that sometimes, it's okay to let things go.

I ruined one date by talking about gravity.

It didn’t seem like a topic to avoid on a date. I had just finished a master's thesis focused on the history and philosophy of science, and I was fairly excited about it in a nerdy and arguably overbearing way.

So when I was set up with Georgia by a mutual friend, and she politely asked me about what I was doing with my life, I started babbling about science and religion and how the two were more similar than you might expect. I may have name-dropped philosopher Paul Feyerabend, whose 1975 classic of contrarian cosmological provocation, Against Method, argues that Galileo didn't really prove the earth went round the sun.

“”
I ruined one date by talking about gravity.

Galileo was the only one who could make sense of what he saw through his telescope. Others who weren’t trained by him didn't see clear evidence that his theories were correct. If you were the only one to see gremlins pushing up the sun via your patented gremlin detector, we wouldn't consider that scientific evidence for the existence of gremlins. And Galileo's calculations for planetary motion in a heliocentric universe weren't clearly less complicated than the calculations for a geocentric one. Galileo's vision of the universe wasn't demonstrably better than what people were using at the time. Feyerabend argued that the church's skepticism in support of the contemporary scientific consensus was warranted.

People used to have faith that God made the sun come up. Today people have faith that the earth goes around the sun. It seems like those beliefs are different in kind, but for most people who aren't experts in theology or physics, they work much the same. You're just trusting people in authority to tell you how the universe turns around you, so you can get on with your own, less-cosmic concerns. And those authorities, like Galileo, can be dicier than you might think. Take gravity for example…

Georgia stopped me there. "But people know how gravity works," she said. "That's different than just saying God makes the sun come up."

"Actually they don't know how gravity works," I replied. "Nobody's really sure. There are theories but…"

"Sure they do," she said. "Gravity is caused by the spinning of the earth, right?"

I did a double take. The world moved under my feet, but not in a good, sexy kind of way.

"No it's not!" I shouted. "The earth spinning doesn't have anything to do with gravity!"

There was a brief pause, in which I had time to notice again that she was very pretty as the spinning earth slowed, stopped and then gracefully opened on an abyss.

"I don't want to talk about this any more," she said.

And so, like many a blowhard academic before me, I won the argument, and lost the date.

“”
The relationship between fact and theory is more tenuous than we tend to think.

In Some Ways, Science and Religion Are the Same

You could certainly argue that, in this case, the date splattering on the sidewalk like a Newtonian apple dropped from above wasn't necessarily my fault. You could blame it instead on an inadequate educational system that had left Georgia somehow believing that apples would fall upward if the earth started spinning in the opposite direction, just like in the Christopher Reeves Superman movie, where he reverses time by flying around the earth really fast and getting it to rotate backward on its axis. (Kids: Don't try this at home. Reversing the rotation of the earth will not bring Lois Lane back to life. Nor will it allow you to rewind your conversational faux pas and talk about something other than gravity. Like the weather. Or bunnies. Or anything, really.)

In defense of secondary school physics teachers, though, the point I was trying to make overzealously to Georgia was precisely that ignorance and the indifferent assimilation of scientific knowledge by the polity has, like the apple, theoretical weight. We think of science as this set of facts that exist out there, in the universe, regardless of our personal feelings. You don't have to believe in gravity, but you assent to it every time you don't step off a building. Gravity is waiting, inescapable. It could be the spinning of the earth. (It's not!) It could be caused by the actions of quantum particles, though scientists haven't been able to confirm that at all. It might be a result of the curvature of space, though again, no one's really proved it. But it's there, even if you don't know what it is—even if no one knows what it is.

Or is it? After all, refusing to step off a building doesn't tell us anything about the truth or universality of gravity. The reason we don't step off buildings is that we've seen what happens when you drop that apple. We have an ad hoc, experiential understanding that falling is painful and to be avoided. But that's consistent with any number of theories. We talk about gravity, but you could also say, God just made it that way. Or you could say the earth spinning pushes us down on the surface. Refusing to throw oneself to one's death doesn't prove gravity exists any more than the sun coming up proves God cares about us.

Science Can Also Be Subjective

The relationship between fact and theory is more tenuous than we tend to think. For most of us, most of the time, when we rely on science, we're relying on scientists the way people used to rely on priests. Gravity, like other scientific knowledge, is a doctrine handed down to us by authority, not a truth we verify for ourselves. And in this case, when you ask for final causes, the authorities are blundering around in a dark universe with the rest of us. "Invisible gremlins are keeping our feet on the ground," is just about as good an explanation as anything scientists have got.

Of course, science can be an incredibly powerful engine for turning out claims, predictions and blueprints. Thanks to a very fine-grained understanding of how gravity works in practice, we can put a spaceship on the moon, barring the occasional tragic explosion. You can often shoot straight in practice, even if your theories wobble.

And if the wobbling theories don't cause us to fall into space, why make a fuss about them? Feyerabend famously argued that in science, "anything goes." He didn't see science as a rigorous process in which you create a theory as a foundation and then build facts from there. For Feyerabend, science was an exercise in floating from theory to theory, using whichever one worked best for the moment. If "the rotation of the earth causes gravity" is good enough to get you through the day without blowing up in a rocket ship or falling from a height, it's good enough for Feyerabend. Maybe at some point that weird, errant, heterodox idea will even come in useful, as Galileo's did, despite the fact that it didn't quite work as science in its own day, in theory.

Perhaps Science, in General, Is a Topic to Avoid on a First Date

I didn't explain all of this to Georgia because she asked me not to, and I'm not a complete bore in every respect. Nor will I ever. I haven't spoken to her or heard about her or even thought of her in decades, save as a character in this anecdote, which I trot out every so often as a joke on myself, or the universe, or some combination thereof. I don't even recall her name, though I'm pretty sure it wasn't Georgia. Nonetheless, I presume she's still out there somewhere on the earth we'd both agree is still spinning.

She's a somewhat painful memory, even now, though also a precious one. Connection is valuable, and it's what you're looking for on a date, in general. But there's some magic too in being reminded that we're not all tethered to the same ground by the same force, or any force. Every so often it's good to let gravity go, and drift up like Newton floating into the tree, even (or especially?) if from way up there in the clouds you look like kind of a jerk.