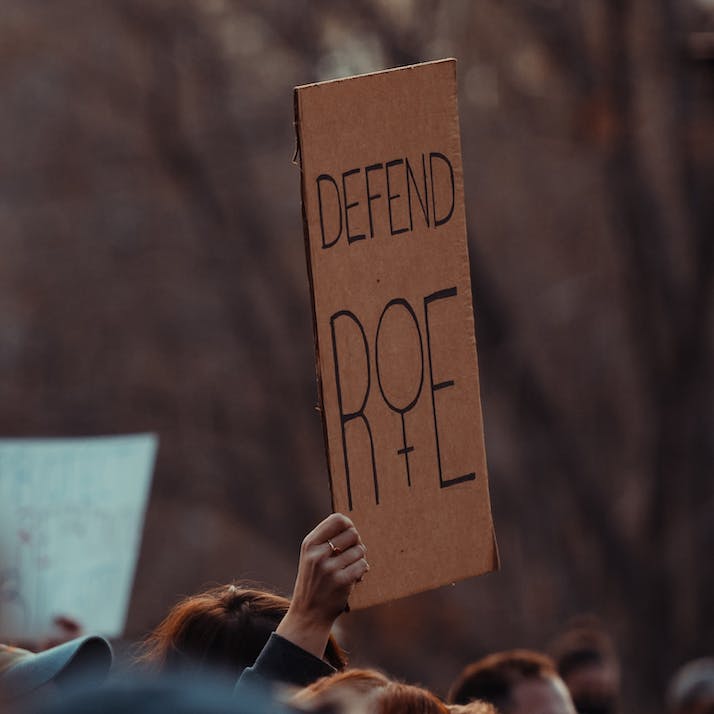 Roe v. Wade Could Fall, but the U.K. Still Has Its Own Issues

We’ve made some strides over the last couple of years, but my country’s abortion laws need more work.

I was 17 when my mom had an abortion.

While I’m sure a number of women in my life had previously terminated a pregnancy, my mom was the first person who had openly expressed their experience to me. While she had always considered herself pro-choice, an abortion wasn’t something she ever thought she would experience herself.

At that point in our lives, my parents already had four happy and healthy children. They also wanted a fifth—especially my mom. Eventually, she became pregnant and was due to deliver in October of 2016. You might be wondering why this much-wanted pregnancy was later terminated. Well, at 12 weeks gestation, the fetus was diagnosed with a fetal anomaly called Edwards' syndrome, limiting the life the baby would have. In fact, my parents were told that the fetus wouldn’t survive the pregnancy.

They felt they had no other choice but to terminate and decided to put the lives of their four existing children before themselves by opting for an abortion. Despite learning of their fetus’s illness at 12 weeks, the process to have an abortion took a while. Due to an overwhelmed National Health Service and family delays, their baby was born asleep at 17 weeks.

Their experience really shaped my life. I was 17 and old enough to understand the situation fully. From this point onward, I began researching the ins and outs of the U.K.’s abortion laws. I also began advocating for better availability of services across the U.K. and the rest of the globe.

We Lobbied the Government for Remote Abortion Services and Won

After graduating from university, I started my first full-time role at the U.K.’s largest abortion provider, the British Pregnancy Advisory Service (BPAS). I was working within the press and advocacy team, hoping to raise awareness for better abortion care within the U.K.

I joined BPAS in the early months of 2020, but by March and April, the U.K. had gone into lockdown, thanks to the COVID-19 pandemic. The growing number of staff illnesses meant waiting times for abortion services were longer than ever, and while people could travel for healthcare, there simply were not enough abortion providers operating at full capacity to meet demand. As an organization, BPAS had been campaigning for better access to abortion care for decades, and this was our time to act.

Our regular providers couldn’t continue with the decreasing number of staff members available, but it wasn’t right for pregnant women to risk their health to have an abortion. We decided to lobby the U.K. government for remote abortion services, which would allow pregnant people to terminate their pregnancies at home rather than in a clinic.

This was something BPAS had spent years researching and had been proven to be safe and effective. When it came to decision day, we were praying the government had seen sense. Thankfully, it was put into policy. At last, our nurses, midwives and doctors could take a breath. Just knowing that it had been introduced was a huge weight off all of our shoulders.

“”
I found it absolutely maddening that it took a pandemic for the government to finally trust pregnant people with their bodies.

Remote Services Have Ensured Faster Care for Women in Need

Still, I found it absolutely maddening that it took a pandemic for the government to finally trust pregnant people with their bodies, especially as this kind of service had been proven to work safely for many years before it was implemented in the U.K.

Though it was initially introduced as a result of the pandemic, it’s now in place permanently for pregnant women to access. I can’t help but imagine how different my family’s experience would have been had this been in place in 2016. Of course, my parents were beyond the gestational limits to use the remote services, but because of the newly passed measures, waiting times have plummeted and pregnant women are now accessing abortion care at the earliest point they have ever been able to.

Not to mention the impacts on those with existing children or disabilities. Have you ever considered how difficult it could be for a physically disabled individual to access abortion care? Just the thought of having to travel miles by road, train or bus is exhausting. What about those who suffer from mental illness or educational needs? All of these people can now access abortion care from the comfort of their own homes. I’m certain that in my parents’ case, if telemedical abortion care were available, it would not have taken five weeks for them to be seen.

The Abortion Act Needs to Abolish its 24-Week Gestation Limit

Unfortunately, before the pandemic, abortion access in the U.K. was restricted by the Abortion Act. Introduced in the late 1960s, the act is extremely outdated, but it did allow for legal access to abortion services in England, Scotland and Wales. The situation in Northern Ireland was a bit different. In fact, Northern Ireland did not have any legal access to abortion services until it was legalized in 2019.

Despite this, there are still some huge access barriers from the original 1967 Abortion Act. The worst regulation being that there is a 24-week gestational limit, permitting abortion until 24 weeks of pregnancy. After that point, abortions can only take place beyond 24 weeks if the pregnant person’s life is at risk or if the fetus would be born with severe disabilities.

As my parents had their abortion before the 24-week limit, their baby didn’t exist in the world. It was simply written up on my mother’s medical history as a termination of pregnancy. For those who either terminate, miscarry or give birth to stillborn babies after 23 weeks and six days of gestation, the government offers a birth and death certificate for their child. At that point, legally, the fetus has developed to a point of viability. This means that the fetus has a good rate of survival, if it were to be born beyond this point. But under 24 weeks of gestation—whether from miscarriage or termination—the fetus does not legally exist.

Of course, to their families, they do. To parents whose pregnancy ends in a loss before 24 weeks, their baby matters. As a result of outdated abortion laws, these families do not receive any formal recognition of their child. At the time of my mom’s termination, she debated continuing her pregnancy to go beyond 24 weeks, hoping that her baby would be recognized. In her case, it was unlikely her pregnancy would have lasted that long.

It’s heartbreaking, even as a sibling, to realize that something you love does not exist on paper. All my family wanted was a birth certificate, something to solidify that their loss was real. That their baby was real.

“”
Abortion is complex, and we can’t assume that all people who have abortions feel the same way about them.

Being Pro-Choice Is About Giving Women Safe and Accessible Care

It’s easy to assume that anyone having an abortion is not connected to their pregnancy, but that is simply not true. Unfortunately, many individuals and families grieve the loss of their pregnancy after deciding to terminate. That is normal and valid, just as it’s valid for some individuals to want to move on and forget. In reality, abortion is complex, and we can’t assume that all people who have abortions feel the same way about them.

We still don’t have full control or choice over our pregnancies in the U.K. It’s simply not possible until the tight regulations of the Abortion Act are removed. By completely decriminalizing abortion and removing the 24-week gestational limit, parents would receive a legal registration of their babies, should they want it.

Moreover, being pro-choice, and having true choice, should not be for anyone else to dictate. I’m not pro-choice because I believe I might have an abortion in my lifetime. I’m pro-choice because my thoughts, feelings or potential decisions do not matter—what matters is ensuring that there is accessible, safe abortion care for those who need it, when they need it. Alongside that, there is plenty of compassion and care that goes into providing abortion services. During my time at BPAS, I witnessed more kindness, consideration and humanity than I think I have in my entire life.

With my family’s experience and my career progression, I cannot see any valid reasons to restrict access to abortion services. Not only is it vital to life but it is important to both the individuals having abortions and to those providing them. It’s time we stop assuming that abortion providers and those who have abortions are heartless—because they’re quite the opposite.