Having an Orgasm During Rape: I Believed the Myth and Sought Violent Sex 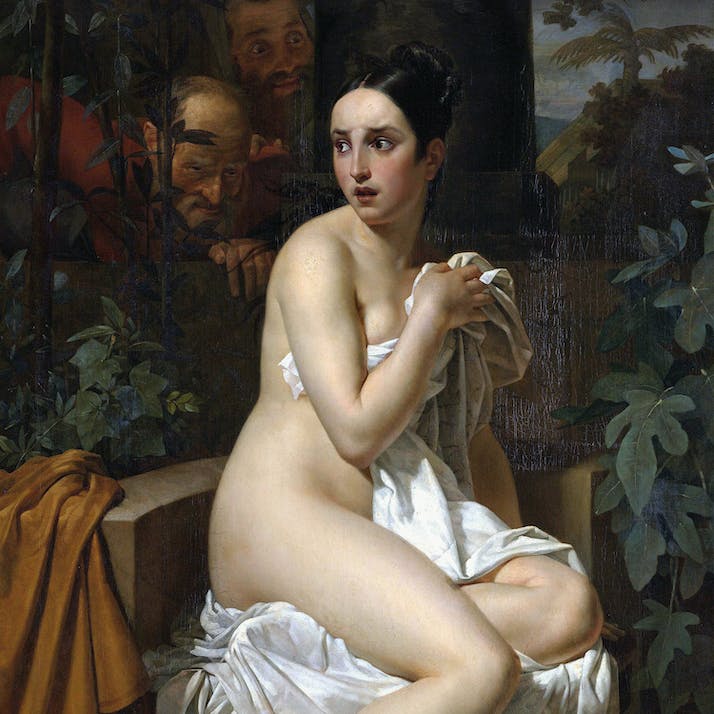 Having an Orgasm During Rape: I Believed the Myth and Sought Violent Sex

A victim of sexual abuse unpacks her long and winding road toward recovery.

Research traditionally shows that rape victims are more likely to shy away from sex.

At a young age, I was raped. Contrary to research, I then sought out sex. I went in pursuit of it. The more dangerous the better.

Why? Because I believed that I only enjoyed sex if it was violent. It is only now, years later, that I understand that I am not alone in this fact.

“”
I believed that I only enjoyed sex if it was violent.

In my early teens, I had gone on a date in the city with a friend of a friend. The date had been pleasant enough, but I knew by the end of the day that I wasn’t interested. When we got back to our local train station, he said he needed to pick something up from a clubhouse and, as it was on my way home, I went with him. It was a hot summer’s day, I was wearing a silk dress my dad had bought me—an outfit I was particularly fond of—so fond that I would wear it again even after what would follow. We walked past estates friends lived on and through wooded areas to get to his training ground.

As we walked, he told me he had the keys, as his coach sometimes let him practice on weekends. We walked into the clubhouse but instead of going to pick his equipment up, he turned away and locked the door behind him.

What followed is still a little blurry to me.

I know he pushed me down and held me there while he moved his sweaty hands up my legs. He then performed oral sex on me; the sound of his tongue licking my insides makes me feel sick even today. After what seemed like a few painful minutes he had pressed the weight of his body down on my wrists and my hips—and proceeded to put his dick inside of me.

Through tears, I had pleaded with him to stop but I had lost all power to push him away. I remember feeling frozen to the spot, like all my strength had been zapped out of me. He eventually came and hastily left without so much of a glance or explanation.

I felt pathetic and useless throughout the ordeal. He had got what he wanted. I never saw or heard from him again.

Afterward, I was abandoned in the clubhouse, semi-clothed and disorientated. I attempted to straighten myself up and, sperm dripping down the inside of my leg, I walked to a friend’s house who lived in the area. I couldn’t comprehend what had happened in my mind.

I had been raped.

“”
What followed is still a little blurry to me.

The Shame I Felt Over Orgasming Made Recovery Difficult

At the time I couldn’t connect with the word "rape," I didn’t want to feel like a victim and, in every way that I could, I rejected that notion for years. This was just me, I told myself: I like violent sex, I like being scared.

It was easier believing this, than believing that I would just lie there and not defend myself. I would not have been that weak.

It’s funny, now I can’t remember his name and his features are a little fuzzy in my memory. What is crystal clear are those tears running down my face, my silk dress pushed up against my thighs by his clammy hands and the table sticking into my back.

I can also remember vividly my horrified shock when I came. This moment replays every time I have sex.

My body reacted to my assault in a way my mind could never have imagined. It screwed me up. At my most distressed, at a time when I wanted to imagine I was someplace else, I orgasmed. My attacker looked at me with a smug smile on his face. “You liked that,” he said. And for a long time, I believed I did.

I thought for years that I had distorted desires and went in pursuit of that violence. I think part of me believed that if I had instigated it, I could take control of the situation and maybe I would understand why I had seemingly enjoyed the rape in the first place. This was naïve.

What followed was further traumatizing. I put myself in dangerous situations with people I had only just met. The distorted association between pleasure and violence driving me to push further and further into danger.

Worst of all, this risky behavior led me to be in situations that meant I was raped twice again. I was provided with many more traumatic memories.

Again, these incidences are hard to piece together but the feeling of the warm penis in my hand and then it being pushed down my throat from my third rape still haunts me.

“”
Flashbacks to the assaults prevent me from focusing on the person with whom I am currently having sex.

Orgasming While Being Sexually Assaulted Is Not a Myth

After speaking with a friend recently who had suffered similar experiences, I discovered that I was not alone in my promiscuity after rape. And we are not the only ones.

In 2004, researchers at Michigan State surveyed 102 women who had experienced sexual assault: 38 percent of the women said they had engaged in more sexually risky behaviors after experiencing a sexual assault than they had before the attack.

Shortly after speaking with my friend, I met a sex therapist at a women’s group I was attending. The therapist told me that it is common for victims to orgasm during a rape and that a physical response to an assault does not indicate that individual’s sexual preferences. What had consumed my life, in terms of the guilt, shame and confusion, was simply a biological reaction to a sexual act. This helped to free me from the burden that I had felt all these years, the idea that I was somehow disgusting or dirty because I had orgasmed.

Responses to sexual assault, like mine, are underreported because of the shame and embarrassment felt by the victim. Research findings vary in terms of how many women experience orgasm during their assault, sometimes studies suggesting as little as five percent and others estimating that it is closer to 50 percent.

Researchers Willy van Berlo and Roy J. Levin concluded in a review, published in 2004, that nonconsensual sexual stimulation can cause unwanted sexual arousal. They noted that this does not mean that the individual had consented or “enjoyed” the assault.

Having experienced this myself, it is now very difficult for me to orgasm. Flashbacks to the assaults prevent me from focusing on the person with whom I am currently having sex. I often have to push them away because it is too painful.

This is also common. One study I came across while researching for this article had asked both victims of assault and people who had never experienced assault if they have suffered from any sexual problems. Of those who had been assaulted 58.6 percent were experiencing sexual dysfunctions, with the majority reporting that problems had begun after their assault. In contrast, only 17.2 percent of the non-assaulted women reported experiencing any sexual problems.

Why Rape Victim Stories Are Underreported

Sadly, rape victims are often left unsupported because of the stigma associated with and the legal difficulties with reporting rape. The Rape, Abuse & Incest National Network (RAINN) estimates that an American is sexually assaulted every 73 seconds but states that only five of every 1,000 offenders will end up in jail. And, unfortunately, according to research carried out in 2016, rape survivors are considerably more likely to have attempted suicide than individuals who have not been assaulted.

I am still recovering from the assaults I suffered. I am currently undergoing therapy to try and piece together the memories I do have from my teens, in the hope I can process them and understand further the link between the rapes and my own self-loathing. I have attempted suicide multiple times in the past and I do have an unhealthy relationship with drinking.

I chose to write this piece in the hope that someone who is in a similar position to me might read it. If you are putting yourself at risk because you are pursuing the feeling of being in control or perhaps believe you enjoy the violence like I did, please stop and reassess what you are doing. You were the victim, not the perpetrator—it was not your sick fantasy. The assault doesn’t define you and you are not just made for the enjoyment of others.

Value yourself and your body. It is something you should protect, not abuse.