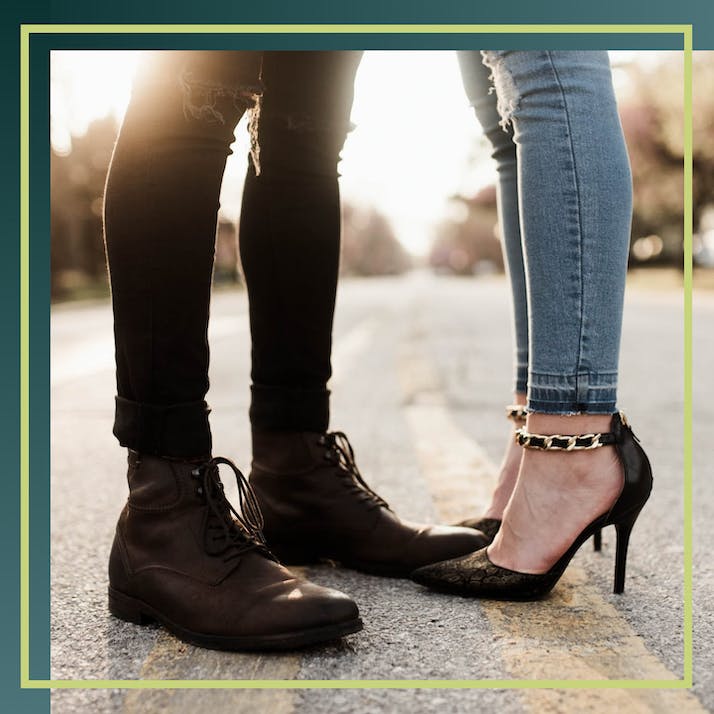 My Time as a Millionaire Matchmaker: I Took a Misogynistic Job for the Money

Being a millionaire matchmaker sounded fun, but the reality was something else.

“Go into a crowded room and look for a super hot female,” my boss told me. “I mean 11 out of 10. Buy a soda water with lime in a rocks glass. It’ll look like vodka. Approach her with confidence, and ask if she’s single.”

My first time on the job, I didn’t follow what the owner suggested to me in my training. His way seemed idiotic. I got a real drink instead, and I started actual conversations with women rather than jumping straight to the point. Eventually, we would get talking about our jobs, and I would mention that I was a matchmaker. I helped women find love. What they didn’t know was that I only helped attractive women find love. With millionaires.

I originally found the job through a Craigslist ad. The breakdown made it seem like I would do more matchmaking than recruiting. After watching an episode of The Millionaire Matchmaker, I was intrigued. I thought it would be fun. I had taken a lot of odd jobs in my early 20s, and this wasn’t any weirder than what I was used to. I needed something that could pay the bills but also gave me the flexibility to work on my other goals.

Three of us were hired and trained together, so the night after our training, we decided to go out and recruit as a team. I picked the nightclub. I was working part-time as a cocktail waitress, so I knew how to get through the doors of exclusive places with ease. One of the recruiters was shy and had a hard time approaching people. The other recruiter and I hit it off and started working the room together. By the end of the night, we each had about 10 business cards and a handful of other numbers written down.

“”
What they didn’t know was that I only helped attractive women find love. With millionaires.

The Money Was Easy, but It Came With Complications

We received about $200 for each woman that ended up being matched on a date. My first paycheck was around $2,000. It felt easy for me, and I didn’t give it much thought until shit started hitting the fan.

At my waitressing job, I got in trouble for soliciting women. I laughed it off, but it should have been a red flag. I thought matchmaking was an entertaining conversation starter. It was also a way of killing two birds with one stone and getting double the pay for my time. The lounge I worked at had a plethora of supermodels constantly walking in and out of the door, so sometimes, I would talk to them about their relationship status and try to get them set up. It wasn’t any more invasive than the couples that would ask me if I was into threesomes, and at least I would hopefully get paid for my intrusion.

I tried to get my friends set up, but I was told after their initial interviews that some weren’t attractive enough. I never had the heart to tell them, so I would follow up with something like, “They’re looking for the perfect match for you, and it could take weeks!” And they would just keep waiting.

I severed a relationship with another friend because I freaked her sister out when I tried to set her up on a date. It didn’t help that when you searched the name of the company, their site consisted of a bunch of glamour shots of women and looked more like an acting agency than a genuine dating portal.

My Boss Was Full of Red Flags

Although we were told to get women who looked like supermodels, we were also told to stay away from the ones who were obviously looking for a sugar daddy. The men were apparently respectable, although they needed to pay a service to find a wife. I recruited one European woman who actually was a gold digger looking for a green card, and she would leave me voicemail after voicemail.

I had no problem asking people for their numbers as long as my paychecks were coming in the thousands, but eventually, the tide began to turn.

Every now and then, when the owner was in town, we would all go out as a group. I learned from the other two recruiters that he had slept with both of them. I was thankful he never tried anything with me, but I was the only one with a boyfriend. I guess that made him sort of decent?

One night out, after getting a round of drinks, my boss paid his tab and walked away from the bar. I opened the checkbook and noticed he tipped $6 on a $70 check.

“Cheap prick,” I said as I threw a $10 bill down on top of the receipt. I made a mental note and wondered exactly what type of advice he was giving these “millionaires.” The only thing I ever heard him tell a client was, “Women in New York are cute, but women in L.A. are hot!”

He had brought a girl that he was seeing out with him that night. She was only in her early 30s, but she looked as if she had a bunch of work done on her face. “Go kill yourself,” she started yelling to another girl at the bar. I had somehow walked into the middle of a catfight, and I had no idea why. This made me wonder if personality traits were even accounted for when these matches were made or if the woman’s headshot was the only thing of importance.

The following day, I had a meeting with a few girls I had met while we were out. They never showed. This started happening more and more often. They either looked at the website and were not impressed or thought I was a scam artist. Another friend of a friend had an issue finding the office and took it as a sign that it was not meant to be. My other friends were still waiting for their phone calls.

My Conscience Finally Kicked In

I never met any of the men on the roster. It turned out most of these women were being set up on blind dates—however, since our clients were the ones paying for the service, they were given priority access to their photos. One friend of mine did end up going on a date with one of the men, and she said she was turned off after the second date because he was “ready to get married” and already seemed overly attached.

I wasn’t a scam artist, though. I was a pimp.

Everything about this company was designed to suit our clients’ needs and not the women we were setting them up with. The man was the millionaire, and the only prerequisite for finding the supposed love of their life was that she was “hot.” A better business venture would be to genuinely show men and women how to become more confident and approachable outside of their appearance. Building up women by acknowledging their skill sets and virtues was unnecessary, according to our boss, because after all, it was the men who would be taking care of them—as long as they looked like a trophy wife.

I had to face the revolting fact that I was a pawn in the ongoing societal misconception that the man holds the power. I was getting paid precisely to continue this deceptive way of thinking. The job began to conflict with my ethics, and I had to resign.

As bad as it was, I’m thankful for the experience. It’s made me question every job that I’ve taken since and given me the strength to quit when it became a matter of money over dignity—a bridge that I’ve crossed over and over again.

Never sell yourself short. Money will come and go, but in the end, we’re only stuck with ourselves. A dirty business can give the facade of helping others, but we must know that at its core, it’s only about money, power and greed. And we don’t have to give in.