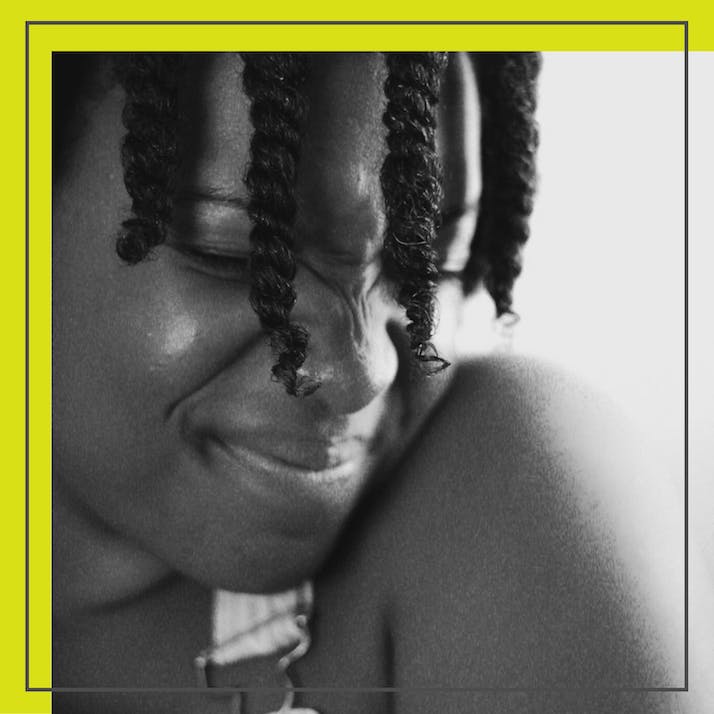 I Ignore Racism Today; You Should Too

An African woman, who was born in America, writes that she doesn’t need your pity. Or help.

The topic du jour that seems to riddle every politician’s social media feed, blast across newspaper headlines and take up an uncanny amount of time in campus classroom discussions across the U.S. is racism. And, as an African woman with little time for frivolities, allow me to just comment by saying: Quite frankly, I am sick of it.

Permit me to be candid: I get it. As a first-generation American whose parents are African, I understand that racism is real and, oftentimes, impacts people profoundly in the United States. I know the history.

I am not denying that racism exists—there will always be unscrupulous people who care more about the color of my skin, and the religious convictions of my choice, than who I am as a person. And, of course, I have witnessed racism firsthand. I wear a hijab; I would be remiss to not admit that I have, many times, been looked at with a sideways glance. I have experienced random stares, smears and vulgarities based exclusively on my race and ethnicity. That—the behaviors of others—I have absolutely zero control over.

What do I have one-hundred percent control over? Easy. I can control how I react and how I choose to respond—or not respond—to random racist comments or innuendos hurled in my direction. How do I respond? Simple. I don’t pay them one bit of attention.

Racism Stops with Me

Of course, if racism was—as some people like to portray it to be—an ongoing, never-ending reality, I might not be as eager to shrug my shoulders and walk away from the casual slights. But, simply put: It is not.

Out of the 10,000-plus interactions I have with people every year, maybe four of them—at most—are marginally uncomfortable, smelling of a minor hint of racism. The other communications are pleasant, amicable and seem to have nothing whatsoever to do with my race or ethnicity.

The four that are slightly uncomfortable are not worthy of my time nor even one small shred my energy.

A note for all of the “heroic” people out there, who think it is helpful for you to valiantly come to my defense like a white knight riding his noble stallion into battle: Save it for someone else. Even though I know that the people who stand up for me and jump to my defense sincerely have wonderful intentions, their actions are mutually exclusive to my desired outcome. What I want is to ignore the racism, and, how can I accomplish this goal when people are making mountains out of molehills?

Ignoring Racism Is My Way of Fighting It

The next logical question that springs to mind is: Why do I not want to pay attention to these racist scoundrels? I don’t want to pay them a bit of heed because, ultimately, they do not matter and neither do their words or actions. Instead, I want to deprive racists of my time and energy for two primary reasons. First, I earnestly feel that if I give them attention, then they have won.

Ask yourself: What do racists want more than anything? The answer quickly becomes apparent: They want attention. They want to get a rise out of me; they want to make me mad. Therefore, if I give them the attention that they are blatantly seeking, then I have allowed them to win. My second reason for not wanting to waste one minute of my time on them is that, at the end of the day, I simply choose not to be offended. If I show them, repeatedly, that I am indifferent to their slights and rude comments, then I hope that they will come to realize that I am not fundamentally different from them. I hope that I will be viewed, eventually, as just one of the masses in just a different shade of skin tone—which is precisely the outcome I seek.

“”
I am not denying that racism exists.

Perhaps an example might be more poignant and revealing. A couple of weeks ago, I decided to treat myself to an exquisite meal at a swanky, multi-Michelin star restaurant. No sooner am I seated than the waitress comes up to me and asks me to pay for my food before I order. While taken aback slightly, I do not miss a beat. I simply pull out my credit card and, in a polite voice, graciously offer it to her. Problem solved, right? Not so fast. From somewhere behind me leaps to my rescue a social justice warrior, ready to come to my defense as if I had just been hit by a bolt of lightning. She abandons her first course of food and decides to begin yelling at my waitress for having the audacity of making me pay before I ordered. My waitress, still not backing down, simply said that it was company policy to do pre-pays randomly—that it was just a part of the normal protocol. Now, we all knew this was a big, fat, blatant lie.

Of course, the restaurant does not ask white businessmen in thousand-dollar suits to prepay for their food. We all know that the whole thing is happening because of my race. Yet, instead of adding fuel to the fire, I jump to the waitress’ defense and kindly ask the social justice warrior to not get involved. Rather than honoring my request and going back to her meal, she boldly proclaims how it is her fundamental duty to say something when she sees a grave injustice transpiring. She loudly insists that the manager comes out to explain this atrocity. The scene continues and, before any of us know what has happened, we are both standing outside of the restaurant wondering what the hell just happened. Hands on our hips, we are both pissed. She is angry because she has witnessed secondhand discrimination, and I am livid that my meal—which might I add, I had waited a month to enjoy—has been snatched from me. Who won this battle? Certainly not me.

What she doesn’t get is that she and her fellow warriors are undermining my fight. They are making it harder for racial minorities to move along and become a member of society. And what these people refuse to understand is that the overwhelming majority of us do not care. We don’t! And, believe me, it is not because we are so tired of constantly fighting and being on edge. We don’t care because racist people and events are few and far between. They do not matter.

They are equivalent to the dinosaurs, in my book, and are basically a dying breed who are trying like hell to live on in a world that no longer is habitable for them. The proverbial meteorite has already hit, and it is just a matter of time before the last of them breathes its last breath. (If fellow Americans only knew true racism and conditions in parts of Africa like where my parents are from, they might calm down about a weird glance.)

“”
A note for all of the 'heroic' people out there, who think it is helpful for you to valiantly come to my defense like a white knight riding his noble stallion into battle: Save it for someone else.

I am also constantly hearing people say things like it is racist when white people want to live among other white people in similar neighborhoods. Or how people who only date a particular race are racist. Look, here is the reality of life: People like their own cultures and want to be around their own people. People feel most comfortable when they live, work and interact with people with whom they have something in common. That isn’t racism: That is human nature.

No one calls me a racist when I want to live in cities and neighborhoods with fellow Middle Easterners. Instead, such places are lauded as greater preservers of culture and unique oases in the middle of crowded cities. So, why are predominantly white neighborhoods looked at any differently?

In my humble opinion, this is not racism, this is just human nature. Cultural attraction—being attracted to someone from the same culture as you are—is real and needs to be recognized as such. It does not make someone a racist. It makes someone human.

Social justice warriors and anyone else who wants to see racism lurking at every turn and hiding in every corner: Please, consider what you are doing and the message you are sending when you jump to our rescue and push your agenda—which is not control necessarily our agenda—on others. Racism is dying, and we shouldn’t give it even a speck of attention or fuel the flames of its existence. Instead, ignore it, live your life and allow minorities to live theirs. Racism will be gone in a generation or two, and, in the meantime, let’s just enjoy this rodeo they call life.