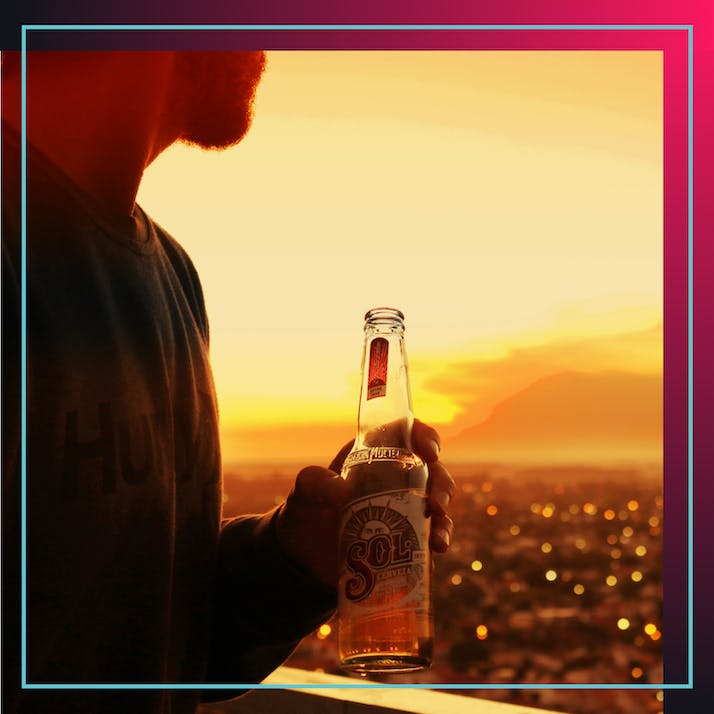 Addiction Is Nostalgic: How Time Was Structured When I Was Drinking

An alcoholic has to look back, not forward, as I found out after years of using booze to alter time.

“If I had to offer up a one sentence definition of addiction, I’d call it a form of mourning for the irrecoverable glories of the first time. This means that addiction is essentially nostalgic, which ought to tarnish the luster of nostalgia as much as that of addiction.” —Ann Marlowe, from How to Stop Time (1999)

It wasn’t my first drink that I kept trying to recall. When I drank, in my late 20s, I wanted an entire stretch of time to come back: the years leading out of my teens into adulthood. Why wouldn’t I want it all back? This was when I could get drunk after shows, during shows, on the way to places, coming back from places and then sweat it all out only to wake up with only a faint headache. But I didn’t miss the physical resilience most—what I wanted back was that feeling of infinite time, a relation to the world that has nothing to do with the drinking. But the drinking was the only tool I had to mess with time.

Drinking did not, it turns out, make me younger. I did keep trying to drink myself into a state where I thought I could replay certain memories, soak my brain to the point where the associative properties would allow me to drunkenly slide across the border back into a better drunk with a younger self.

As I drank into my 30s and 40s, I found myself hoping for very specific states of mind: the plaza in Rome where we sipped rosé after a day of walking; the dive bar on Houston where it was always dark and crowded even when it was high noon and only two people were at the bar. I began my drinking career a lightweight and found myself later becoming a full-blown alcoholic simply by trying to remember the easy, breezy days when I did, in fact, drink without disaster. The heavyweight got heavy by chasing the light.

One of the confusing things about addiction is that not every story is a straight line, and not every subject falls down over and over in increasingly embarrassing circumstances, progressively getting worse after starting from bad. Sometimes an addict walks through the world, more or less blending in— normal as a sandwich—until the light cuts on and bang: The slide begins.

Part of the nostalgia in drinking is wanting back that choice, the act before the first drink, where a clean person was choosing to get dirty. In this, one both feels the world before drinking and simultaneously recaptures the ability to believe in choice, to remember being a person with will, not somebody helpless before their urges. A drunk will always look to the past because, with enough oomph, and enough drinking, it feels like the past can become as immediate as the drink itself, that fast-acting medicine. The weepy, melancholic effects of drink encourage a sort of misty-windowed time travel. That it isn’t real is, of course, a distraction diminished by the drink itself. Why do we think war stories are the love language of bars? We brag not only of our triumphs, but we also brag of not being drunks, of being able to stop doing the thing we obviously can no longer stop doing.

I often thought of a specific time we were touring in England (when I was in a band, five lifetimes ago). One night, we took to the basement of a pub, which was essentially a bar under a bar. A band of small men from Glasgow decided to drink competitively with us. I’d be lying if I said that it was an enjoyable night, or that I felt good the next day, but I want to go back to the moment of drinking as if it were a harmless sport, the time of not knowing I was an alcoholic. Back then, I was able to think my relationship to events was simply a matter of willpower and stamina, that my misdeeds and adventures were all actions under my control. And we never really know if, maybe for a few moments back there, that this was actually the case.

“”
When we drink, we want to kill time, fool it into looking elsewhere and let us not think about every rotten thing we’re drinking over.

I Drank to Fool Time

There is also a very powerful ambient nostalgia, one not tied to specific memories but to a sort of psychic buildup. It happened recently in a most powerful way. I was bicycling up through Lower Manhattan, moving onto Pitt Street when the golden hour sun hit the front of a building to my left. Some wooden chairs and a table were in front of a closed restaurant, and the overall effect was calm, quiet, open. The sweating side of a wine glass filled with rosé popped into my mind’s eye. Was it from three years ago in Brooklyn? Was I remembering 10 years ago on a roof in London? Had I still been drinking, I would have wanted to chase the possibility that I could Lego my way into an association, attach a new drinking memory to a better, older one and somehow become as calm and happy as I was that late November afternoon in Boston, just watching my friends do nothing much at all other than be with me.

Because the alcoholism has to push us backward. Who’s ever sat at a bar and thought, “Man, I’ll be even drunker in two weeks!” (I should add that maybe someone has, so let’s soften that idea.) When we drink, we want to kill time, fool it into looking elsewhere and let us not think about every rotten thing we’re drinking over. Within that airy state of denial, anything but the present will look good. The appeal of the past is that it is not today, and a hard drunk will eliminate the pesky truths, perhaps the fact that the day in question was no better today but four drinks in, who can really say? The past never arrives with all of its tags and details and full transcripts. It’s always a fragment, soaked in whatever we had in hand.

“”
The fact that I was drinking had nothing to do with the magic of the moment.

But the pernicious nature of drinking is that, of course, even the sober alcoholic knows it was never all bad—hell, some of it was the best. And so were I to drink a beer today, let’s say a middling beer, I’d want to recall the evening on the eastern coast of Turkey in a small fishing village in 1992. We had driven all day in a half-operational Mercedes, its transmission wrecked by mountain roads. We were arriving at sunset, and there was only one place to eat. We found a parking spot on the hill under the dining porch area. The restaurant was set into the side of the steep hill that carried on down to the sea.

We could not yet speak even the simplest Turkish phrase, so we simply mimed fish and a can that one drinks from. Miraculously, we got grilled sardines, caught that day, and two cans of Efes. The fact that I was drinking had nothing to do with the magic of the moment. I was there with my beloved, exhausted and dusty and entirely at peace. But for the longest time, I thought the Efes had something to do with it.