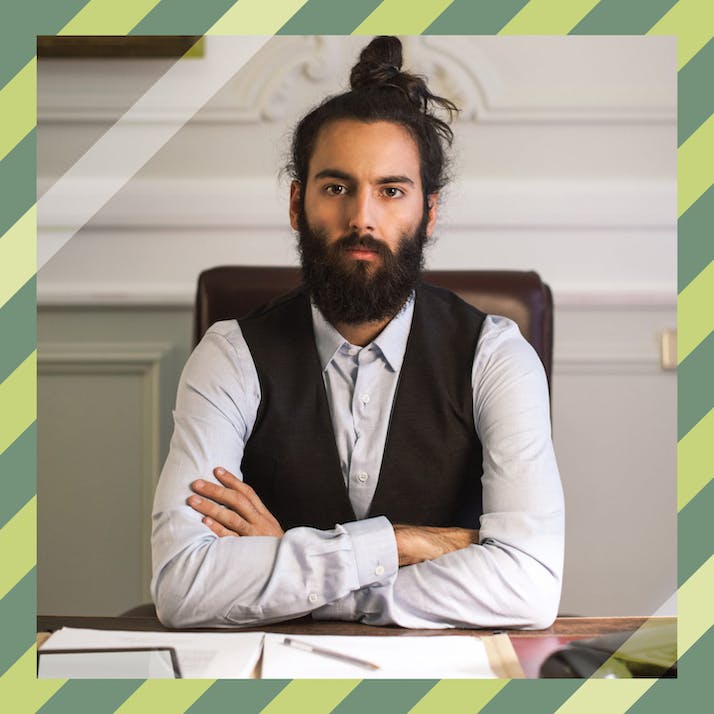 A public defender writes about his troubled clients and why he loves his job.

I’ve heard it so many times: “How can you defend those people?” From friends on the right and friends on the left. I hear it from detectives, police, sheriffs, jurors and loved ones. How can I defend “those people”?

I think when we make it about “us” versus “them,” it’s impossible to do what I do. It’s also impossible to reach across that imagined void and hold someone’s hand who is in immense pain.

I’m a public defender and I try to help the helpless.

“”
“How can you defend those people?”

What Is the Role of a Public Defender? To Help Those Who Need It

When I first met Rose, she was accused of stabbing her boyfriend several times. When I first met Matt, he was accused of raping a woman in a beer cooler. When I met Roger, I was told that he stabbed a perfect stranger in a restaurant parking lot. And, if I had only read the police reports, I’d probably agree with you if you said these people needed to be removed from my hometown and locked up.

As it turns out, each one of these beautiful people needed desperately for someone to just listen to them, to see past the district attorney’s allegations.

“”
He was accused of raping a woman in a beer cooler.

Rose Wasn’t Innocent, but She Was Also a Victim

Rose grew up in Denver but had immigrated to the United States when she was five. If she was convicted of the crime she was accused of, she’d spend between ten to 32 years in prison. She then would likely end up in a federal detention camp before being deported back to a country she never considered home. What was more, her ex-boyfriend was a classic domestic violence guy: smooth, manipulative, abusive. She took weeks to open up to me. She didn’t trust me. And why would she? I have over a hundred cases and would call her the week of her next court appearance. When we met in court she was one of a dozen cases on the docket.

When she did finally open up, there was a world of pain and scar tissue so deep she had lost herself. Before the fight in the kitchen that lead to her charges, the boyfriend had beaten her in the kitchen so many times she had lost count. She recalled one instance when he threw her to the ground in front of her two-year-old son and held her face to the carpet floor with his knee, screaming at her until drool from his mouth hit her face. He left her there quaking on the floor and went out drinking with friends for days without coming home. She remembered lying there for an untold period of time, scared to get up because she’d have to face the reality of what had just happened. She would have to look herself in the mirror, she’d have to go to her crying toddler and lie that, “Everything was going to be okay.”

When we finally went to trial—because the DA continued to insist that she needed to be imprisoned—an expert testified about how victims of domestic violence blame themselves, how they internalize the physical pain and ignore it. Rose broke down crying right next to me. She had never been able to meet with a therapist to explain her pain, the fear she lived with—she had boiled over. No one had ever listened to her.

“”
Matt will spend the rest of his life in prison.

A Jury Decided Matt Deserved to Die in Prison

Matt was also not from the United States. He had walked first, then hitch-hiked, then worked on a boat to get to the border of the U.S. and Mexico. He wasn’t from directly south of the border: He was from much farther away and, at first, I wouldn’t believe his story. But, then, I got his immigration file. He had been taken to an internment camp outside of St. Paul, Minnesota and waited for six months before a judge told him that he could apply for asylum.

In his home country, he had been in a military prison for over a year before being told that he could either be conscripted into the military (to join the civil war) or continue to waste away in prison. And why was he in prison in the first place? For asking political questions, in his government class, in what is the equivalent of a state-run university.

When Matt finally made it through the political asylum process and was released, he was asked, “Where do you want to go?” He had only heard of Denver because a friend of his family had immigrated there. He had no idea where he was going or what was next for him.

Fast-forward a few months: Matt was working in a liquor store where his friends had helped to get him a job. A young woman, who worked at the fast-food restaurant in the same parking lot, loved to come in to see him. At first, it was to flirt. Then, it was to share cigarettes on their lunch breaks. She would bring him food that she had taken from her store, he would bum her smokes and, sometimes, they would sneak a shooter of liquor, laughing while they did. They knew each other well.

When she came into the store to see him the night in question—the night she later told the police that she had been raped—she was on camera asking the store clerk at the desk where Matt was. She went and found him at the back of the liquor store and hugged him and kissed him on camera. She took his hand and led him back to the beer cooler behind the refrigerators full of beer. She later told police that he took her pants off and made her have sex. He explained over and over again that she sat him on a pile of boxes and climbed on top of him; that they used a condom; that he told her that he loved her.

Matt will spend the rest of his life in prison.

I don’t know if there was a gap in the communication between them or if he really did attack her in the beer cooler. But, I know for certain that he doesn’t deserve to spend the rest of his life in prison. I had failed to properly tell his story and a jury didn’t much care for the look of a man—who had come from where he came from—claiming to have had consensual sex with a woman a few years younger than him.

When people ask me how I can defend rapists, I think of Matt wasting away in a prison for the rest of his life. I think of the video surveillance in the liquor store that made it look to me like she had hugged and kissed him and taken him into the beer cooler. I think of how I wish I could have connected with the jury to help them understand. But nobody cared. He was led away in shackles, quickly forgotten by the prosecutor and the judge.

Roger Wasn’t a Criminal, but He Was Treated Like One

Roger was by far one of the saddest people I had ever touched. The combination of failed mental health networks in our country, limited family resources and a broken education system made it so. Roger was loved: His mother and his sister would come to court to support him. He was semi-homeless; not because his mom wouldn’t let him live with her but because he had mental health issues and would wander off unassisted for times on his own. He’d sleep by a river. He wasn’t really that into drugs. Some of my clients certainly are, but Roger just smoked weed occasionally.

Roger was very inventive and lacked the ability to point his creativity in one direction. In many ways, he reminded me of an innocent child. Roger was a goth makeup fellow. He would dress in all black with white face paint and decorative nonsense hanging all over him. He was also the kid that people in high school would call a “freak.” He is exactly the type of person that would end shooting up a high school like Columbine because the jocks picked on him and treated him like shit.

When Roger was arrested, he looked like a Marilyn Manson stunt double. He donned huge black leather boots with all kinds of silver straps, gloves that had fake plastic claws and so on and so forth. Frankly, if his creativity had been harnessed and he had been shown a path to develop his costume-making abilities, he could have been something really special.

But not Roger. Roger was attacked riding a Razor scooter down an alley by a group of homeless people who called him a “faggot” and a “loser” and so many other terrifying things. He fought back—not well. He isn’t a pugilist, he isn’t very big, he isn’t intimidating in the slightest. The hardened homeless people laughed it off and stole his scooter from him before telling him to get fucked. So, he ran off and then circled back around the building and stabbed one of the men.

Self-defense, perhaps? A jury disagreed and convicted him. They didn’t know the penalty that would be imposed. 46 years. He was 35. A guy like Roger has a life expectancy in prison that is something in the high 60s. You can do that math. District attorneys and judges will claim that he gets out in less than that and will be fine. But, will he? When he does get out, he’ll have no assistance getting back into the swing of things. Hell, he had no assistance before he went in, when he was exhibiting signs of mental health issues, when his family let him wander around homeless.

What Are the Duties of a Public Defender? Mainly to Not Pick Sides

So, you could ask me how I stand next to people like that. How do you defend those people? I have found that when I sit down across the table from someone in a bind like Rose, Matt or Roger—when the world’s largest incarceration system has put them in the crosshairs—I look for the pieces of them that remind me of my friends, my family and the failings of our community.

I cannot profess to have done a good job with all of my cases. Each of these clients breaks my heart and cuts me to the core. And I have found that when I remove the “us” and “them” dichotomy, I am able to talk to each person and meet them where they are. I have found it to be a privilege to see people and discover a small piece of whom that person truly is. To touch sadness like this is to separate the “us” from “them.” I consider a privilege of the highest order to do so.