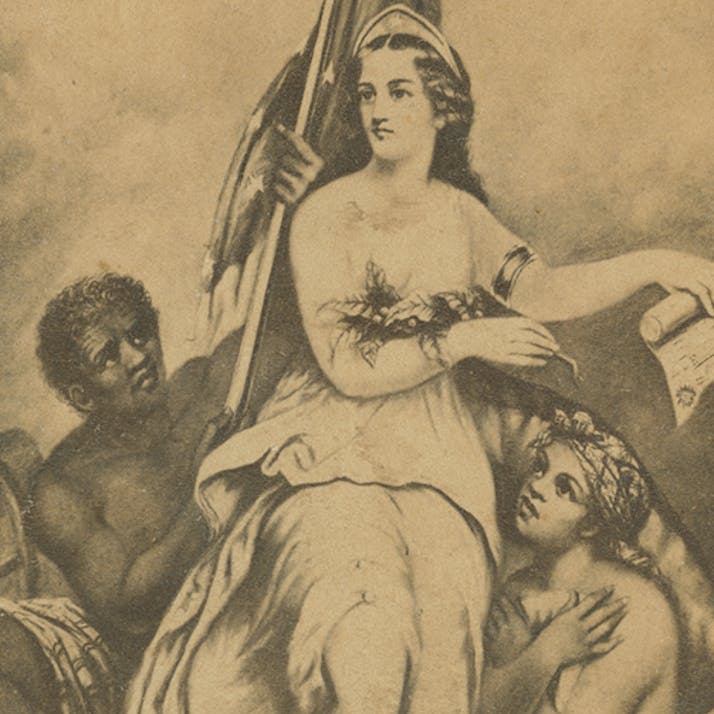 What White Teachers Can Do to Combat Racism in Schools

After George Floyd’s death, a teacher grapples with her place in a school where many of her students are non-white.

In fact, I anticipate that I will feel uncomfortable for the entire process of writing this. And beyond. I plan to cling to that discomfort. I hope to reeducate myself into a place of perpetual discomfort because closing my eyes and going back to sleep is just no longer an option.

I probably will make mistakes. I am sure I will re-read my writing in a month, a year, a decade and wish to take the most menacing red pen that I can find to the whole thing. I’m prepared to be called out. Please call me out. I cannot grow as a teacher, a mother or a human if I do not participate in what is appropriately being termed “The Great Unlearn,” a title owed to Rachel Cargle.

I know, however, that in my whiteness I need finally and completely to embrace this 400-year-old problem as mine.

“”
I know, however, that in my whiteness I need finally and completely to embrace this 400-year-old problem as mine.

I embody a unique role in our society: I am a teacher. Fortunately, I am a teacher. But also ironically, I am a teacher. Teachers exist in systems that are simultaneously change-making spaces as well as oppressive perpetrators of systemic wrongs. Binaries aren’t a thing. No one system is all one thing or another.

Being a white teacher is complicated. According to the National Center for Education Statistics 2017-2018 data, 79 percent of United States public school teachers are white, while 52 percent of their students are non-white. Got it?

I grew up outside Minneapolis in a very white, privileged suburb. In May 2020, to acknowledge the stark contrast between protest footage in South Minneapolis and the area just twenty minutes west, where I grew up, was a violent eye-opener, accompanied by an almost paralyzing shame. This inequitable juxtaposition always had been there. Where had I been? What had I been doing?

My cloak of privilege had left me disgracefully blind.

So my waking-up began. As a teacher. But diversifying the literature that I teach or even analyzing my biases publicly in the classroom would never be sufficient.

Torn about how to act, I texted a group of my colleagues, did some quick research and started a “white affinity group.” I know how that title sounds. It probably makes you bristle. (It made me bristle.) But let me explain what a group like this is: a gathering of white people congregating to have honest, uncomfortable discussions about race.

The name comes from a Spring 2009 article in the University of Pennsylvania periodical Perspectives on Urban Education, “Becoming an Anti-Racist White Ally: How a White Affinity Group Can Help.” In it, the authors Ali Michael and Mary C. Conger claim, “Somehow, white people discussing race together can seem wrong or threatening. Because of this inherent fear, white people often wait to talk about race until we are in interracial dialogues. This is problematic, however, as many white people are hindered in such conversations by our inexperience discussing race, ignorance about the legacy of racial injustice in the US, and underdeveloped racial identities.”

“”
My cloak of privilege had left me disgracefully blind.

The response to the possible formation of our group was eager and unanimous. As educators, all of us knew not only that we had to do better but also that we needed to grapple with discussing race—even with a lack of experience doing so.

I am neither an expert in groups like these nor am I confident in our work together so far. I am just here to narrate one teacher’s experience starting a collective of this nature in response to George Floyd’s murder.

It is a response 400 years overdue.

Our group is in its beginning stages and, like so many waking up with (offensively late) untrained eyes to our world, I know we will make mistakes. I fear that our discussions will devolve into yet another patronizing white group condescending to intervene and solve the violence and oppression of people who are black, indigenous or people of color. That fear is my greatest motivator to do the opposite.

So, we gather. Currently, there are ten of us. All white. All teachers. We meet in the middle of a weekday.

Why do we meet? Because of important perspectives such as Tre Johnson’s Washington Post piece, “When black people are in pain, white people just join book clubs.” In Johnson’s commentary, he describes the exhausting time loop where the white response to police brutality against blacks materializes as buying frequently tagged books. Johnson writes, “Their book clubs will do what all book clubs do: devolve into routine reschedulings and cancellations; turn into collective apologies for not doing the reading or meta-conversations about what everyone should pretend to read next; finally become occasional opportunities to catch up over wine. It is hard and harmful to know that all of this keeps them in a comfortable place, even if doing just little feels like a reach when the Race Alarms are sounded.”

We don’t drink at our meetings, eschewing the all-too-ubiquitous wine bottle at the center of white female culture in this country. To me, that wine bottle is the ultimate symbol of privilege. “Let’s relax and chit-chat about all the history we weren’t taught and didn’t bother to ask about while numbing ourselves more and more to our purpose for congregating in the first place.”

I refuse to have just another book club.

Putting a Stop To Institutional Racism in Schools Requires Action

Our group began to amass multimedia materials to serve as starting points, but we made it crystal clear at our first meeting that we need to arrive at a place of action, not merely to read.

In the dry heat of summer, we democratize ourselves into a circle and look at our white faces. In them, I see both eagerness and confusion about what at this point might be our most effective role. None of us want to return to the status quo in the fall and I’m not sure this universe would let us anyhow. That first meeting, we walked through the norms listed in the University of Pennsylvania article: Respect confidentiality, speak from the “I” perspective, listen to each other, embrace discomfort, monitor your own participation, none of us are experts, be open, avoid judgment and focus on whiteness as a racial category.

Looking again at the white faces, we all confronted our own race and what it represents. In our discussions, we tried to assume the shoes of our black and brown students in order to feel what a sense of otherness it must be to come up in our school system, while simultaneously knowing that most of us have no idea what it is to be “other.”

The most important question to surface so far—“So, what does this look like at our school?”—is the question that I hope leads us to much-craved direct action. How do we change systemic racism?

At the beginning of this article, I expressed fear, anxiety and shame. I still feel those all. However, our group is working to use those emotions as motivators instead of disincentives. No more erasure and denial. No more complicit participation in our racist systems. No more benefitting from the privilege that we have been trained is ours without even knowing that it is ours.

When we wrapped up our latest meeting, I asked a few of my colleagues what their hopes were for our group as it matures. One woman wisely noted that before we ask our staff in the fall to confront these issues, we may need to practice doing so with ourselves—so that we can start the conversation in a humble versus confrontational way.

At our next meeting, we hope to each share something we’ve reflected on in our teaching that we now know we need to change. Another colleague, though, balanced this suggestion with the idea that we also point out something that we think we are doing right. As I stated earlier, binaries aren’t a thing, and even though we need to make responsive changes to this system, that doesn’t mean there aren’t racially sensitive decisions that we already have made which we can strengthen and perpetuate.

Finding those will take more reflection. I hope they are there. I know that many of us believe we have really been doing the work of anti-racist teaching. In any case, it has not been enough.