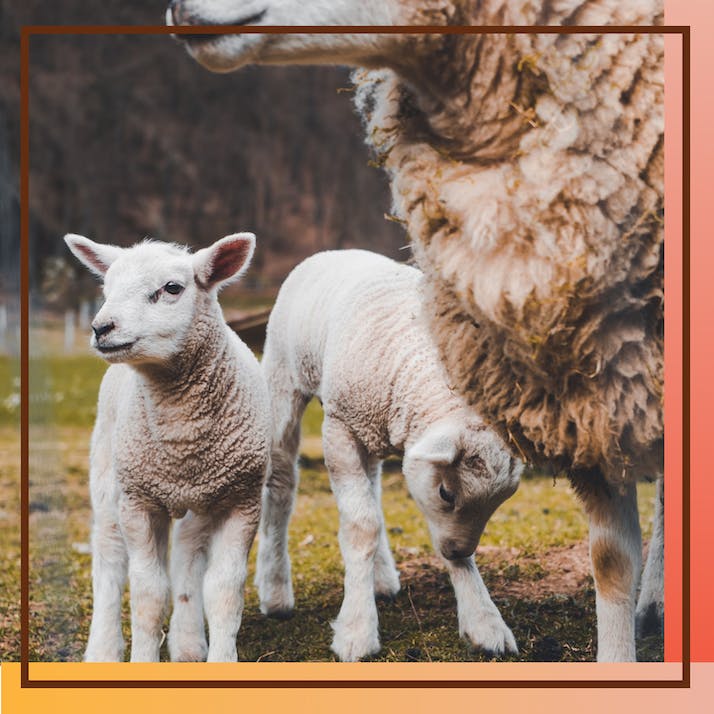 Where Does Food Come From? You Probably Don’t Know

How some food grown in Colorado—and sold around the world—claims it’s from somewhere it isn’t.

Growing up, I was baffled why those in some of the messier professions—butcher, house painter, chef, even physician—typically wore white.

These days, the clothes have changed. For instance, chef’s clothing, especially when worn on television or social media, is some of the loudest around. And Doc gets PJ-comfy all day long in her green or azure scrubs.

But back in the day, back when cultural norms came from Norman Rockwell, it just seemed odd that people who worked all day with blood and colored fluids and stuff that stained would wear white.

The explanations were many, from the commonsensical that it was easier to bleach out stains from white fabric, to the hoity-toity that housewives didn’t want male workmen entering their homes tracking in grime. It was easy to spot the dirtballs if they were wearing it.

A more obvious reason makes the most sense: someone wearing white easily can see if they’re making a mess.

In that way, the butcher’s white has become metaphor for me. The blood that may stain it is too often the blood of lies.

“”
Much of the lamb sold all over this country and around the world that is labeled 'Colorado lamb' was not born in Colorado, nor weaned nor raised nor spent its formative first months of living in Colorado.

Over and again, the place where the butcher tells me my meat is from is a fiction. The last place that most of my dinner meat (especially beef) has been is a meat processing plant; I have to swallow that commonplace as most moderns do.

But before that place, the meat likely spent some days, even weeks, fattening up in a feedlot, far from its original home on the range. And before that, a forlorn time, packed in transit on a semi-truck. And before those discouraging worlds, in holding pens close to its last home, wherever that was where the buffalo used to roam.

And don’t be cheeky to ask about hogs, much less fowl. You’ve seen the pictures.

I am a fourth-generation Coloradan, proud of my state. Not only is Colorado one of the more beautiful places on the planet to live, it raises and produces delicious foodstuffs and beverages, well in addition to its world-class beers. (I, for one, have written about its food and drink for the better part of my life.)

But much of the lamb sold all over this country and around the world—in restaurants mostly—that is labeled “Colorado lamb” was not born in Colorado, nor weaned nor raised nor spent its formative first months of living in Colorado.

It may have spent its last few days in Colorado. It may have been slaughtered and processed in Colorado. What it is, however, was merely sent forth from Colorado, thence to be called “Colorado lamb.”

Colorado Lamb Really Just Means They Were Killed in the State

It is not what cooks and diners imagine in their mind’s eye when they hear the term “Colorado lamb”—no edelweiss-sprinkled high-country pasture where ewes frolic away their summers, no Eastertime lambing in rural grassed paddocks tended by Amish-smocked family farmers.

No, the processed to-be arrive in Colorado from other states (lamb is raised, those who represent American lamb are proud to announce, “from coast to coast and border to border”) and may spend as little as a few days in Colorado, if that.

A well-respected Colorado lamb farmer told me that he watched “an entire truckload of lambs from Nebraska loaded off into [the state’s biggest lamb processing plant]” to be slaughtered that day.

(The two largest abattoirs of lamb in the state of Colorado process more than one million lambs annually. That’s 3,773 lambs every business day. At any given time, around six million sheep abide in the entire United States; no way one-sixth of them call Colorado home. Well, perhaps for a while…)

“”
I got a cold, blank stare for the answer.

The Definition of Colorado Lamb Farms Is Ambiguous, at Best

I do note that Colorado itself is one of the top-five sheep-producing of the United States. True-to-its-name Colorado lamb comes from two sources scattered within the state on both sides of the Divide: about ten percent from small farms and ranches that specialize in grass-finished animals, and the remainder from larger feedlot operations that finish their flocks on grain.

All lamb processed in Colorado—that which is raised here from birth and that which is shipped here on its four hooves—also may be labeled as “American” lamb, but does it make its way to butcher counters and onto restaurant menus as such? Or, more likely, as “Colorado lamb”? The allure, nay the premium, to call it the latter instead of the former is so seductive.

When I asked the public relations head for the American Lamb Board (an industry-funded promotion, research and information organization representing all levels of lamb production) “Is all lamb that is called ‘Colorado lamb’ raised in Colorado?” I got a cold, blank stare for the answer.

The Deputy Commissioner of the Colorado State Department of Agriculture cannot give me an answer to the same question—because he does not know. Nor can the Colorado Wool Growers Association, ostensibly “the premier legislative, regulatory and policy management organization” for those raising sheep in Colorado.

There is no statute, no regulation, to which either the state itself or any organization purporting to represent the industry can appeal; none exists.

As a rancher who tends 250 ewes in eastern Colorado told me, “If the animal is terminated in Colorado and processed in Colorado, it can be called ‘Colorado lamb’ and then sold to the purveyor”—for example, a meat wholesaler, or a restaurant supply house, or to a butcher, or chef, or anyone able to write or mouth the words “Colorado lamb” and place it on a plate before you.

“”
There is no statute, no regulation, to which either the state itself or any organization purporting to represent the industry can appeal.

Catfishing the name “Colorado” (or one of its cognates, such as “Palisade” as in “Palisade peach”) is a shenanigan practiced not merely by those who bamboozle Colorado lamb.

Is it what the Grand Valley winemaker does when he brags about his new gooseneck truck that allows him to make two or three trips to California each year to haul back 1,600-gallon bladders of California merlot or cabernet franc that he can add to his own wine and then put in bottles labeled “Produced and bottled” in Colorado?

Or the Kansas City wine bottler who pours whatever it is it pours into bottles with glass walls as thick as Truman Capote’s spectacles, embossed with the scalloped logos of the Colorado State flag, say, or the CU Buffaloes, then sells the wine in the “Colorado Wine” section of the Denver liquor store?

Is it, indeed, what the fruit stand operator in Palisade does with her (one assumes) Colorado-grown fruit for sale under her canopy during the day, while in the evening you can watch a forklift scoot palettes of tomatoes and cherries from Washington State into her holding cooler?

Go ‘round out back of her home, after the markets close down, to see the plethora of discarded fruit boxes from other states’ farms.

Is it what some peach growers do at the summer farmer’s market in Palisade, growers of peaches from Delta or Dominguez Canyon or—they say—Fruita (because the town name “Fruita” has that ring to it but where Fruitans don’t even grow much of any fruit anymore) who sell their peaches labeled as “Grand Valley peaches”? Or, if they’ve got their chutzpah up that day, as “Palisade peaches”? The tourists don’t know.

In any case, be even warier of “Palisade” peaches at the farmer’s markets this 2020 season. The Colorado Department of Agriculture estimates that close to 95 percent of the Western Slope’s peach crop was decimated by an awful freeze mid-April.