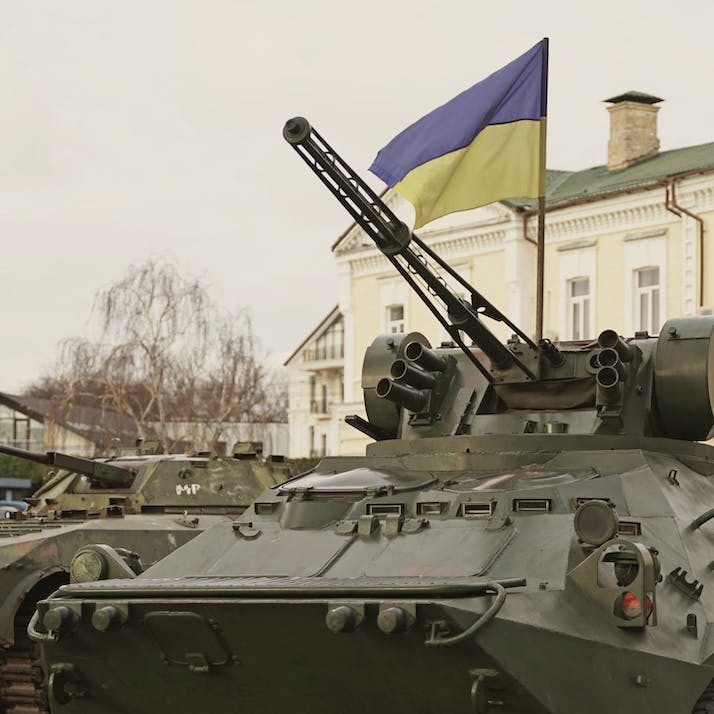 I Am in Ukraine: This Is What It's Like

I am a student in a war-torn country. Every minute feels like it could be my last.

It’s 1 o’clock at night and I can't sleep, even though I've been awake for 48 hours.

I'm waiting for an emergency alarm that can ring at any point. And as soon as it does, we have to pack our things and run away to the nearest bunker as soon as possible. It’s no movie: It's really happening. It’s still unbelievable.

There’s a lot of news. Some true, some fake, but both kinds are succeeding in scaring the shit out of us. It’s been 24 hours since the state of emergency has been declared in Ukraine. In a short period, a lot of things have happened. The airspace was closed. So we no longer can run away from here.

“”
It’s no movie: It's really happening.

I Came Here to Study; Now I'm Afraid for My Life

I'm an Indian who came to Ukraine to study medicine. There are 18,000 Indians here like me. Some of them even booked a ticket to India right after the universities declared they would go online. But as the students reached Kyiv, they got stuck as the airspace was closed.

Conditions are scarier in Kyiv than here, as it’s one of the main targets of the Russians. I'm living in the western part of Ukraine, which we thought would be relatively safe. But the Russians bombed an army base nearby. Since then, people here are panicking. We can't say for sure that we're safe. As soon as an emergency was declared, people got up at 5 a.m. to run to a supermarket to store food and to ATMs for cash. There was a huge line for anything and everything.

Tonight, as we were about to rest, we noticed that the lights in the streets were off. After a while, we got the news that three Indian students were dead in Kharkiv. Kharkiv is close to the Russian border, so there is much more panic there than here. People are stuck in the metro stations. They can't go out. For the first time, I got really scared. I live in a hostel on the top floor. Right after hearing about the death of the fellow Indians, a boy came running to our room. He said, “Turn off the lights quickly and come to the bottom floor. If you leave your lights on, the missiles may come and hit here.”

“”
I will surely get out of it alive.

We Are Not Giving Up

When you watch a movie, you relate to the hero, not to the sidekicks who die. I feel like I am in a movie and I am a hero. I will surely get out of it alive. Anyway, we turned off the lights immediately. We got dressed and took our passports and backpacks. My hands were shivering. We got news that there might be an alarm and, if it rang three times, you would have to get down. So we just waited.

Meanwhile, there were videos in our student group about the blasts going on in Kharkiv. My roommate's brother is stuck in Kharkiv. We’ve heard that the bordering countries of Ukraine, like Poland, Slovakia and Romania, would let us into their countries to take shelter. Now we have a goal to get there as soon as possible. We may go there by ourselves, but it feels risky. So we are waiting for the embassy to get us a bus or something to take us.

I hope I'll be alive to see this narrative published on The Doe.