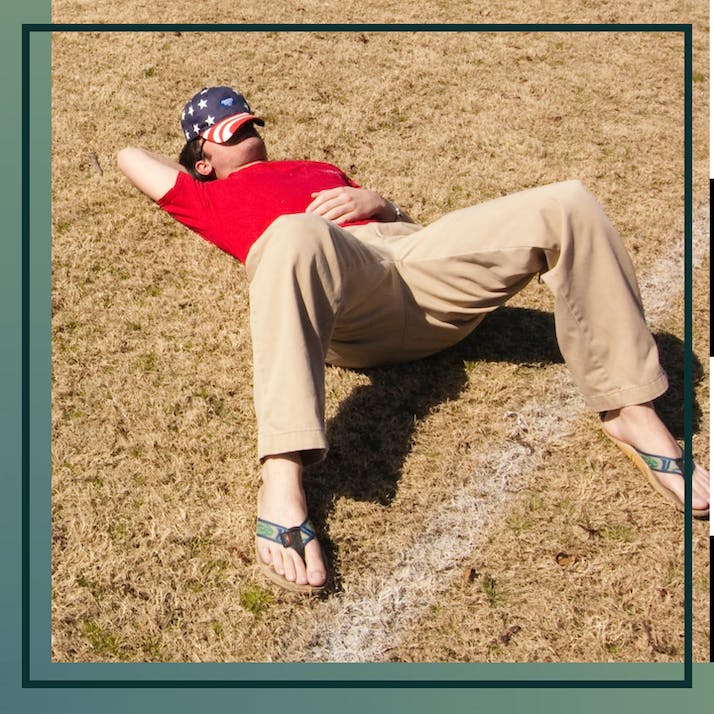 The Myth of the Lazy, Unemployed American: A Reckoning With COVID-19 and Income Inequality

An attorney grapples with the hardships many people have experienced during the pandemic, and the governmental structures that keep low-income earners at the bottom.

I fell hard for the myth of the American Dream. I believed that if I worked hard enough I could write my own destiny, and if I didn’t succeed it was my fault. So, when I didn’t achieve the things I wanted to, I blamed myself. The shame that accompanies this is compounded by the knowledge that, as a Black person in America, my failures are seen as my own doing, even when they’re not. Disadvantaged, marginalized and oppressed people in this country share this burden. When the pandemic hit, exposing the inequalities that make the American Dream impossible, the finger of the nation still pointed at us.

My Relationship With Injustice in America

I’m normally an easygoing person, but the thing that has always infuriated me is pervasive injustice in America. It especially bothers me that the general opinion of people with power is that people without power are to blame for their circumstances.

I was raised upper middle class in America by immigrants who came from the kind of poverty that’s often associated with life in a developing country. Because of this, I was taught that as simple as a flip of a coin, one could be born into a life of wealth or a life of want, and that while you should work hard, that isn’t the only route to success. My family worked very hard to get to this country, but by no means was that all it took. Being in the right place at the right time and accepting the kindness of others came into play.

As a young adult, I noticed that many people believed the false premise that victims can be blamed for the actions of their perpetrators. Whether it’s pertaining to sexual assault, intimate partner violence, housing inequalities, police brutality or the failing justice system, it’s acceptable in many circles to criticize the powerless for circumstances being the way they are.

It incenses me that those in powerful positions and those who benefit from injustice operate under these assumptions. The most blatant example is that if people of color, like myself, don’t achieve success, there’s an unspoken, racist assumption that it’s because of something inherent in us, whether it’s laziness, incompetence or lack of skill.

This was why I wanted to go to law school. I wanted the power to stand up, use my voice and fight for those who no one would listen to. As an attorney, I could change the narrative.

“”
In America, there aren’t enough dreams to go around.

Today, I am an attorney, but I have yet to find my American Dream. I’m ashamed that I haven’t been able to dedicate my career to helping other people obtain their American Dream either.

Because my family achieved this dream, and because I was a hard worker, I believed that it was possible for me, too. But, in America, there aren’t enough dreams to go around, especially if you’re not born into generational wealth or you’re not white, able-bodied, straight or cisgender. The systems that built this country to be what it is today aren’t designed to support everyone’s success. If they did, that would take away from those that the systems were created to protect. Of course, there are exceptions, people who slip through the cracks, but a few people who have “pulled themselves up by their bootstraps” are insignificant compared to the millions who aren’t able to. Many times, even those anomalies are not what they seem.

I am one such anomaly. At first glance, my story would appear to support the notion that hard work will garner a person success, even if they are part of one or several marginalized groups. I worked hard and furthered my education just to get closer to my American Dream, while being Black, queer, a child of immigrants and learning disabled.

But the following is also true: I’m unemployed, and this isn’t the first time. I was laid off due to COVID-19 from the first permanent job I’ve had in almost ten years. I moved across the country for this job and was only employed for five months. I’m in a quarter of a million dollars in debt from the very degree I can’t leverage to find a permanent job. I’m scared every day that I will never own a house or make enough money to retire.

Graduating from law school was one of my proudest accomplishments. Sometimes I’m not even sure how I managed it. Finding a job afterward, though, proved to be much harder. I graduated during the financial crisis in 2008, and my struggles with ADD, resulting from a lack of health insurance, greatly affected my GPA, which in turn affected my ability to get a job with a well-paying private firm.

After a few bumps in the road, I earned a couple of positions working in the public sector, but they were unpaid. I had to shift gears so that I could pay my bills, including my growing student loans. For years, I used my undergrad degree and worked hourly jobs. A couple of times, opportunities opened up, but they soon fizzled out. All the while, I amassed more debt because I simply wasn’t making enough money to survive.

I shifted gears again and started working temporary, contract positions in financial compliance. Thankfully, the pay was decent, but they didn’t provide health insurance, and there wasn’t much room for growth or job security. In addition, these jobs didn’t involve the practice of law, so if I attempted to find a job practicing law again, I’d only be eligible for entry-level compensation. Entry-level salaries are low, but acceptable when you’re a recent grad—not for someone who has been out of school for years and certainly not for someone with debt.

Instead of giving myself a break because I was doing the best I could, I blamed myself for my inability to obtain my American Dream. I was working for the very banks that helped make my ideal legal career impossible. The same banks that, though they were responsible for the economic crash, were swiftly bailed out by the government, instead of having to deal with the consequences—unlike the rest of us who had nothing to do with it. I hated that, in exchange for a paycheck that would only temporarily cover my bills, I had aligned myself with these institutions instead of the people I was supposed to be advocating for.

America’s unfair policies and discriminatory government practices function only to improve the lives of the wealthy, while making everyone else’s lives more difficult. While this has been going on since the birth of this nation, the consequences have been critical during the COVID-19 pandemic. Even though the pandemic has taken a stranglehold of the economy, student debt still looms and we still have bills to pay. Yet, for months the government nursed (and continues to nurse) a debate over whether those who are unemployed deserve unemployment assistance because it supposedly discourages work. Huge corporations, however, have once again been bailed out.

For me and so many others, unemployment doesn’t mean that we stop working. More than 12 hours a day, including weekends, I look for jobs while trying to expand my once part-time freelance career. I started a very part-time retail job, putting my health at risk so that I can support myself until a full-time job materializes. The state I live in miscalculated my unemployment benefits and the only way I was able to barely stay afloat was the $600 per week COVID-19 unemployment benefit. Three months later, I was still unemployed, the $600 benefit was eliminated and my unemployment claim ran out.

The truth is, unemployment benefits (particularly with the COVID-19 add-on) are often more than what people make at a job no matter how hard or how many hours they work. The issue isn’t whether benefits discourage work—the issue is that most people in America do not make a living wage. For those of us who do, or have the potential to, the pay is rarely enough to dig ourselves out of our student loan debt. The fact that the government is unwilling to bail out its citizens the way it bails out big corporations—while pointing the finger at us for being unable to pay our bills—is appalling.

“”
Three months later, I was still unemployed, the $600 benefit was eliminated and my unemployment claim ran out.

COVID-19 Is One More Injustice That Isn’t Going Anywhere

America’s citizens are struggling with this pandemic as Congress continues to argue about whether or not it will approve another stimulus check. The already severely flawed education system is now riddled with complications due to the pandemic and lack of government support.

The pandemic still rages on in much of the country, but some people feel so entitled that they don’t wear masks to protect themselves or other people. Medical professionals and essential workers are on the front lines to save our lives and make our existence as normal as possible, while naysayers claim the pandemic is a hoax.

Racial disparity is only now becoming apparent to everyone but people of color—because everyone is home with nothing to do but watch the news. Instead of truly working to eradicate racism and white supremacy, many are simply capitalizing on America’s sudden “wokeness.”

I’m still trying to unlearn the fallacy of the American Dream today. Being blamed for not having a steady job or having massive debt turns into internalized shame for even the most seemingly upwardly mobile people. The rhetoric that we must pull ourselves up from our bootstraps—and that hard work is the only key to surviving in this country—is a false narrative that harms us even when we know it's a lie. That myth created the fabric of this country.

Thanks to racism, capitalism, sexism, ableism, homophobia, transphobia and xenophobia (to name just a few), this is not the American Dream—it’s a nightmare. My hope for tomorrow is for the powers that be to acknowledge reality and stop gaslighting us into believing that the responsibility for our success or failure rests only on us. Only then will we be able to work toward justice and parity. But I fear that, at least during my lifetime, that day will never come.