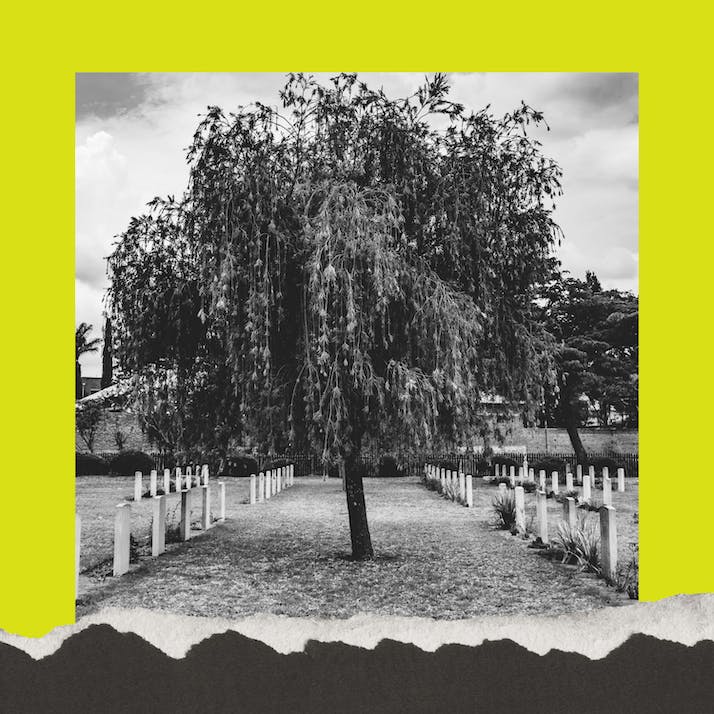 When My Father Died, I Turned to YouTube for Online Grief Support

How the world of online song comments helped the author grieve the death of his father.

I always held the notion that grief contained five distinct stages: Emotions of denial, anger, bargaining, depression and acceptance every human inevitably faces in their lifetime. Admittedly, I often thought of the five stages of grief more as a psychological platitude introduced to college freshmen during the first weeks of Psych 101 than a tried-and-true human experience. But three years ago, I encountered the realities of the alleged Kubler-Ross model of grief after the sudden, unexpected death of my dad. And while the stages didn’t occur in a linear sequence by any means, I experienced varying shades of each emotion, all at intermittent times, and each in different, but very real ways.

The flashes of shock and denial about losing my dad at an age when he wasn’t supposed to die. The brief, but potent anger and frustration of not being able to say goodbye, telling him everything he meant to me like I always imagined I would when that day came. The depression and detachment that washed over me for weeks, and sometimes months on end—which would inevitably fade away only to reemerge when I least expected it. The constant emotional and philosophical search to find meaning in it all. And, of course, the acceptance that eventually resolved everything, even leading to a feeling of gratitude. Not surprisingly, it was the so-called bargaining stage—the period when we reach out for some kind of emotional support—where I did the most healing.

“”
But the place I discovered it most was somewhere I never expected it: the comments section of YouTube.

Coping With the Death of a Father Is Never Easy

I found the comfort of bargaining in a lot of places: A cozy attic office with a compassionate therapist in an old Victorian house-turned-office on the west side of town. Through conversations with my wife, my family, my friends and acquaintances who reached out.

But the place I discovered it most was somewhere I never expected it: the comments section of YouTube.

It was the soft spot of the internet that supplied me with the venue I needed to help heal my grieving mind. I discovered this tender underbelly in the comments section of YouTube’s seemingly endless supply of on-demand music—the fastest way to track down a particular song for those of us without premium streaming subscriptions. Specifically, I found it in songs that reminded me most of my dad.

I think I can trace this music-to-memory phenomenon back to a couple of my most notable and unexpected moments of grief. The first happened late one night in a grocery store when a relatively obscure ‘90s one-hit-wonder quietly emitted from the store’s PA system. That song flooded my mind with a memory of my father that forced me to confront his death in such an honest, visceral way. I felt panicked and paralyzed at that moment, overcome with a sadness that’s impossible to describe, but easily recognizable for anyone who has lost someone close.

Then, it happened again. A few months later I was driving and my AI-generated Spotify playlist threw out a song that shot me like an arrow through the heart. That song instantly made a decade’s old memory of a moment between me and dad feel new and fresh and just formed. I pulled over to let that song swallow me whole that afternoon, reliving a memory and getting lost in emotion throughout the six minutes that remained. It’s also the first time I truly cried since the day he died. Looking back, I can say that I needed those tears. I needed that grocery store breakdown. I needed to revisit those memories with my dad to push me out of my depressive rut. I needed those songs to show me a better way to grieve him.

“”
I needed those songs to show me a better way to grieve him.

Music Provided an Outlet for Reflecting on My Bereavement

It’s no surprise that music was the thread that tied together these moments of grief for me. Ever since I was a kid, my dad and I bonded over music more than anything else in the world. I think he’s the only person who could connect with music the way I could. But it wasn’t until I discovered the YouTube comments when I realized I could translate those connections into moments of healing. And late one sleepless night, I decided to revisit one of those songs in a place where I could tell my story and do my bargaining. I typed the name of the band whose short-lived radio hit floored me in a grocery store some six months earlier. I let the song play and wrote from my heart about what it meant to me. I tried to capture all the memories and all the feelings it reawakened in my mind.

It was like standing up in a group therapy session after months of saying silent and finally letting my story spill out of me. It felt cathartic and cleansing, letting me be in totality with my most honest emotions: To relive a memory, but also to share what that memory means with anyone who might listen and understand. To be vulnerable and brave all at once. To try to make sense of it all, even just a little, even for just a moment. In a lot of ways, it felt like a drug. I craved something intoxicating I couldn’t drink or inhale. Those never helped me heal. I found that drug when I wrote those words that night and hit send.

Over the course of the next couple of months, I wrote several more of these comments. Some with my real name, others behind an alias of a forgotten Google account whose password I was somehow able to recall. I wrote about more memories with him. I wrote about the things he taught me about music and about life. I wrote about the things I wish I could have told him before he passed. I wrote to keep him alive in my mind for what felt like one final visit, giving me an outlet for the frustration I felt about not being able to say goodbye. The more I wrote, the more I realized I was not alone in using this side of the internet to bargain and find some kind of meaning in pain and loss. I was joining a chorus of anonymous grievers sharing their stories and memories of what a song means to them.

How the one-hit-wonder—that brings back fond memories of a summer vacation for me—reminds a father of saying goodbye to his son before he was deployed to Iraq and killed in action a year later. How a Pearl Jam song I introduced to my dad, on a night where we both couldn’t sleep, stirs up emotions for a daughter navigating the throes of her mother’s dementia. How an indie rock album that let me revive the memory of an evening I spoke with my dad for hours on end reminds someone of their struggles with depression. All of these people taking an opportunity to stand up, share and find some kind of relief in their pain, to uncover meaning in their memory.

A lot of the comments I wrote are gone forever, lost due to copyright infringements of unauthorized uploads. But there are a few that still remain. While I was writing this article, I checked back in to read a couple of them and they had resonated with many people—a big surprise. One person, in particular, had a profound observation about one of my comments:

Thank you for sharing. If art is how space is decorated, then music is how we decorate time. Each song is a time machine that takes us back to moments in our pasts.

“”
All of these people taking an opportunity to stand up, share and find some kind of relief in their pain, to uncover meaning in their memory.

It’s no secret that music has a powerful connection to personal memories. Study after study has confirmed that our brains are hardwired to link certain songs with certain long-term memories. It was taking that next step and writing about what those memories meant for me that made that connection something tangible and therapeutic for me. Something recorded and captured, like a photograph on a wall decorating a space. Words stitching together the past and the present, helping a wound heal while leaving the scar of a story behind.

In a lot of ways, these comments are my means of memorializing my dad. Eulogies etched in the record of the time capsule that is the internet. Perhaps a lozenge of support to someone who stumbles upon it, but mostly as a keepsake for myself: a complement to the photos of my dad that rest on the shelves and walls in my home. My way of decorating time with memories of him.

Looking back, I realize I needed those songs and memories to fully grieve him, to let him, and the depression go. Now when I listen to those songs again or read the comments I wrote, I feel gratitude. I’m grateful I had those songs in various stages of my life, from youth to adulthood, capturing a timeline of meaningful flashbacks with my dad. I’m grateful I had someone to share that music with and a place to share my stories. I’m grateful I’m at peace now and I feel fortunate to have a soundtrack—with a couple of liner notes—for my memories of him.