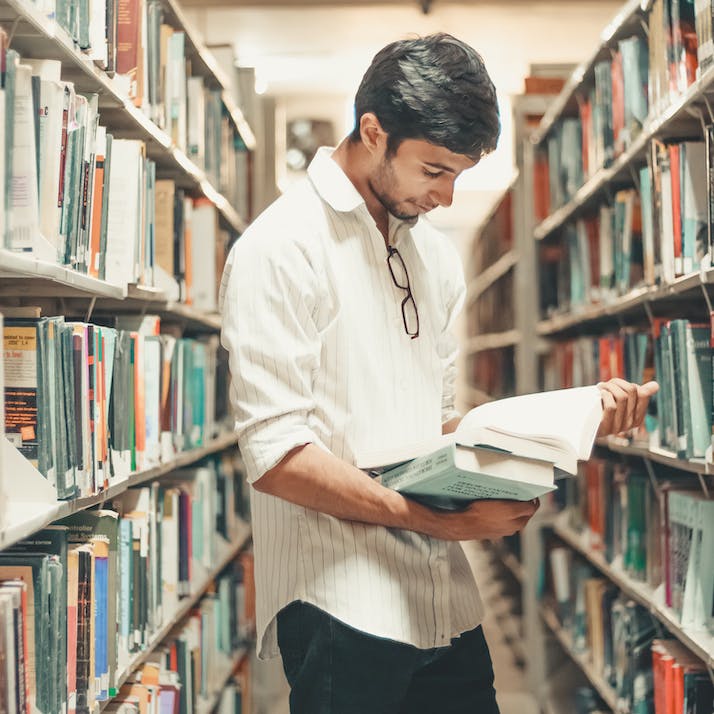 Being a Conservative College Professor Makes Me Toxic

A college professor writes that his political leanings have left him ostracized.

Unlike other minorities, who are heavily recruited and fawned over by campus administrators, my presence on campus is viewed very differently. People like me, you see, have been all but banished—our presence thought to be a cancer to the “inclusive” environment of higher education. After all, to be anything other than a political progressive on a modern college campus brings with it the risk of exposure and the penalty of ostracization—or worse, career death.

Not even the 1960s-style liberals are safe anymore. Their commitment to free speech and academic freedom having faltered under the “progressive” ideals of identity politics, mandated support for diversity agendas and a level of groupthink typically seen only in religious cults.

So, if those affable 1960s liberals and their quaint notions of freedom can be intimidated into silence, imagine what it’s like to be a political conservative—the arch-nemesis of progressives—working on a progressive campus.

It Was Easy to Hide My Political Opinions, for a While

My career started like most others who earn a doctorate in the social sciences and humanities. I took a job at a respectable state school and started learning the ins-and-outs of teaching, conducting research and campus politics. After lots of work and some success, I was lucky to be hired by a top social science program in the United States. Indeed, the first half of my career was hardly unusual. I taught my classes, published one paper after another and eventually was recognized as a serious scholar. I served on editorial boards of scientific journals, reviewed grants for various funding agencies and was invited to be on the boards of academic societies.

I was on an upward arc. I had friends and colleagues I liked. I attended parties, socials and meetings where we enjoyed each other’s company—laughed and told academic war stories. But I held a secret from them. After years as a political liberal, I doubted the route American liberalism was taking, broadly, but much more so on university campuses. I could no longer pretend that I supported the left’s headlong rush into identity politics, and I began to see more clearly how progressives had used the institution of science to push claims that were too often overstated or even fabricated. Thus, after much reading and soul searching, I reevaluated my views—finding them better aligned with classical liberalism and Burkean conservatism than the new dogma.

Then I made the mistake of letting people know.

The timing couldn’t have been worse. Left-wing activism, sponsored by the growing presence of “grievance studies” programs and newly-minted diversity czars, realigned campus politics and class syllabi. The environment became increasingly policed by the new regressive left, many of whom exercised considerable campus power. Conservatives, classical liberals, libertarians and even other progressives became targets.

It was in this environment where the assault on Charles Murray occurred, where conservative voices were routinely attacked and silenced, and where anonymous complaints landed many in the crosshairs of Title IX inquisitors. Universities poured millions of dollars into rooting out academic deviants, often under the banner of preventing or responding to “bias”—and the regressive left was put in charge of the efforts.

“”
Most of my friends stopped talking to me.

Being a Conservative College Professor Destroyed My Reputation

Few really understand how well-policed modern campuses have become and how many faculty are fearful of saying anything that could bring them unwanted attention.

For me, the results were immediate. Almost overnight, offers to write and to conduct research evaporated. Most of my friends stopped talking to me. I was no longer invited out for drinks, or over to the homes of colleagues, or even greeted when I entered the office. My clout and intellectual legitimacy were gone, replaced by growing suspicion about my morals and my motives. Rumors swirled. Everything in my life, it seemed, was opened to scrutiny and reinterpretation.

Charges of being a racist came first, followed by other unseemly and patently hollow allegations. Students circulated a petition demanding my job. My graduate students were harassed and, eventually, none would work with me for fear they wouldn’t be employable when they graduated.

I had, as they say, become toxic.

College Professors’ Political Affiliation Can’t Lean to the Right, at All

I’ve had students placed in my classes to act like snitches, been cursed at while attending professional meetings, been disinvited from giving talks at other universities and had a formal complaint lodged against me because of what someone at another university said to someone else about me.

You get the point.

There is a price to pay for academic work that sometimes confronts progressive narratives, but that price pales in comparison to coming out as a scholar with politically right leanings. You see, I’m not for gun control, affirmative action, abortion or nationalized healthcare. That said, I’m also not opposed to reasonable efforts to keep firearms out of the hands of criminals and the seriously mentally ill, nor am I opposed to making every effort to ensure a diverse hiring pool is achieved. I don’t want abortion banned, just regulated, and I realize people need healthcare—I’m just not sure nationalization is the best route.

These views hardly qualify me as “right-wing,” except on campus, where dissent qualifies one to wear the label. Labels, too, matter. Every profession has its coded language—that is, words used that mean something very different to those inside the profession. For academics, calling someone “conservative” is tantamount to calling them a racist, sexist, homophobic and stupid—simultaneously.

It is a term of derision, contempt and mockery, the use of which is reserved for individuals and groups they hate. If “hate” sounds hyperbolic, I can assure you that hate is exactly the level of emotional intensity that typically accompanies use of the term. Quite literally, I’ve listened to colleagues openly proclaim their hatred of “conservatives,” often with the qualifier “fucking” used for emphasis. Never have I witnessed anyone correct them or dissent or even suggest that such comments might be unwelcome or unnecessarily abrasive.

Even Hiring Decisions Are Affected by Political Beliefs

Malice often slips into other academic areas, such as hiring. To be certain, I’ve never witnessed any direct exclusion of applicants based only on their politics. What I have witnessed are hiring committees examining the social media accounts of applicants to verify their race and gender, and to see if there are any indicators of political affiliation.

Belong to a group they don’t like—especially the NRA—and your chances drop considerably. Belonging to the ACLU won’t necessarily get you the job, but it certainly won’t disqualify you.

If discrimination is to be found, it comes by way of race and gender. Here, they no longer try to hide it. In open meetings, for example, it is not uncommon to hear colleagues defame white men or to push for hiring only blacks or women. Either way, they don’t define their actions as discriminatory, but as moral. This is one reason I’m convinced that most liberal faculty don’t see the biases that benefit only them and that harm others. When bias is seamless and unchecked, it is invisible.

I wish I could tell you that I was strong throughout all of this, but I wasn’t. I felt the cold sting of rejection, especially from those I once considered friends and colleagues. I felt helpless as my character was assailed by cowards who hide in the shadows casting aspersions, and I felt anger, followed by despair, knowing any protest would intensify their cruelty. I’ve felt alone and alienated from a career I once loved, but above all else, it has been the loneliness that has been most difficult to endure. Scholarship, for me, was also very social.

I Still Support Universities, Despite How I’ve Been Treated

Despite my experiences, I still believe in the promise and mission of higher education. A healthy and vibrant university system is a net positive for any country, but especially for one that places so much weight on educational credentials and scientific knowledge. However, the long-term vibrancy of our system is no longer guaranteed: cracks in support are already showing. No institution, much less an educational institution, can survive when captured by partisan zealots. While political conservatives have already been marginalized or purged from most campuses, there is every indication the zealots have turned their eyes towards other liberal and progressive faculty who do not walk in lockstep. If you care about higher education, you should care that the necessary ingredients of freedom of thought, speech and dissent are waning under the corrosive agitation of progressive activism.

There are good people in academia, many of them, but the zealotry of charlatans creates awkward sets of incentives that silence the majority. Precious few are willing to risk their careers and reputations standing up for their beliefs. They go along because they are rightfully afraid they will become targets and that their lives and careers will be negatively affected. Why, after all, would professors, many of whom enjoy tenure protections, elect to remain silent? Because they have seen what happens to those who don’t.