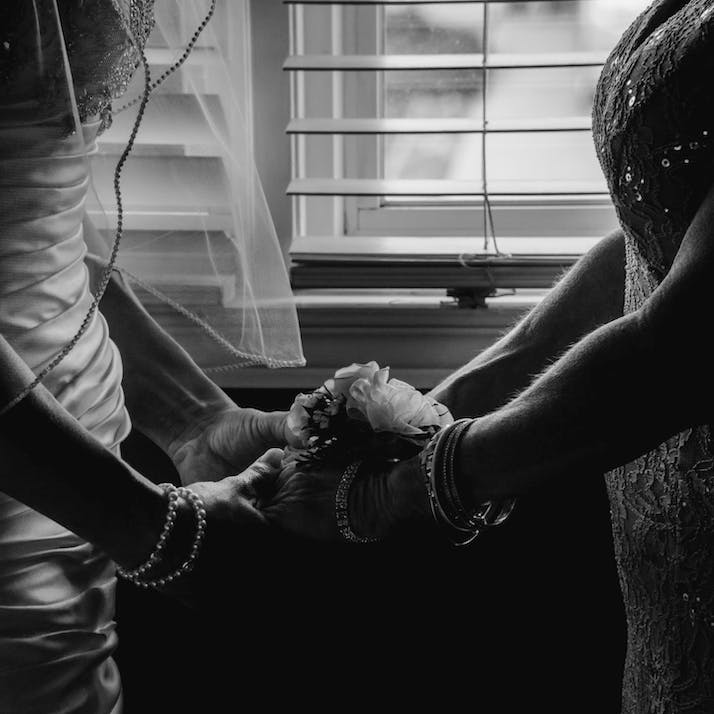 I miss my relationship with her, but I knew it could never last.

When my ex-husband asked for a divorce, we had been together—between dating and marriage—for 17 years.

We started seeing each other at 18, and I grew up with his family as my own. His father officiated our wedding and told me after the ceremony that he thought of me as one of his biological daughters. His wife treated me the same. My own mother died when I was 24, and my mother-in-law gently filled in some gaps without ever attempting to take my own mom’s place. She was there for the birth of both my children and took care of me afterward when I was recovering from C-sections and too doped up to hold my children. We went on more than one trip just the two of us. We frequently had lunch.

When the messy divorce process started, my soon-to-be ex was acting erratically. He told me and everyone else how happy he was to be able to go out and hook up again. He said he no longer had any interest in being sober and, in my presence, threw his 12-step book in the trash. His mood was unpredictable and often scary. He admitted to being suicidal, and I began to fear he was having some kind of psychotic break.

I called my mother-in-law. I told her about how he was acting. I begged for her intervention. I didn’t want him living alone with my kids. She told me my concerns were unfounded. She was his mother and a psychologist who specializes in couples, so I told myself I was the one overreacting. I was the bad guy here, as he repeatedly insinuated. I thought I was paranoid. I agreed to shared custody.

I Made the Difficult Decision to End Our Relationship

After making it through the divorce process, his mood stabilized a bit once we each moved to our own places. At least I didn’t see any volatility, and my young children didn’t report any. He began dating his assistant, who helped him run his business and his life. I went to therapy and was diagnosed with complex PTSD and a panic disorder. I started taking medication and the past started making more sense.

Through it all, I tried to keep a relationship with my now ex-mother-in-law. After all, she was still my kids’ grandmother. She told me she still cared about me, but when I talked to her, I felt her holding back. I couldn’t talk to her candidly—about everything from my husband’s addictions and infidelity, to our marriage communication issues to issues of parenting, friendship and the grief over my own mother’s passing—like I did when I was married. I couldn’t stop thinking about everything she knew about my life and how little concern she had about what I reported to her.

By the time my marriage had been over for almost a year, I made a decision: I no longer had a mother, biological or otherwise. The anniversary of my mother’s death was in the beginning of May, a week before Mother’s Day. My ex-mother-in-law had been texting and calling me, asking when we could get together. She offered to take me out for a pedicure, lunch and to come play with the kids at my house. I’d been avoiding her and she was onto me. I scheduled a call.

“You’ll always be my kids’ grandmother,” I told her, “but I need our relationship to end.”

I’d never broken up with anyone before.

She talked about how when I’d come to her, she didn’t understand, which was why she didn’t do anything. I nodded as if it was a satisfactory answer, but it was another in a series of enabling excuses she made for her son.

“You don’t want us to contact you anymore?” she asked, speaking for her husband, something she often did.

“Not unless it’s about the kids,” I said.

She began to cry. “I feel like I’m losing a daughter,” she said.

“You are,” I said, letting myself cry in front of her for the first time since the divorce. And I said goodbye.

I Still Miss My Ex-Mother-in-Law

On Mother’s Day, my first as a single mom, I took my kids to the beach. We had an awful time. My daughter ran into the ocean with her clothes on and had a meltdown. My son wouldn’t go near the water, so I abandoned him on the sand to keep my daughter from drowning. He cried because he wasn’t having fun all alone in the sand. I bought cinnamon rolls, which were disgusting. I stripped the kids down to nothing in the back of my car, wrangled their sandy bodies into clean clothes and then we drove the hour and a half back home. We were in the car longer than on the beach. I got home exhausted and washed my filthy children, fed them and felt thoroughly sorry for myself.

I found out later my ex, his girlfriend and his parents had spent Mother’s Day together at a garden. They’d been playing doubles pickleball. The girlfriend often had lunch with my mother-in-law. They probably got pedicures. They were planning a vacation together. How easy it was for her to find a new daughter, I thought, while I now was truly, for the first time, motherless. But I don’t want her. She told me for years to stay in a marriage in which I was being abused and mistreated. And she continues to make excuses for his behavior, his actions, his words, even when they are flung in her other children’s faces, her husband’s face or her own.

I still miss her. I miss her so much—more than I miss her son. I still cry over the loss of her and my father-in-law, long after my tears for her son have stopped. I don’t know if there was ever a universe in which I got to keep them, but they did once promise me.

In college, my ex was accused of sexual assault. Why didn’t I run? I believed him. Why? Because, while we sat outside his university hearing, my father-in-law called me a saint, joking I was good to stay. My mother-in-law said that if it came down to it, they’d choose and keep me instead of him.

He was found “not responsible,” and I believed the ruling. I believed my in-laws—that I was good to stay, that it was the right thing to do, to stand by him, the wrongly accused. They called me a saint for years, and, as a non-religious person, it didn’t occur to me until after the marriage to question that saints become canonized when they die, losing themselves in the service of God. Their son was their god. They wanted me lost.

I wrote her a letter I do not intend to send, which said, among other things: “I’m so mad at you. I miss you so much. I love you. I know you’re gone, though. You’re not my mom. You were never my mom. You’re his mom. I had a very good mom. She never would have left me if she had any control over it whatsoever. I was loved unconditionally. At least I have that.”

I can’t have a mom, but I am a mom. I can be a mom who believes her children when they tell her they’re scared or hurt. When my children cause pain—because everyone makes mistakes at some point—I can help them repair the damage they’ve caused. I can tell them that helping is what makes them good, not believing they are right. So, while I still mourn my moms, I can learn from them, their mistakes and virtues.