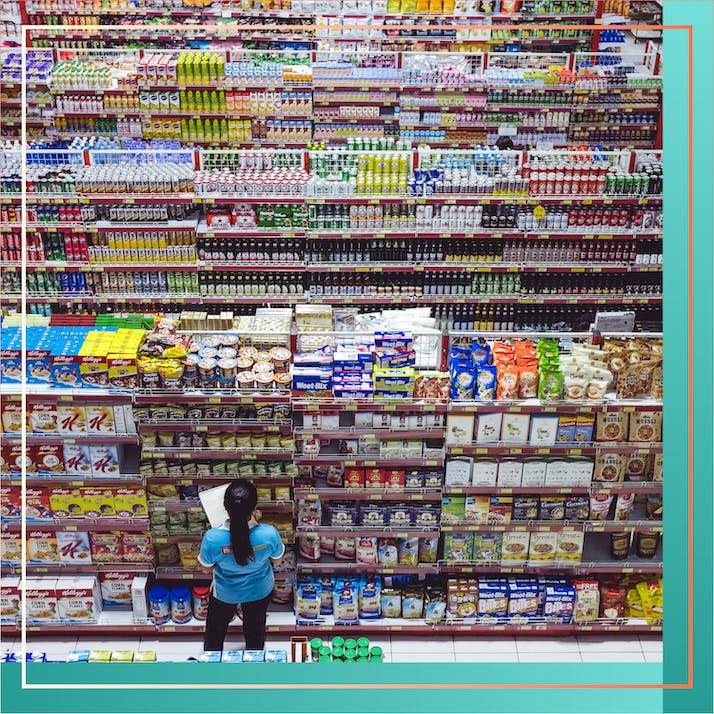 Conscious Consumerism Is a Foreign Concept to Americans

An environmental activist explains what the citizens of the U.S. must do if they want to avoid catastrophe.

Americans chronically choose more: more money, more success, more stuff. We prove we’ve accomplished more with designer brands, expensive cars and the newest phone. We do this despite the consequences. This prioritization of personal gain and lack of consideration for others, both proclaimed as an essential individualistic American mentality, is really the classic definition of selfishness.

And it’s killing the planet.

In 2018, I wanted more. My life felt unfulfilled and lonely. Success wasn’t helping. So, I went to Hawaii. After a decade of hearing my father retell stories of his Hawaiian ocean adventures, I decided to earn my dive certification so that I, too, could explore the big blue ocean and all its creatures.

I wide-stepped off the dive boat into the grand waters with my scuba tank and fins. My excitement dissipated as quickly as the bubbles from my regulator. The coral was white. Only a handful of marine creatures still called the large reef home. Discarded goggles floated past. A cigarette lighter bobbed along. This wasn’t the ocean world my father had described.

My parents raised me to do the “hard right” over the “easy wrong.” Yet, as I breathed into my regulator, I realized the site before me represented years of choosing the easy wrong.

I was a self-proclaimed environmentalist who didn’t do anything, and I wasn’t alone.

Americans recycle approximately 35.2 percent of waste, says the Environmental Protection Agency. We generously donate money to and volunteer with environmental organizations around the world. Schools teach us littering is wrong, endangered animals should be protected, and to leave no trace when we enter the wilderness. Seemingly, we are doing a lot right—yet the Hawaiian coral reefs bleached in only a decade.

As I encouraged my reluctant family and friends to change our unsustainable lifestyles, they rejected every suggestion of mine: to air dry clothes, switch to biodegradable sunscreen, compost, use reusable napkins and so forth. Becoming an environmentalist took effort and time, two things they were unwilling to give up.

They wanted the easy wrong.

No evidence of rising sea levels, bleached coral or dead whales on beaches with plastic exploding out of their stomachs could change their minds or their habits. Their journey to more money, more success and more stuff didn’t include spending more time on things they didn’t consider important.

Is the Planet Dying? At the Rate Americans Consume Natural Resources, Yes

Economists use consumption to measure economic growth, which they call the Gross Domestic Product (GDP). GDP is an aggregate of all goods and services produced in an economy over a period of time. A healthy and booming economy, according to Stanford University’s “The Facts of Economic Growth,” and is commonly agreed-upon in the economic community, is an annual average GDP growth of two to three percent, meaning a two to three percent increase of production. More production requires more consumption based on the principle of supply and demand. Ultimately, in terms of GDP, a healthy economy requires individuals to buy more, then buy even more the next year.

Clearly, Americans are consuming Earth’s resources faster than the planet can produce. When we abandon the complete picture to look at only the short-term dollar value of the economy, the environment suffers. GDP cannot be an adequate measure of economic success because it fails to recognize the negative impacts of production.

GDP also fails to recognize the long-term stability of a country’s economy. People suffer as a result. We are currently living through a sample of what our economy and livelihoods will look like if production suddenly stops. Production during coronavirus has drastically dropped, proving that an economy reliant on production and consumption can quickly flip and leave millions of citizens without income. If this is our economic state with reduced production, try to imagine our economy when it’s unable to produce due to the monumental weather events predicted to come. Living through a Greater Depression and a Greatest Depression is ahead if we don’t change the system now.

Both of my parents worked hard to live in their overly-spacious house with a more-frustrating-than-enjoyable backyard. My mother grew up poor. Her annual gift from Santa was an orange in her stocking. My father grew up in a working-class family in a rural Iowa town. He worked his way through college, even taking a couple of semesters off to earn money to afford tuition. They’ve earned their worth and celebrate it with new kitchen gadgets, house renovations and daily Amazon shipments delivering the things they want—almost immediately when they want them.

Humans will naturally always consume. Consumption is not the enemy. The selfish American pursuit of more, resulting in overconsumption, despite the terrible effects on the planet, is the problem.

“”
Americans are consuming Earth’s resources faster than the planet can produce.

According to a study conducted by the International Solid Waste Association, a minimum of 32.5 kilograms of CO2 is released into the air for every pair of jeans produced. Most jeans are washed and dried an average of 50 to 75 times, releasing an additional 18.6 kg of CO2 into the atmosphere. Thankfully, it’s possible to significantly drop the environmental impact of a pair of jeans. Wear them more often, mend when they rip, wash less often, wash with cold water of 90 to 110 degrees Fahrenheit, air dry and recycle them when they’re done. Yet, most Americans don’t want to give up the effort and time required to do take those steps.

I’m not a sustainability saint. While traveling recently, both pairs of jeans I had packed ripped. Out of habit, I tossed them. Then I realized what I had done. Above the garbage bin, I imagined a poof of greenhouse gases billowing into the air. The image haunted me as I walked to the mall to purchase new jeans. Along the way, I entered a secondhand store and walked out an hour later with two new-to-me pairs of jeans for only 12 Euros.

That same night, as I sipped a glass of local wine I bought with the money saved from purchasing secondhand jeans, my mind drifted to my glitchy phone. The phone was purchased almost two years earlier, so it was about time to replace it, I thought. Then I paused, remembering my sustainability efforts and looked up the environmental effects of a single phone.

According to a study by Italian economist Annarita Paiano, phones excrete waste 200 times greater than the weight of the phone. This large environmental impact requires longer use of the phone—generally five to ten years—to balance the personal benefit to the environmental impact. Yet, the average American replaces his/her phones every year or two.

Americans are the leaders of the current “take, make and waste” system, but they’re not the only ones who do it. Every person and every country should do more for the planet. We should all become conscious consumers. The environmental crisis is a universal issue. However, as a global leader and, according to the Union of Concerned Scientists, the number two most carbon-emitting country in the world, the United States carries the biggest responsibility to be a leader in the environmental movement. People around the world look up to the U.S. and try to emulate its values. Instead of demonstrating consumption and selfishness as the tricks to gain more in life, Americans should strive to do more for the planet and share that value with the world.

“”
The solution to the environmental crisis isn’t easy.

I offer some solutions that I, myself, have done my best to institute: Refuse products designed unsustainably. Reduce what you consume. Reuse materials instead of opting for single-use products. Repair what you own. Rot (aka compost) everything you can. Recycle what you can’t compost as a last resort. These are called the Six Rs. We should strive to do all of them all the time, but perfection is overrated. Even making one sustainable decision daily leaves a positive footprint on the planet. Over time, a sustainable lifestyle will become a habit.

Additionally, we as consumers must advocate for a system that doesn’t honor consumption and selfishness. To do this, we vote—with paper and money. We must demand businesses to be transparent and develop plans to significantly decrease their environmental impact. We should tell government officials that the current system isn’t working for us and push them to legislate and enforce change.

The solution to the environmental crisis isn’t easy. Conscious consumerism takes time and effort. I’m not asking you to overhaul your lifestyle overnight. It took me years to learn to love secondhand clothes and swap juicy cheeseburgers with plant-based versions. To this day, I’m not the epitome of sustainability. I travel frequently, love cheese and recycle poorly. Still, every single day I aim to be more sustainable than the day before and advocate for systemic change. I’m taking personal responsibility for my selfish actions in my personal and business life. All Americans, business owners and government officials should take responsibility for their selfishness.

My sustainable habits are rubbing off on others, too. My parents purchased a secondhand headboard, instead of buying a new one and painted it with leftover paint. According to the Furniture Industry Research Association, this saves approximately 22 kilograms of CO2. It took time for them to see the benefits of a sustainable lifestyle and dedicated effort to start the transition, but each sustainable lifestyle swap is becoming easier and easier for them. It will for you, too.

The planet is dying because Americans are selfish. The environmental climate crisis is already here. It’ll only get worse. The time to change is today. Let’s strive for a system that values the kind of happiness more money, success or stuff cannot replicate. We can still strive for more, but this time we need to strive to do more for the planet. It starts by giving more time and effort—even when it’s hard.