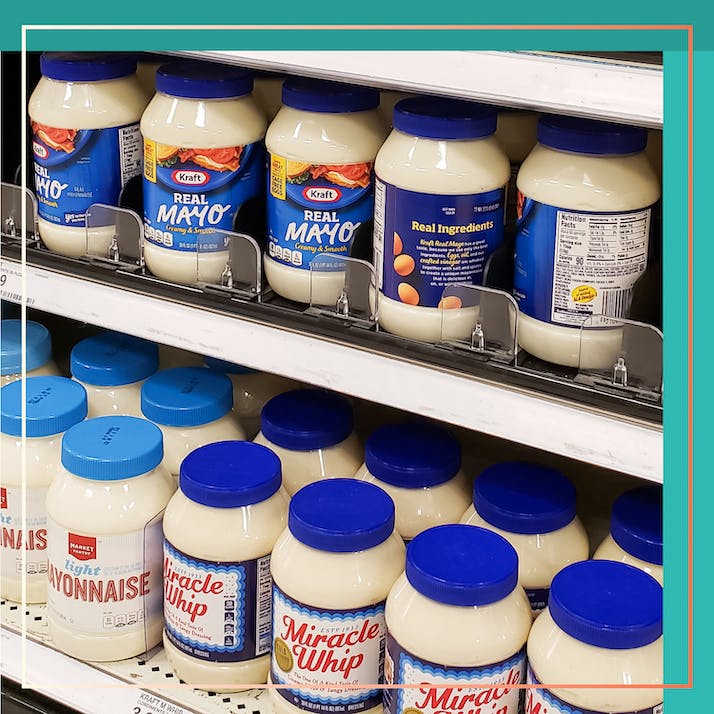 Is Zero-Waste Grocery Shopping Viable? How Mayonnaise Broke My Heart

The author has a reckoning with food, waste and the American way of life.

Picture a grocery store with all the produce and products you could ever need under one roof, all in reusable jars, bottles, bags and other relevant receptacles. Now imagine that you can have any item in that store delivered to you via a tech-driven dispensing mechanism. Its backend would be driven by a production and shipping ecosystem that integrates with producers, and a logistics operation to collect used containers, so that no plastic or other non-biodegradable waste would be generated at any point along the way.

This was the big, aspirational dream that my husband and I envisioned as we tried to concoct a new concept for a large-scale, zero-waste grocery store. We were motivated to come up with alternative models of food retail after learning that more than 20 percent of landfill waste in the U.S. comes from containers and packaging, and less than ten percent of plastic is recycled.

To play around with the idea, we decided to visit our nearest grocery store and immerse ourselves in the exact kind of space we wanted to render obsolete. As we entered, we headed straight for the first row of the tens of shelves in the hangar-like building. Bang! A wall of mayonnaise. Hundreds of jars. At least 20 different kinds. We asked each other, “Could we ever convince people to choose between just two or three alternatives? How many people would react by calling it a restriction on their freedom or invoking the word 'communism'?” We dreaded the idea of turning the corner to the pasta aisle.

“”
Our concept of a 'normal' grocery store is just over 100 years old.

I’m an entrepreneur and author, with a background in end-of-life care, who has set up several businesses around the world and consulted for Fortune 500 companies and government-led projects. I like to tackle hairy problems and unpack and challenge the underlying forces behind what is considered reality—while enabling others to see what appears normal or established in a radically different way. So I decided to dig into this space further and try to understand this problem and figure out if a new kind of grocery store might be the answer.

As a lover of words and history, I decided to dig into the origins of grocery stores as we know them. I found that the word "grocery" comes from the French word grossier, meaning wholesaler. In the 14th century, products that didn’t come from a farm in the local area—like spices, sugar, pepper and, later on, cacao, tea and coffee—were sold in bulk. People would bring their own containers, wrapping and other receptacles to hold what they bought. It was only in 1916 that the first self-service grocery store, Piggly Wiggly, was opened in Memphis, Tennessee. Much of its success stemmed from its neat packages and attention-grabbing advertising—a drastic shift from over-the-counter service where customers had clerks managing relatively undifferentiated inventory.

Our concept of a “normal” grocery store is just over 100 years old. When they began, people were just transitioning away from horse-drawn carriages, bloodletting was still recommended in medical textbooks and movies were black and white, not to mention silent. In reality, we have a much longer history and deep roots in sustainable habits, including furoshiki, the ancient Japanese practice of wrapping gifts and items in beautiful reusable cloths, and the Seventh Generation Principle, originally from the Haudenosaunee (Iroquois), a philosophy that upholds the idea that decisions we make today should result in a sustainable world seven generations into the future.

It is important to remind ourselves of this especially when we get news from the National Chicken Council boasting that Americans had 1.42 billion chicken wings during Super Bowl LV—enough to circle the circumference of the earth three times, when laid out in a line—and Whole Foods sells peeled oranges in plastic tubs.

Choosing the Focal Point for a Solution

Where did we learn to celebrate this kind of consumption? How did we actually buy into this? What is it that makes a wasteful lifestyle feel normal and aspirational? Well, naturally, living in L.A., it's easy to find some culprits in our neighborhood. It’s a widely known fact that U.S. media plays a major role in shaping the aspirations of people across the country and around the world. We must be wary of its impact, especially since life often imitates art. After all, when was the last time we saw someone in a movie or TV show wear the same outfit twice (other than when they are under incredible stress, or at a very low point in their life)? And what does that say about the kind of messaging we are getting about reusing?

To paraphrase the brilliant sci-fi writer Kim Stanley Robinson, our dream life has been colonized by the American Dream factory. So if that is the case, then maybe what is pumped out could at least be wiser in the ways that we treat the ecosystems of which we are a part. Of course, the issue and solution must go beyond just the media.

So, is it about the U.S., then? And is it really the best place to lead the change we need? My first reaction was, "Yes, of course!" The U.S. brand is about being at the forefront, so it should work harder to ensure that there is even a front from which it can lead the world into the future.

At the same time, the U.S. economy is one of the biggest culprits and perpetrators of crimes against future generations and life on Earth. I mean, how confident would you feel about an anti-drug campaign being run by someone who massively abuses drugs? It’s essentially the same, but rather than illicit substances, the addiction is to convenience and consumption of the new, the bigger, the faster, the next thing.

We could also blame those who hold the biggest levers of change, who can usually be found at the end of the money trail when you follow it far enough. There are a lot of interesting alternative approaches to dealing with waste, packaging, recycling and reuse that aren’t widely used simply because they don’t put money into the right pockets. So maybe it is up to others to take the lead while the catastrophic-clique figure out how to profit from it and make it the new norm.

“”
Where did we learn to celebrate this kind of consumption? How did we actually buy into this?

A Massive Obstacle in the Way of Replicating Sustainable Packaging Practices

There are lots of great innovations from around the world being created by students, universities, nonprofits and government organizations that offer exciting advancements and easily replicable solutions. Take, for example, SCOBY, Roza Janusz’s graduation project from School of Form in Poznan, Poland, which is a biological, fully edible, fully recyclable packaging solution that comes from kombucha and can be easily grown by farmers to wrap their products and bring them to market with zero waste.

There are clearly many more elegant solutions available, as well as enough technology to continue these efforts in various locations, paired with access to communication channels. And yet, they go unreplicated around the world. Why? What about each one of us? We all individually contribute to the problem. But is it willingly?

Maybe “blame” is not the best word; our persistently negligent behavior and inaction at a massive scale could be a manifestation of our denial of death. But then again, what isn’t? This is what makes us feel immortal and immune to any consequences.

So here I am with my thoughts, with the urge to run away from the seemingly insurmountable task of changing our relationship with life. All of the sudden, fixing the issue of too many choices of mayonnaise became completely trivial. A battle between a sustainable grocery store against the natural human tendency to self-destruct in pursuit of convenience seemed less and less like a good idea.

So, back to the drawing board to find a new approach to survive our self-inflicted demise.