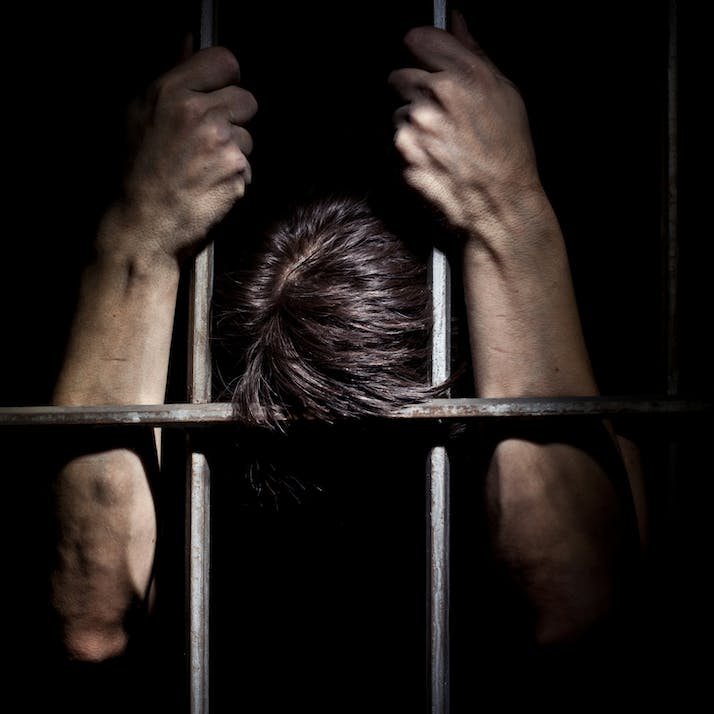 My Yemenite Husband Was Imprisoned for Speaking His Mind

The injustice my husband and family faced for exercising our first amendment right has only made us stronger.

Almost 20 years later, I am still haunted by the vivid memory of the forced removal by federal agents of my Muslim Yemenite husband, an experience that filled my children with terror and shattered my fantasy of America as the land of the free.

The horrors that follow were triggered by my husband's honest response to questions he was asked by a newspaper reporter while enjoying some coffee at a café. What seemed like a harmless exchange led to a long legal struggle against the same government that we all believe is protecting us. Because of my husband’s religion and ethnicity, his candid remarks in response to the reporter’s questions were sufficient cause for the FBI Joint Terrorist Task Forces (JTTF) to label him a “terrorist.” This new label automatically made my husband an enemy of the state and brought JTTF agents to our door.

My Husband Was Abruptly Taken From Us

I vividly remember my husband just finishing his shower in preparation to attend a mosque to celebrate the last day of Ramadan. At that ungodly hour, seven JTTF agents burst into our apartment, and my two children, ages four and six, were awakened by the noise as they ransacked our apartment in search of God knows what evidence. My two children scurried around the living room, crying and grabbing my husband's legs and yelling "Baba, Baba, please don't go." I held my two crying children and watched as agents flew off with my husband.

Their mad search produced nothing in terms of evidence. Despite the fact it all happened in a matter of minutes, it left me clasping to my crying children with fear and a feeling of having been violated. I was filled with rage.

The ensuing days were torturous. I felt so lost and desperate. My mind and heart were playing games. It was most difficult to grasp the idea that this was all happening in America, where I came to experience a higher sense of justice, freedom and opportunity. The challenging reality of the shadow side of the American Dream began to unfold. I wanted this situation to be over. I moved around with a thunderstorm over my head.

I Witnessed Prejudice and Racism in the Legal System

My kids kept me going. As a mother, I had a need to protect them. My heart broke into pieces each time I told them the story that Baba had gone away to work. In truth, he was isolated from his family and starving because the holding facility where he was being held refused to honor his religious dietary restriction. He was getting weak and losing weight. I had to travel two hours to receive my reward of a one-hour visit. I was overwhelmed—the visitation restrictions felt inhumane, especially the inability to touch or show my husband affection.

I felt trapped. How could I go against the United States government? I was losing hope after weeks of trying to find legal representation. How would I find an attorney that would not continue to repeat “It is a lost cause,” with the added note: “It's best that you and your kids go back to Ecuador.” They often failed to notice that my children were in fact American-born citizens. I witnessed the level of prejudice and racism that embody the American legal system and the chambers of so-called "justice."

I remember the first lawyer, who called himself "a patriot," refused the case, claiming, “there is no hope for your husband” and urged me to drop the case. He added: “I don’t want to defend someone who is accused of terrorism.” I was unable to sleep, felt exhausted, gained weight and was now also losing my hair due to anxiety. Somehow, after weeks of searching and a good chunk of our savings spent, I found a courageous attorney who agreed to take the case.

“”
I have learned to breathe wisdom and possibility into these dark memories.

My Children Have Become Survivors Through This

It took six years of our lives, because as our attorney put it, “We are going head to head with a prosecutor who favors deporting or jailing Muslims.”

For six years, the FBI followed me and my family’s every move. Finally, the judge declared that there was no evidence to indicate terrorist activity and declared that my husband was free of all charges. It was found that my husband had done no wrong and that by speaking his mind during an interview he was merely exercising his freedom of speech, his First Amendment right.

I look back and wonder sometimes how this nightmare was created in my children’s minds and hearts? I especially contemplate how all this affects the unborn child I was carrying during this time.

I have learned to breathe wisdom and possibility into these dark memories. I have trained my children to be survivors and to stand against injustice with the faith and courage that truth will prevail.