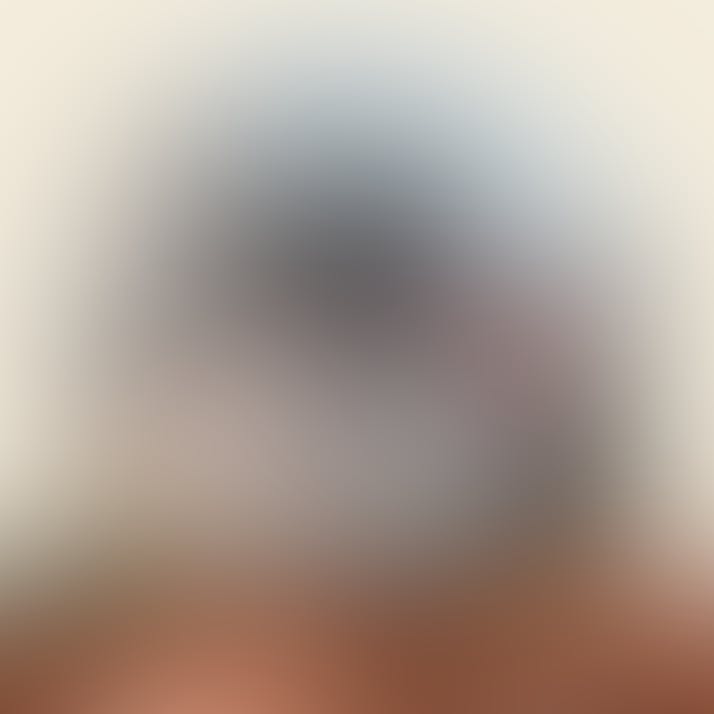 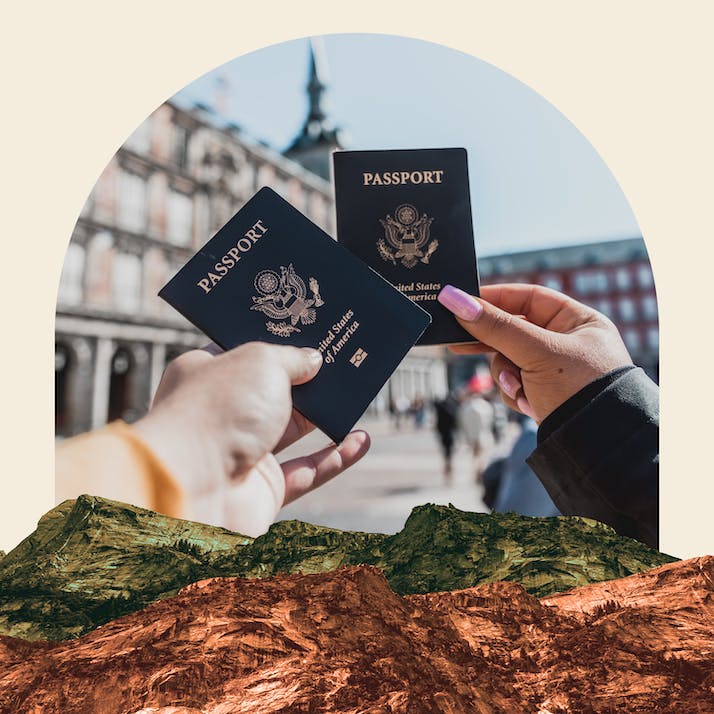 My partner and I had no issues traveling through different countries on a recent visit. The same couldn’t be said for more desperate migrants.

In February of 2018, I had a lot going on. At 21 years old, I was living a life of adventure as an American studying in a cozy little city in the Black Forest of Germany. Having moved to this charming postage stamp corner of Western Europe just eight months earlier, I was on my first extended school break and ready to “backpack across Europe,” as Americans do. I had a new (American) boyfriend and an itch to see the world.

For added adventure, my partner and I decided that we would hitchhike the leg of the journey between Amsterdam and London, hopping from car to car from the Netherlands, through Belgium, to the coast of France where we would catch a ferry across the English Channel. Neither of us would have dared to hitchhike in America, where doing so is notoriously unsafe, but the regularity and relative safety of hitchhiking in Western Europe had us excited to give it a try.

It didn’t take too long for the enchantment to wear off. Trying to get out of Amsterdam proved to be a huge hurdle, and we spent several hours standing on street corners, walking miles to find a spot where we thought we might have a better chance of being picked up. Our difficulty finding a ride wasn’t the only issue I experienced, however. While in Amsterdam, I had begun to get sick. With body aches and fatigue, and two Achilles tendons that felt like they were about to give up, I began my hitchhiking journey feeling less than optimal. But still, I felt optimistic: I had my partner with me, whose male presence made me feel safe; and I was American, a status which always lent me a certain level of protection, at least in this part of the world.

We actually turned down the first person who offered to pick us up. After pulling up alongside us and quickly discovering our American status, the driver promptly mentioned the U.S. border wall with Mexico, saying something along the lines of, “That Mr. Trump’s got the right idea!” Neither of us felt comfortable getting in a car with such a person, so we declined his offer.

Eventually, after changing our hitching location once again, we struck gold: a Belgian surgeon named Frank picked us up in a Jaguar and drove us into Belgium. The absurdity of being picked up in a Jaguar was not lost on me, and Frank told us he helped out hitchhikers about once a month or so. In order to flag him down, we waved our passports around, in addition to our hitchhiking signs, advertising that we were there legally and therefore a safe bet to give a ride to. On our journey, Frank explained that it was illegal as an E.U. citizen to give rides to illegal migrants, which is why he always checks passports before he picks anyone up. Our passports, at that point, were our best friends, a neon beacon that we were worthy and safe.

“”
It didn’t take too long for the enchantment to wear off.

To Make Matters Worse, I Got Sick

As the day of hitchhiking progressed, my health situation deteriorated. Travel is always exhausting, no matter the circumstances, but the added element of standing on roadsides in the cold (remember, this was February) didn’t help my already fragile health. I began to feel feverish, and my body ached. Periodically, I would experience a strange metallic taste in my mouth. I longed for a bed and some warm covers, the relief of which was still many hours away.

The day became hazy, but I distinctly remembered being picked up by a fun couple in their 30s or 40s, driving a van and wearing cool hats. They were blaring jazz from the stereo, and the man told us he played an instrument. I don’t remember now what that instrument was, though it might’ve been violin, because my partner played as well and made plenty of conversation with him.

At one point, he asked us to pull out some sheet music he had in the backseat and my partner pored over it while I sat next to him in misery. This was the fun hitchhiking experience I’d been imagining, but here I was, too sick to enjoy it. My eyes burned and my head pounded. I sat hunched over with my head on my knees. I remember the woman in the passenger seat telling my partner, “Take care of her.” I felt grateful but, more distinctly, I felt sorry for myself.

Seeing the Effects of Xenophobia in Europe Was Devastating

They dropped us off about five miles from the coast of France in Calais. We stood with our signs at the edge of a roundabout near a highway overpass—we were weary, cold and, in my case, ill. But this location was different from the others. We weren’t the only ones hanging around, but we were definitely the only ones getting a ride: all around us were migrants, disheveled and skinny, as car after car passed them by. It was clear that they had been there for a while, and I could tell that many were living under the nearby overpass. The surrounding grass on the sides of the road and the middle of the roundabout were littered with discarded clothes, a testament to the many who had gone before and the length of their struggle here.

And there we stood, my partner and I, shiny blonde Americans in our nice backpacks, pale white in the winter sun, passports out, confident in our ability to get a ride. A new feeling entered the mix of discomfort and self-pity I was feeling: shame.

I had spent the whole day feeling frustrated, sick and sorry for myself, and suddenly it all felt so trivial. The privilege afforded me by my nationality and skin tone had never felt so acute than at that moment. I felt embarrassed to be so callously advertising my “fitness” for catching a ride right in front of these people, whose predicaments had been criminalized by an unsympathetic world. Because my country was in France’s good graces—and, therefore, the E.U.’s good graces—I pretty much had a free pass. But not the migrants under the bridge. They were part of what Western Europe was describing as an immigration “crisis,” in which refugees from Middle Eastern countries had their safety and quality of life threatened.

“”
A new feeling entered the mix of discomfort and self-pity I was feeling: shame.

Inside the little German city in which I lived, there was a large refugee population, but they seemed to be more or less welcomed by the people. There was refugee housing and plenty of programs for helping people integrate. Upon arriving in September of 2017, I had been impressed by the way refugees were treated there in comparison with the way the U.S. treated them.

But standing on that roadside in France, I became aware of exactly how xenophobic the region could be. Unbeknownst to me, several months from then, I would witness an anti-refugee protest and march in that “friendly” little city in Germany I now called home. For the next year, I would experience discrimination at the hands of Europeans for being American, and for not speaking German very well. The disdain I felt from them was shockingly vitriolic, and it affected my confidence and self-worth dramatically.

Discovering the Ultimate Symbol of Anti-Immigrant Sentiment in Europe

The next people who picked us up also told us that it was a crime in France to give a ride to an illegal migrant. When they dropped us off at the ferry that would take us to England, I was shocked by the optics of the place: 20-foot steel fences topped with barbed wire encircled the port, painted an imposing stark white. It looked as if we’d been dropped off at a maximum-security prison, not a major European port. Later, I found out that that fencing had only been erected three years earlier by Britain in an attempt to prevent illegal immigrants from entering the U.K. It is called “The Ring of Steel.”

The foreboding feeling given off by the fence was enough to intimidate me, a traveler who there legally. I felt as if I, myself, were doing something wrong. And yet I passed right through into the ticket office because for some reason I had a right to be there. Me, traveling for fun, needing no visa. I had permission to pass right on through, while those who actually needed the safety and the opportunities offered in the U.K. did not. Later, upon my arrival in London, I would go straight to the NHS, a random foreigner becoming a burden on their overtaxed health system. And yet, I was allowed.

In an ironic twist of events, my partner was denied entry into Great Britain. Why? Because he had lost his passport. Suddenly, he, too, was there illegally.

But that didn’t last long. We tracked down Frank, the first person to pick us up, after figuring out that his Jaguar was where my partner’s passport had been lost. There are only so many hospitals in Belgium, so finding one that employed a surgeon named Frank was actually fairly easy. He even offered to drive all the way to Calais from Belgium to bring it to us, even though it was now close to 9 p.m. The amount of courtesy extended to us from this virtual stranger was overwhelming. No one had extended any courtesy close to that level to the people waiting under that bridge. I don’t know whether Frank was sympathetic to migrants or not but, even if he was, the law made sure he didn’t act on it.

The Guilt of American Privilege

My partner and I ended up getting a hotel in Calais for the night. He got up early to take several buses back to Belgium, while I, feeling sicker than ever, took a hot bath in the old pink tub in the bathroom. When I finished, I left the hotel and began a several-mile walk back to the port to finally catch the ferry. By myself, with painful joints and an aching head, I silently walked alongside meter after meter of this “Ring of Steel” until reaching the ticket entrance once again.

A few hours later, as I watched Dover’s famed white cliffs approach through the ferry window. But I didn’t feel excitement or joy. Instead, I wondered if this moment would ever come for those migrants back in Calais under the bridge.