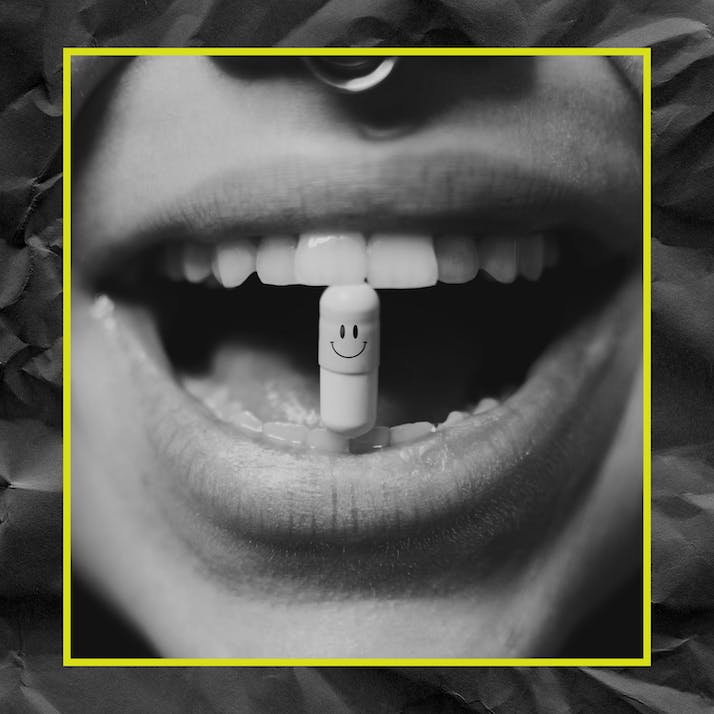 My Xanax Prescription Put Me Into a Spiral of Addiction

What people don’t realize about drugs that are prescribed to you by doctors is that it takes a very long time to even consider the idea that you have a problem with those drugs. If you’ve been prescribed Xanax, as I was, any physical or mental reactions to withdrawal will be filed away in your head as Problems of Your Own Making.

Back up for a second and think about it: You feel anxious and miserable, so you go and ask your doctor about the feelings. He’s not going to tell you to go to therapy or think about AA. He’s going to give you the option that makes him money and keeps you coming back—some kind of pill.

So you take the pill, and it works. The drugs tend to work, and that's why we’re here. For a while, at least, this system doesn’t fail. Your body hasn't become habituated to the drugs, so they keep working, and you feel more relaxed because you can still feel the drug and you are telling yourself you’re less anxious because you can feel the drug. The drugs don't tell you the truth, though, which is that your body is feeling something but you are actually the one calming yourself down. Your brain simply reacts to the change in the body, and you find your own calm because your body is telling you that you should. You’re doing the heavy lifting.

But as your body habituates to the drug, the withdrawals become more palpable. You begin to sense the half-life of the drug, intensely. But that’s not what you’re telling yourself, because you’re taking the drug as medicine for anxiety. When the withdrawals kick in, you assume that your anxiety has gotten worse—not the drug—and that you are somehow to blame for the feelings you’re having. You just need more of the drug, that’s all. That is the new prescription you give yourself.

Just Because You Have a Prescription Doesn't Mean It's Not Dangerous

I have never done Oxy but I am fairly sure this is what happens to Oxy users who start taking the drugs after an accident, as prescribed. The opioid epidemic has managed to gather some of the attention that benzos can’t, because benzo users aren’t dying. Oxy is much more powerful than benzos, so the fallout there is much bigger—you can overdose. With benzos, it’s pretty hard to overdose unless you combine them with something else. That fact that our lives are coming apart isn’t good enough for the newspaper writers, who want bodies and blood.

Again, though—these are drugs prescribed to you by doctors. When you start feeling bad, the best you’ll get from a doctor, as I heard from mine, is: “Well, stop for a week and you’ll go crazy and then it will be over.” This, at some level, is technically true. I suppose if I had that kind of faith in myself and my strength, I would have done that. But it doesn’t feel true, and the physical withdrawal from benzos is savage. My light-headedness made it seem as if I might completely fracture and actually, somehow, concretely lose my mind, like it might float away. No doctor has ever said: “This drug feels pretty cool but is wildly addictive and will generate an entirely new dependency you don’t have right now, in this split second before you start taking it.” All of the awful feelings you are having and attributing to your anxiety are so baffling and clandestine. They are anxious feelings, but they are a reaction to the bodily condition brought on by the drugs themselves. Xanax works quickly, like booze, and it combined with my alcoholism beautifully.

I Wanted Off Xanax, but I Didn't Have a Map

When you realize that the medicine is trying to kill you, you’re halfway there, but you’re still alone. There are very few models for tapering off of benzos, and the best one is in a free PDF called The Ashton Manual. I didn’t trust it at first, because it was free. I wanted to go somewhere and pay money to get clean. That didn’t happen. I flailed, trying to get myself off benzos. The results were awful. I was at work, taping a podcast, and the panic set in so severely that I had to bail on the podcast and walk out of the building. It didn’t get me fired but that kind of stuff adds up to an atmospheric portrait of a person. The lovely man I was talking to didn’t have any idea what was going on. All I could say was, “I don’t feel great,” which makes people think you’re going to throw up. So I pretended I had a stomach condition because those usually demand some kind of immediate attention. And that’s a smaller version of the larger problem: You can’t tell people what’s happening because you yourself don’t yet believe it.

Without an explanation, if you haven’t admitted to yourself what’s going on with the benzos, you end up as puzzled as the people around you. Why, exactly, are you so anxious? You don’t know what your body is doing to you, and you don’t know how to make it stop. Mostly the drug wins. If you have enough benzos on hand, you can just wild out and pound them. My metabolism and weight and chemistry meant that I couldn’t really ever do too many. They just felt good. The reasons to stop felt weak. If benzo users overdosed more, maybe we’d get clean faster.

My hopes around this becoming a bigger public health issue are minimal. I occasionally talk to another user who’s flailing. Last week, I talked to a woman who was struggling with them after doing them for only a month. She’d been straight-edge her whole life but started having anxiety around COVID. She absolutely could not believe that her anxiety wasn’t controllable, even though she could see clearly that it had never been that bad in the 40 previous years. She also realized that the short time she’d been on benzos sort of proved the drug was correlated to her anxiety spike—there was a one-to-one correspondence. Even knowing all of that, the bodily withdrawal symptoms were so severe that she was terrified of going off the drug entirely. All I could do was tell her to titrate down as low as she could for as long as she needed. But then she would need to jump. And I told her the mantra I used, the one that got me clean:

“I’m not gonna die,” I told myself, over and over, as I walked around Morningside Heights.

“”
This particular addiction is so tied to your perception of it, the outside diminishment is a huge part of why it takes forever to start unwrapping.

And it was true. I didn’t die. But I can only extrapolate so far. People with comorbidity, with both anxiety and other mental health issues and addiction issues, will have their own experience. Benzos might relieve enough of the right pain to make other recovery possible. This is why it is important to let recovery have its own shape, and to avoid writing a bible of recovery.

The interaction between opioid users and drinkers and pill-poppers brought this home to me. I don’t ever do overdose drugs, and I didn’t understand, at first, why someone would want to be hooked on Suboxone after getting off of heroin. But somebody else couldn’t understand me being addicted to benzos.

“That shit is so light,” he said. I didn’t qualify for the rollerball vibes of addiction, apparently.

That’s where benzos land, is this netherworld where neither the junkies nor the doctors take you seriously. And because this particular addiction is so tied to your perception of it, the outside diminishment is a huge part of why it takes forever to start unwrapping the addiction.

The work is slow but you’ll get there.