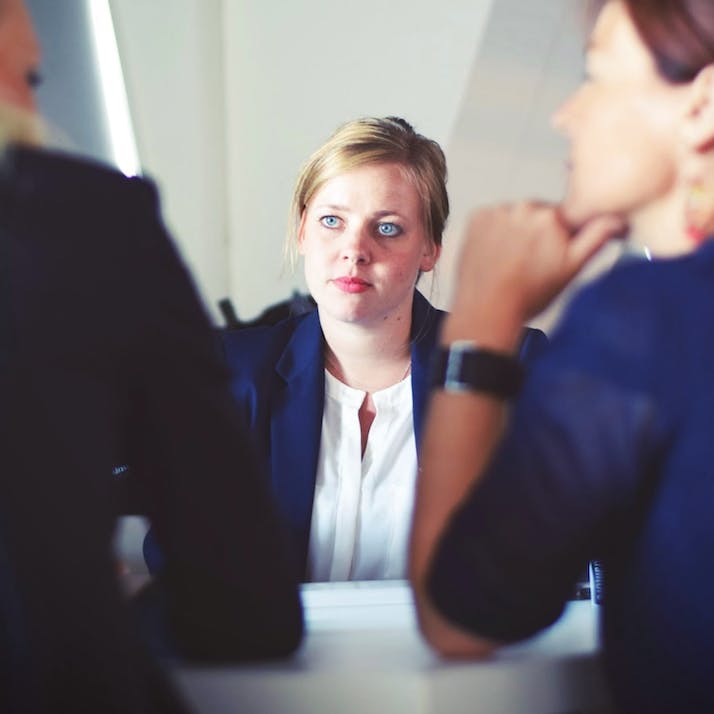 A screenwriter is optimistic that a third generation of savvy and intelligent writers will end craven financial practices in Hollywood.

There’s an old saw about two embittered screenwriters at the deli doing their weekly coffee and kvetch. Writer A unspools an unsettling yarn—a producer hated his newest  “dogshit” draft and fired the hell out of him on the spot. So Writer A pulls into his driveway around lunchtime and hears the wailings of loud orgasm from inside. He climbs the stairs only to discover his agent in bed with his wife. Upon hearing the story, Writer B couldn’t be more appalled, shocked, scandalized.

“Your agent comes to your house?!”

Not a bad joke, and it’s instructive for how it captures the fundamentals of traditional Hollywood power dynamics. Screenwriters, famously and not so affectionately referred to by a big studio boss as “schmucks with Underwoods,” were a broken, buffeted and cowed breed. They were salary players, meant to be locked away in their little rooms pecking at their grimy keys until coffee and nicotine-stained pages were delivered, whereupon the real business of filmmaking could finally commence. Think Barton Fink towards the end.

Agents, however, occupied the other end of the power-character spectrum: ravening, bloodhungry, shallow, spoiling for and relishing in the fight.

“”
Well, that paradigm has lately been challenged in a startling and unprecedented battle of collective wills.

The Screen Writers Guild Has Finally Taken a Stand

I’ve had the privilege of being befriended and even mentored by some once-prominent, award-winning writers as they declined in their twilight years. They were sophisticated and confident and elegant and contained. But one could never accuse them of having taken joy in exercising their will over others. They were men who had managed to be the reed and maintained their decency and honor and voice in the face of the great blustering winds of shrieking producers, insufferable narcissistic stars, deaf studios and indomitable agents. Such was the paradigm for a long time.

Well, that paradigm has lately been challenged in a startling and unprecedented battle of collective wills. Writers (Writers Guild of America) went to war against agents (Association of Talent Agencies). The causus belli was a lucrative practice called  “packaging,” which we’ll get into momentarily. But that was more a pretext.

You know that old wisdom regarding marriage-proposal-crises that says if the ring is the problem then the ring isn’t the problem? Same here, I think. It was a matter of time. After many decades, the writers got tired of eating shit; they got tired of agents entering their homes with impunity and despoiling their spouses. They were mad as hell and not going to take it anymore. They wanted money, sure. But they really wanted dignity. So they went to the mattresses, with all the trappings of a great underdog-fights-back story.

How the Writers Guild of America’s Grievances Started

Before we reveal the results, here’s a brief primer for those who relish particulars.

In the beginning, Hollywood created Shane (writer) and Mel (agent) and they lived in the garden flats of Beverly Hills. Shane wrote TV shows which sometimes got made. Mel negotiated the deals to earn a ten percent commission. The more Shane made, the more Mel made. Incentive arrows aligned and Hollywood saw that it was good. Until Mel joined a serpentine agency called XYZ. Now, when Shane got a new TV idea, Mel said it would sell better if they “packaged” it with an XYZ star and a director. Which was true, probably. For the courtesy, Shane got to keep that ten percent commission that used to go to Mel. More money for Shane! Sound too good to be true?

Well, XYZ’s “package fee” translated into part ownership of Shane’s show. As part-owners, XYZ preferred to see Shane’s earnings reduced, not increased. Indeed, XYZ might even prefer to see Shane fired. Incentive arrows thus wildly diverged. Packaging became the bread and butter of agencies, and poor Shane got cast out of the flats. In the old days, Shane would have moldered in the dirt and bitterly accepted defeat.

Not this time. Shane demanded an end to packaging.

Smart money was bet on the agents. I figured the schmucks with Underwoods were ripe to get steamrolled by those seasoned hagglers who reveled in the fray. Well, I was proven completely and delightfully wrong. It’s not quite over yet, but at the time of this writing, it's looking damn good for the writers. Agencies are caving and ending packaging one after another, which is astonishing. If you want to be hoity-toity about it then call it a “bouleversement.” I think I have a guess about how it happened.

The New Leaders of the WGA in Hollywood Are Formidable

At the WGA gatherings that strategized the battle ahead, I encountered writers who were principled, honest, stalwart, serious, undeterred. Someone had secretly replaced the withering daisies of old with ripe men and women who knew not only history and aesthetics but also organization and negotiation and finance. Badasses, basically—products perhaps of this “Third Golden Age of Television” that started with The Sopranos and carries on through today. They’re a new crop of wordsmiths who are also bosses, who know budgets, who know how to get things done and command respect. You think Matthew Weiner or Donald Glover or Shonda Rhimes just fold because some suit says so? Not so much. These are savvy, powerful folks. And they’ve prevailed. It’s a changing of the guard.

Alvin Sargent was one of the writers I got to meet several times toward the end of his life. His urologist was a friend of my father. Go figure. The urologist kept saying what a talented writer his friend’s son was. Imagine the joy for Mr. Sargent being forced to sit down with my script. But he liked it enough to invite me to several breakfasts at his home in the Santa Monica Canyon. We had eggs, talked about the world and about writing. I asked once what he did now, and he said that he just teaches screenwriting. “Oh, at UCLA?” He smirked and led me into his bedroom. He sat down on the bed and then gestured widely toward the walls and the mirror. “Out there,” he pointed. “There’s all my students. Every night I teach long courses. For hours.”

He had not lost his marbles. Here was a man so steeped in the intricacies of his craft that he sought to share it with the only students who might understand it. Students occupied the amphitheater of his imaginarium. Alvin Sargent was a true giant in this endeavor of sharing stories with the world. I like to think that the lessons he imparted and the secrets he revealed to his walls and his wardrobe taught his successors how to be better. How to fight. Perhaps even how to win.