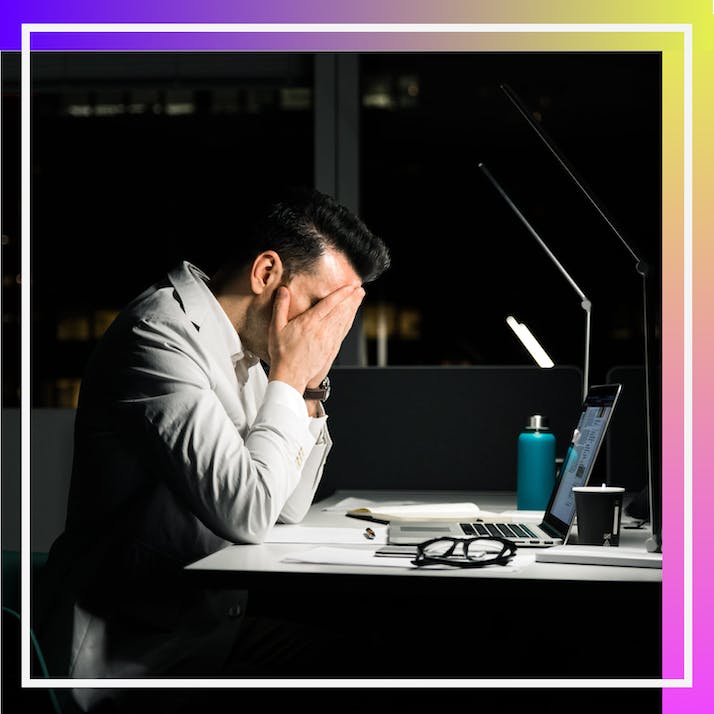 Instead of helping nonprofits make a difference, my company was riddled with politics and corruptive practices.

We were told we were there to change the world. We were told our jobs were the most important in the world, that we were making a difference to the people who needed it most. In reality, we were there to help the partner pay off his house in Beverly Hills. When I first was confronted with the reality of this, I was shocked. Then slowly, over time, I became numb to it. Almost like the adage about the frogs in boiling water. Every new hire went through the same journey. Their first day: bright-eyed and beaming about making the world a better place, changing lives, helping people. Then slowly, the joy would get drained out of them.

There is a dark humor to it all. An absurdity. That the most soul-sucking job I have ever done was charity work. But of course, it wasn’t funny at all. It was a lie to make money dressed up in the veneer of philanthropy.

The way it worked was this: Celebrities would sign on with us for philanthropy consulting, and we would help them choose a cause to “own,” whether it be childhood hunger, maternal mortality, climate change, pet adoption. We would build a nonprofit around their name, use the nonprofit to raise funds and then funnel some of those funds into the cause. Still, quite a bit went into the pockets of our agency’s partners.

“”
We were there to help the partner pay off his house in Beverly Hills.

Celebrity Philanthropy Is a Front for Agencies

At this particular agency, there was jealousy and possessiveness. There was fear of clients being stolen by underlings only one or two years out of college. There was emotional (and physical) abuse—along with a lot of low-key star-fucking happening. The partners constantly talked about who the biggest celebrities were, which ones had the biggest social media followings. They didn’t want people to think they were actually like this, though, so they had to couch it in pseudo-philanthropic language.

“I bet Jay-Z’s following could really get activated around a prison reform campaign,” they would muse. “Can you check how many Facebook fans and Twitter followers he has?”

The message to us was: “Of course we aren’t thinking about them as celebrities. We don’t want their money. We want their activism.”

But we all knew this was a lie.

They wanted as many celebrity names and celebrity foundation logos on their website as possible, so that it would make the next celebrities that much more eager to sign on. Adding people to emails who had nothing to do with the client’s account. Looping people into conversations just to show how big the company was. Exploiting clients in order to get others to sign on while never hiring enough staff members to actually do the work they’d promised to their clients. They stacked each of us to work on five, six, seven clients, paying us less in a year than a single client paid in three months. It was essentially a pyramid scheme—a great one.

Because once a celebrity starts a nonprofit, especially one bearing their name, they can’t give it up. They might as well tell People magazine, “I used to care about other people, but I don’t anymore.” No one would do it. So, they’re stuck.

The partners knew this and leveraged it endlessly. Thus, all of their efforts were focused on business development, getting new clients, adding more names to their roster and very little was actually done on the back end. It was a shell company to run money. And the worst part was, our company wasn’t unique. Most celebrity philanthropy agencies operate similarly.

A particularly bizarre aspect of working for this agency was that the partners were always very nervous about employees poaching their clients. So sometimes, counterintuitive as it may seem, they would try to make us look bad, just to ensure the clients would never leave with one of us.

One day, we had a meeting with an A-list celebrity couple client. We drove up together—one of the partners, who I’ll call Jan, along with my colleague Haley and me. When we arrived, Haley and I were told to wait in the car while Jan went in first to “discuss some private matters.” She told us she would text us when it was time for us to come in.

It was a hot day—90 degrees in L.A. Thirty minutes passed. Then an hour. An hour and half. Finally, the client texted me directly. “Where are you?”

“She told us we were waiting for you to show up,” the client said. Jan had been trying to make us look bad. She’d done this kind of thing before. I just shook my head. “We’ve been here an hour.” I was always trying to cover for their bad behavior, to downplay how horribly we were treated. In truth, it had been an hour and a half. The client frowned at this revelation. “Come inside and have some coconut water! You must be so hot!”

Believe It or Not, the Situation Escalated

After we got inside and guzzled about a gallon of water each, we joined them in the living room where they were arranged on a massive sectional. My plan was to pretend that there was no issue. “Why did you leave them outside?” The client flashed an angry look at the partner. She feigned shock. “I had no idea they were here! Sorry—I must not have gotten your text! My service is terrible up here.”

Obviously, there was no text as we’d driven together. She was lying. But worse, she was mad at us for telling the truth. We could tell from the way she clenched her jaw, tightly enough that you could see its inner workings from the outside.

The meeting began. But she was mad. She interrupted and dismissed us every time we talked, as if to prove how much we weren’t needed at the meeting. She glared at us when the clients weren’t looking. And finally, she picked up a tennis ball, gooey from the client’s dog’s continuous gnawing, and did something low, even for her.

She pretended to throw the ball for the dog. The first time, it hit Haley’s feet. The dog snapped it up and brought it back to her. Jan continued talking and threw the ball again. It hit Haley in the stomach, then rolled back to the ground. The dog brought the ball back to Jan. She threw it again. This time it hit Haley squarely in the face. “Ouch!” Haley yelped. She had been silent until then, but the ball was wet, and Jan had thrown it incredibly hard.

The client stopped talking, eyes wide, and turned to Jan. “Jan, why are you throwing the ball at her? You’ve hit her three times!”

Jan instantly gave us all a smile, one that she probably thought made her look like an innocent child, but instead made her look like a witch. In a baby voice, she said, “I didn’t mean to hit her! My aim just isn’t that good.” Then she smiled at Haley. “I’m so sorry,” she said. But we knew she wasn’t. And we knew we would pay for this later.

“”
At times it felt worse than working for a cigarette company or a for-profit prison.

After about six months there, I was fully disillusioned, not with celebrity philanthropy, but with these agencies. Very little money was going to the actual causes the agencies dreamed up for their clients. The vast majority was instead lining the pockets of the partners, helping them build their business. At times it felt worse than working for a cigarette company or a for-profit prison. At least those businesses didn’t lie about what they were doing, didn’t operate under the marketing of doing good and changing the world.

I wrote a letter telling the partners exactly what I thought of them. What I thought of their operation, the way they were treating their employees, the way they were decidedly not changing the world. I didn’t have anything to lose. I traveled the world alone after that, trying to erase the ickiness I felt deep in my bones by moving as quickly as I could from place to place. I hoped, deep down, that by absorbing enough new experiences, I could somehow replace my memories of lying constantly—to clients, to the partners, to myself.

Years later, when I read The Devil Wears Prada, I laughed out loud. It felt as if the partners had based their personalities, their entire business style, their ethical code on the Anna Wintour character. It was almost too cliché. I quickly amended the title: The Philanthropist Wears Prada.