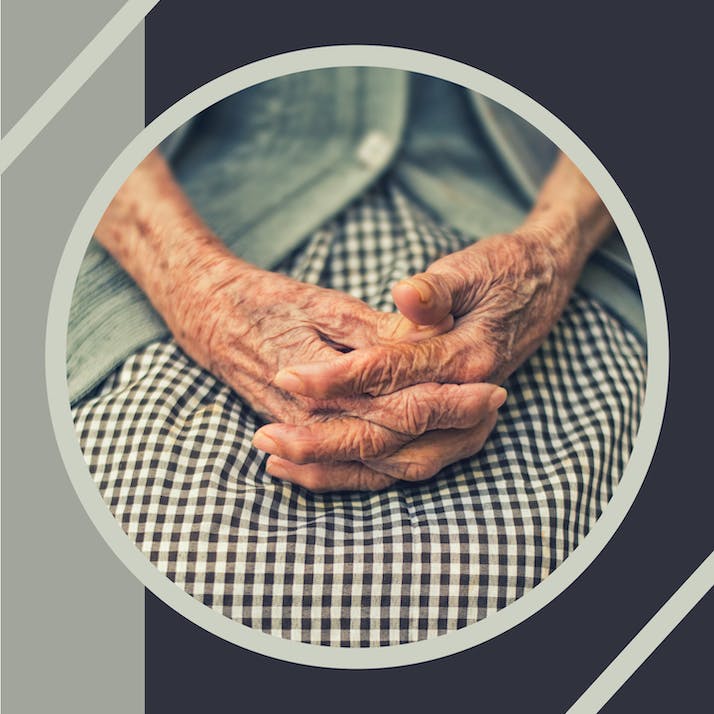 This Too Shall Pass: What It’s Like Working at a Nursing Home in a Pandemic

A housekeeper shares the experience of providing care for elderly patients suffering from COVID-19.

Growing up, whenever something bad happened or I was going through hard times, my grandmother used to say, “This too shall pass.” Born in 1917, she lived through the Great Depression and World War II. She once described her life as hard but good, and Grandma always turned to that phrase for hope, often sharing it with others. Though Grandma has been gone for several years, her memory and wisdom are never far from my thoughts.

That was never more apparent than on November 30, 2020. My shift had ended, and I had clocked out. I was on my way out the back door of the nursing home, putting on my coat and grabbing my purse from my locker, when a coworker from the kitchen passed me by saying, “Hey, have you heard? Two of the residents have tested positive for COVID-19!”

I froze in place, my heart began to palpitate and goosebumps rippled across my skin. “Dear God, no!” I whispered, part prayer and part exclamation.

The Virus Entered the Nursing Home and Protocols Changed

For the past nine months, I had been working as a housekeeper in a nursing home. The workload was heavy, and I initially feared I wouldn’t be able to keep up, due to inexperience and my struggles with anxiety and depression. But I soon found my place there and fell in love with the residents, forming close friendships.

Almost simultaneously, COVID-19 came to America, and protocol in the nursing home changed. We went from being barefaced to wearing cloth masks, then paper masks, then finally N95s and face shields. Plastic gowns were worn in isolation rooms and had to be donned and doffed for each new room. Six feet of distance was encouraged but couldn’t be followed because caring for the elderly requires close proximity. Every surface and high-traffic area had to be cleaned repeatedly. Various employees marched down the halls with sanitizer guns, blasting the railings and doors free of germs.

But despite all of our attempts to protect the residents, COVID-19 had arrived at our facility. It didn’t take us long to figure out how the virus got in. An employee came in sick. None of that could be helped; COVID-19 could be asymptomatic and rapid tests often came back negative when someone was in fact positive. But this particular employee, and many others, neglected to wear their mask properly, allowing it to droop beneath the chin, and didn’t wear a face shield as instructed.

I went home terrified. I had originally sworn that if the virus cropped up at the nursing home, I’d quit. I didn’t want to chance contracting it and bringing it home to my mother. But when I told my mother that two residents had been diagnosed with the virus, she wasn’t frightened.

“You have to do what you’re comfortable with,” she responded to my news.

“”
One of the ladies I cared about was not going to make it and her family wouldn’t be allowed into the unit to say their goodbyes.

I thought and prayed about it and came to the conclusion that COVID-19 was so widespread, and I could catch it anywhere. At least at the nursing home, there would be regular testing and PPE. In the end, my love for the residents won out, and I returned to work the next day. By then, seven residents were sick. First, the fire doors in the wing of the COVID unit were shut, but the hall rapidly overflowed with patients. Maintenance began to construct a new wall, consisting of a wooden frame and plastic sheeting—a surreal sight, it gave us chills as we watched it erected. Then, so many fell ill that a second wing was quartered off.

My boss, the other housekeepers and I gathered around a table and went over the plans, and we were informed that housekeeping would have to go into the COVID-19 units every few days to clean. Originally, we had been promised that if the virus ever came to the nursing home, we would not have to go back into the unit. But requirements changed, and we would take turns going in. My turn came that Friday.

“One of the COVID units needs to be cleaned. Are you willing to do it?” my boss asked.

My fear was that I’d end up in the fetal position, emotionally shaken by an anxiety attack.

I gathered my supplies and went in. I was wearing a mask, face shield and a vinyl green gown, but it didn’t seem like enough to protect me. I cleaned anything and everything I could. A handful of residents were unaffected by COVID-19, displaying no symptoms, and they continued on with their routines the best they could. Others lay miserable and sweaty, wracked with a fever, hooked up to IVs and oxygen, unable to talk or recognize their surroundings, giving blank stares. The COVID stare. A chorus of violent coughs bombarded me at every turn. They hadn’t been bathed in days, too weak to leave the beds. Stink permeated the air. One man kept stripping himself, unable to bear the fever and, at one point, ripped his IV out.

The first time in the unit was the hardest. I worried that every breath I took I was inhaling the virus. But the residents, those doing well and those suffering, faced it bravely and didn’t let it deter them. Their courage and strength emboldened me to return a number of times.

“”
One man kept stripping himself, unable to bear the fever and, at one point, ripped his IV out.

Weeks passed and the writing was on the wall: One of the ladies I cared about was not going to make it and her family wouldn’t be allowed into the unit to say their goodbyes. She was hooked up to an IV and oxygen, a sure sign she was slipping away. While I was there to clean, I was able to briefly hold her hand. “Hey, it’s me, your pal.” I sighed, brokenhearted at the sight of her detached from reality. She had one foot in this world and one in the next. “I’m going to miss you, but it’s going to be OK. I love you, and I’ll never forget you. See you later.” She died the next day, one of ten residents who passed away.

No one should have to die alone, especially during the holidays.

As Christmas neared, all I could think about was what an awful holiday season it was. For the residents, for those who lost loved ones and for myself too. I was in a bad place, and though I went home every day, it was impossible to shake off what happened at the nursing home. On December 21, there was a rare conjunction of Jupiter and Saturn, forming what was called the Bethlehem star. That night, Mom and I went outside to our backyard to try and find it. We saw a bright little flicker, brighter than the other stars, and believed we found it. I took it as a sign, a beacon of hope, and remembered what my grandmother used to say. “This too shall pass,” said the still, small voice from above.

Somehow, some way, this pandemic would end. Not in December, or the next month, but someday.

By January 2021, the outbreak at the nursing home was over, and my heart overflowed with joy as, one by one, the remaining residents left the COVID-19 units and returned to their rooms. Once more, life at the facility returned with a sense of normalcy. Residents went back to their routines and lived as they pleased. They were fairly unfazed by what they went through. That generation—my grandmother’s generation—refuses to be broken by hardship.

I, on the other hand, will never forget the outbreak and will be forever marked by it. The virus and its effects will continue to haunt me. But my grandmother’s wise advice rings as true today as when she used to say it: This too shall pass. It offers me hope.