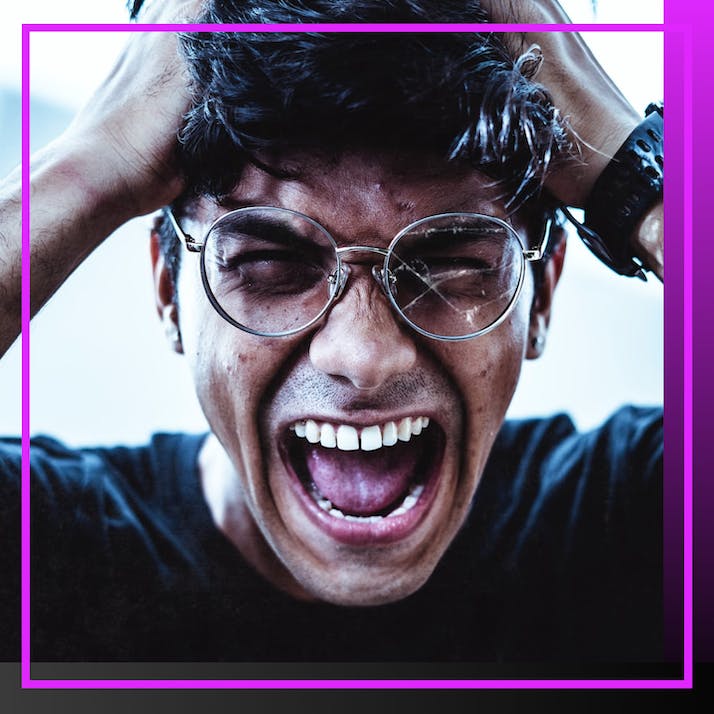 Working for a Media Agency Nearly Broke Me

Long hours, abusive emails and lack of respect were all part of the job.

It was my first week as a social media associate at a big New York City agency. I was being trained for the job by another junior-level employee and, at some point, I realized that a large portion of our conversation centered around how to protect myself. This should have been a red flag, but I was naive. Advice that seemed innocuous enough—put everything in writing, explain your rationale and always have at least one senior team member sign off, in writing, on what you're doing before you do it—just seemed like good business practice. In fact, they were going to become defenses I’d have to employ daily to avoid the finger-pointing, blaming and lack of ownership from the agency’s senior leaders. I would say thank goodness I always had the receipts, but sometimes even that didn't save me.

Excited to be working my first “real” job and eager to be a good soldier, I adopted the practices I saw around me: Show up early, stay late and if a client asks for something, the answer is always yes. I’d come in at 6 a.m., posting and emailing on my commute, and kept working after I got home at night. Through spoken and unspoken norms, the message was clear: The agency would always come first.

“”
The agency would always come first.

About a year into the job, I broke my wrist. On a Sunday night, as I took the subway home from urgent care, my wrist wrapped, padded and slung for protection, I shot a quick email over to my manager. “Hi,” it said. “Unfortunately, I broke my wrist this evening, so I will not be on tomorrow morning and will miss our call. Thanks for understanding.” The response came quickly, despite the lateness of the hour or the Sunday-ness of the day: “So sorry to hear that! No worries about the call, just message me once you’re on.” If that message wasn’t clear enough on its own, the email I received the following morning—with the headline, “IMPORTANT When You Sign On - DUE,” followed by that day’s date—cleared up any ambiguity. I was expected to work, in one piece or not.

In total, I took off a whole two hours for my broken wrist, returning straight to work after my doctor put a cast on. That I might benefit from taking the day off to rest and recover was never considered.

At the agency, “working hours” seemed a laughably obsolete concept. Every hour was a working hour if you were dedicated—or scared—enough. It took me a mere matter of weeks to realize that behind every 8 a.m. corporate tweet was a 23-year-old who’d been online for four hours trying to make sure that the link works properly. Often, that 23-year-old was me. The least senior employees were expected to be available at any hour, for any problem, no matter how trivial. But where credit was concerned, there was a clear understanding that any accolades would go to a senior team member, while in the event of any failure, the least senior member would be blamed.

At every level, gaslighting was common. Claims of unfair, rude, abusive or unprofessional speech—both verbal and via email—were met with snark and denial. If employees offered even a minor complaint or piece of not-entirely-positive feedback, we’d be asked what we did wrong, how we could have fixed the situation for ourselves. When I finally built up the courage to express that I was feeling burnt out from working 70-hour weeks, I was asked what was wrong with my time-management skills. No one thought to ask my manager why I was staffed at 160 percent.

I Finally Reached My Limit

As my time at the agency progressed, I found myself living in a state of constant anxiety. The preexisting culture was significantly exacerbated by COVID, and the need to be "on" 24/7 only increased. Co-workers would multitask on calls (a practice which was the expectation, not the exception) to commiserate that they, too, had not taken even a short break in hours to use the bathroom or get food. "If this client doesn't stop talking soon," they'd say, "I'm going to pee myself," smiling with dead eyes on the video call all the while. There were days when I did not move from my computer screen for 12 hours at a time.

One pandemic afternoon, I took a sip of coffee while on a video call with a co-worker, and she gasped. I looked around startled, wondering what in my absentminded actions could possibly have elicited such a response. “Where did you get that?” she asked, pointing at my coffee cup. “When did you have time to go out?” Realization struck hard—she had noticed the Starbucks logo. “I didn’t,” I said, the urge to laugh warring with the very real resentment this comment engendered. I was quarantined at my parents’, and my mom had been to Starbucks the night before and brought it back for me. In truth, I couldn’t remember the last time I had left the house during daylight hours, let alone for the luxury of obtaining my own coffee. My co-worker smiled knowingly.

The final straw came on a Wednesday night in the winter of 2020. I had sat down to work before the sun was up and was still there long after it had set. I hadn’t moved all day. Every time I’d tried to stand up and take a break, a call had come through with something that was “timely” and “just couldn’t wait.” My sister had brought me a snack around midday. Despite my protestations, my family had decided to wait for me to eat dinner. “How late could it be?” my dad asked. At 8:30 p.m., I descended the stairs, exhausted, wrung out, eyes ringing with 14-plus hours of staring at a screen. I let out a sigh of relief as I pulled my chair out to sit. As I moved to take my seat, however, my phone began to ring, the incessant tone letting me know it was business rather than pleasure.

“Hi, are you free?” the voice at the other end inquired.

“Actually, I was just sitting down to dinner,” I replied, making every attempt to keep the cascade of sass I could feel building out of my tone. “Good,” the voice replied. “Then you’re not busy.” Without missing a beat, the voice began a deluge of “urgent” work that had been relegated to the evening because she had been on too many calls during the day. Tears welling, I stood up, shrugged a deflated apology to my family and returned to my desk. I remained there until after 10 p.m. My food had long gone cold by the time I was done.

“”
My food had long gone cold by the time I was done.

I Quit My Job to Save Myself

I left the agency the following February, essentially as soon as I could get a new job. If I’d needed my decision validated, hearing a co-worker reprimanded for attending a family member's funeral without "advance notice" during my final week was more than enough.

Shortly after I left, there was a mass exodus. The environment of agency-before-all-else had finally borne its rightful fruit. There were multiple mental and physical breakdowns and uproar among employees. I’m told it changed nothing.

It’s been nearly a year, but my time at the agency has stayed with me. I still wake up in the middle of the night expecting an accusatory email alerting me to some sort of pseudo-emergency that demands my immediate attention. I check everything I send at least three times before it goes out and am sure to have a paper trail to back up why I’ve taken even the most minor actions. A former co-worker, who has since left the agency as well, recently told me they still bring their laptop home at night, even though they’re the only one at their new job who does. “I can’t relax unless it’s there,” they told me. “I’m still afraid of that late-night call or angry email. I always think it’s coming.”