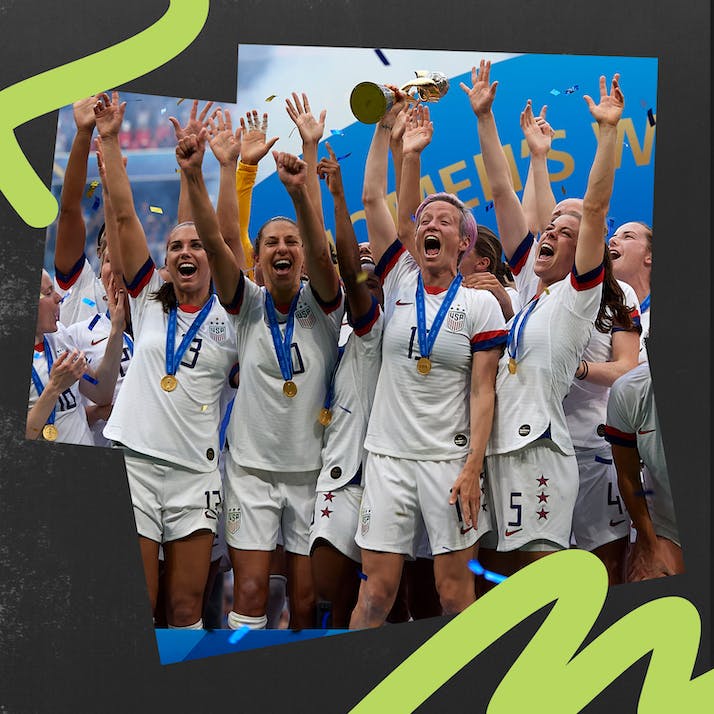 The Superstars Next Door: The State of Women's Soccer in the U.S.

Women's soccer is finally getting the audience it deserves. It's time to jump on the bandwagon.

In the summer of 2011, nearly 14 million people watched the United States fall to Japan in the FIFA Women’s World Cup final. Less than a month later, a handful of those same U.S. Women’s National Team silver medalists, including newly minted superstar Alex Morgan, stepped on a field in Rochester, New York for the Women’s Professional Soccer league final to a crowd of 10,000.

It was the last game the league ever played.

WPS was far from the first women’s soccer league in the U.S. to go under. Sponsorship money was scarce and sustainable interest, despite the blips on the radar such as the rabid World Cup following, wasn’t to be found either.

However, in the WPS’s wake, U.S. Soccer helped forge a new league. The National Women’s Soccer League started play in 2013, and despite multiple teams folding along the way—and having to walk some oft-thin ice along the way—the league is on the verge of its ninth year, with more sponsorship money, fan support and media coverage than any of its previous iterations ever had.

“”
The next two years will be critical for women’s professional soccer in the U.S.

U.S. Women's Soccer Is at an Inflection Point

The next two years will be critical for women’s professional soccer in the U.S. NWSL Commissioner Lisa Baird revealed in January that U.S. Soccer’s guidance of the league has now moved to an informal role, meaning the safety net that has helped keep it afloat is now gone. However the timing, in conjunction with what’s happening on the field with U.S. Soccer, offers the league an opportunity for truly unprecedented growth.

First, it’s important to understand the league is already growing bigger and faster than it’s ever been. While jumping on now would still likely let you claim “I was there before it was cool” in the long run, you’d certainly not be getting a seat at the front.

In many ways, women’s soccer interest looks like the stock market. There are peaks and valleys, but if you zoom out over time, there has been steady growth. While sports leagues across the country suffered immensely from COVID-19, the NWSL saw ratings rise 500 percent year over year in 2020. (Yes, you read that right: 500 percent.) This was thanks to a television deal with CBS Sports that saw league games on a major broadcast network for the first time. The league’s other broadcast partner is Twitch, the Amazon-backed streaming platform which is growing rapidly on its own. Twitch pushes the NWSL’s product, and recently saw viewership peak at 35,000 during the 2021 NWSL Draft.

These broadcast deals, along with major sponsorship deals including Verizon, Google, Nike, Budweiser and Proctor & Gamble, were all signed in the aftermath of the 2019 World Cup.

This brings us to the here and now, on the verge of the Tokyo Olympics and the 2023 World Cup to be co-hosted by Australia and New Zealand.

Young Stars Are Showing the Way

The key for the NWSL is to capture the upcoming peaks to speed the growth of the curve. The Olympic delay caused by the pandemic actually serves as an opportunity, as the league won’t have to shoulder all the work to hold the attention of the women’s soccer world for the next three years until the sport’s marquee event. By narrowing the gap to just two years, the NWSL—and other world leagues, which are also quickly growing with increased investment—can highlight the stars people know in places they might not.

This should be made easy by a league that has become extremely star player-driven. As has become the norm in the NBA and even the NFL, players are having their way with where they get to play. U.S. National Team stars Crystal Dunn, Becky Sauerbrunn and Kelley O’Hara all pushed trades in the last two years to land in more desirable locations for personal reasons. Dunn and Sauerbraun joined Portland while O’Hara moved home to Washington, D.C.

There are also two new crops of young players that the world will get to know over the next three years. The first already has World Cup and/or Olympic experience, and includes the players most experts would agree are currently the best in the world.

Lindsey Horan and Julie Ertz are the two most notable of those players to firmly be in the NWSL right now. Horan, 28, will spend 2020 in Portland while Ertz, also 28, and admittedly already well known for her key roles on the 2015 and 2019 World Cup squads, will suit up for Chicago Red Stars. Emily Sonnett, 28, was traded to Washington Spirit in January after helping the U.S. win the 2019 World Cup. Meanwhile, Rose Lavelle (25) and Sam Mewis (28) have opted to play overseas for now but are expected to eventually return to the league.

There’s an even younger group that could challenge for Olympic and World Cup spots this time around, but is likely a few years away, and will instead spend their summers making a name for themselves in the NWSL. The last five number one overall picks—Sonnett, Lavelle, Andi Sullivan, Tierna Davidson and Sophia Smith—all were in the U.S. National Team’s January camp. That list doesn’t even include Ashley Sanchez or Morgan Weaver, who both starred in the 2020 NWSL Challenge Cup in Utah.

“”
Now is the time to hop on before you get left behind.

There's (Dwindling) Room on the Bandwagon

The U.S. Women’s National Team’s run of dominance is far from over and many of its stars—both current and future—are going to be playing a lot of soccer all over the U.S., often outside of a U.S. uniform.

Washington saw crowds of nearly 20,000 at Audi Field in the fall of 2019. Before the pandemic, Sky Blue FC (New Jersey) announced their home games are moving to Red Bull Arena in anticipation of significantly larger crowds, and there is no reason to believe that promise won’t be fulfilled in a post-COVID world.

The NWSL is growing. There are seats on the bandwagon available, but they’re going fast. Now is the time to hop on before you get left behind.