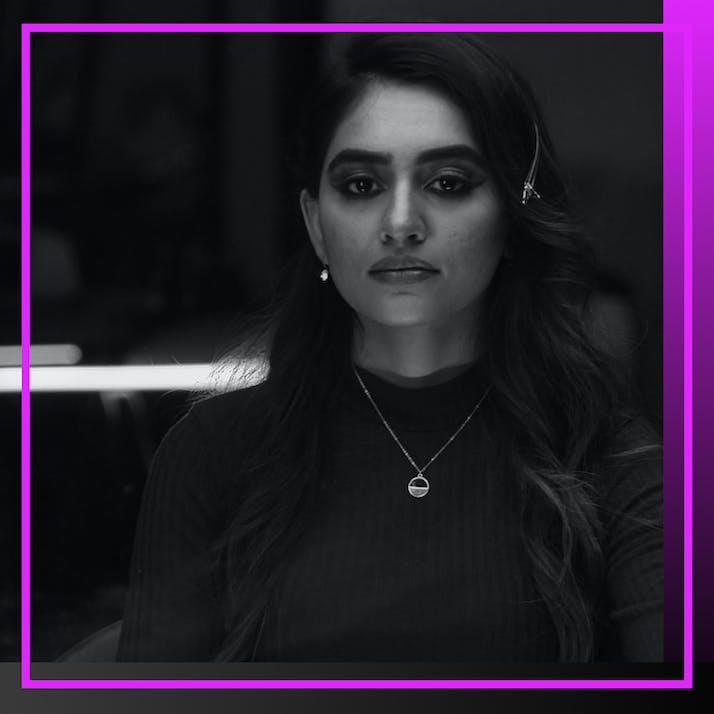 I'm a Woman and Journalist in Sri Lanka: We Are Not Safe

Women in our media world are speaking up about the sexism we experience doing our jobs. Here’s my story.

Media and journalism was a calling I accidentally discovered after years of trial and error in my career, a luxury many of us cannot afford. Journalism isn’t one of those careers people necessarily jump at the chance to become a part of: The hours are long. The pay is horrendous. There’s not much of a path. There are a lot of people out there trying to censor you, and if you’re in print media, you’re part of a dying breed.

“”
In Sri Lanka, women who travel are not safe.

In Sri Lanka, women who travel are not safe. This poses a risk for us female journalists, as it does almost everywhere in the world. Having been in this field for a few years, my trips need meticulous planning. In 2020, I took my first solo trip out of our city to see a tourism area impacted by the pandemic. The area was densely populated. My travel time was mainly in broad daylight—I thought I would be fine.

But from the get-go, my lone presence was questioned, from the bus conductor who gave me a funny look when I asked for one ticket, to the hotel clerk who straight up asked, “Why are you traveling alone?” to the stares and leers I got on the street, on the beach and inside cafes. The hotel clerk had to get an explanation that I was traveling for work and that I work for a newspaper for him to relax.

I was always hyper-aware of people looking at me and, in particular, men. All in all, I heaved a sigh of relief when I reached home unscathed. But as a journalist who does most of her interviews online or through phone calls and events through invitations to the organizations, my exposure to unsafe environments was still less than most.

Last month, I was required to travel to a rural area to follow up on a one-of-a-kind story, something I was very excited to do. Trying to make my travel arrangements, my photographer had an emergency situation and canceled on me. I had to look at more expensive hotels simply because they were located on a busy road. Safe neighborhoods became a priority, as well as safer routes. Travel times were different and during limited, mostly daylight hours. Speaking to my friends, I found out all my fellow journalists who had been to those areas solo were men. In the end, I was forced to postpone my work trip so that I could match it up with a weekend some of my other friends were going to the area for leisure. Frustrating? Yes.

“”
Gaslighting, verbal abuse and more are rampant in our newsrooms.

Female Journalists Experience Sexism in the Workplace Almost Every Day

But working as a female journalist in Sri Lanka is difficult not only because we're unsafe out in the field but also because we're unsafe in our workplaces too. My main work is in editorial, which means we sit at our desks reading through all the stories everyone else has followed up on. However, as a woman, your opinion is discounted much more easily. While most of my current workplace’s editorial staff is women, ours is the only department that is 100 percent female. Unexpectedly (or not, in our culture), the board had some concerns. Some of the typical questions we received from our initial interview with the department head went like this: “How much experience writing and editing do you have?” “Are you comfortable with tight deadlines and long work hours?” “How detail oriented are you?” As expected.

Here are some of the typical questions we had to field with our interviews with the CEO: “Are you still single?” “Are you living with your parents then?”

Outraged doesn’t begin to describe it.

Likewise, certain members of the editorial staff easily discount our opinions on the grounds that “women are too sensitive.” Salary increases are harder to come by, and consideration regarding safe travel or working night shifts is also not given sometimes. I’ve worked at several places where the insinuation has been that as a woman, I do not deserve the pay that my male colleagues are getting, despite me doing the exact same work as them. However, even with these setbacks, I am fortunate to work in a much better office environment than some of my colleagues.

My colleagues tell stories of how they cannot wear a dress to work without getting catcalled, how some of their bosses simply call them into their offices and scream at them to intimidate them into working, how some interns are hired simply for their looks and with unknown intentions. Gaslighting, verbal abuse and more are rampant in our newsrooms, with the truth being that no one will believe the women.

Earlier last year, Sri Lanka’s #MeToo movement began, extremely late, regarding the stories of women in the media and the sexism and abuse we endure almost on a daily basis. The sad part is, it is not only local women who are subjected to this treatment but also women from other countries working here. They face even more issues, with derogatory comments openly following them, relying on the fact that they do not understand the local dialects and do not know enough people to make a complaint.

Even the very papers we seek to publish are oftentimes rampant with this inherent sexism. Every so often, we edit and change content so obviously demeaning to women that it’s a wonder nobody thought there was anything wrong with it. We had a recurring columnist once who described the high-class ladies as “gold-digging airheads,” among other things, while other writers draw up relations between criminal records and single women, accidents and women, etc.

From comments on lifestyle and marital status to commentaries on people’s wives and even daughters, we’ve seen it all. And it’s not a good place to be in.