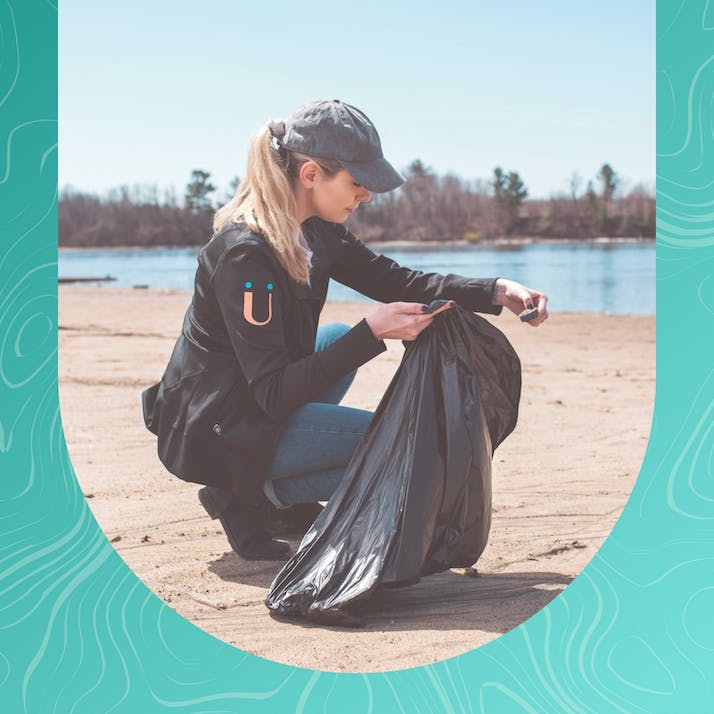 Climate Change: Why Individual Responsibility Is So Important

A conservative who supports environmental protection explains why personal behavior is just as important as government intervention.

I was working as a paralegal at a law firm in the heart of downtown Atlanta, a conservative surrounded by almost exclusively liberal colleagues. I knew this because politics was almost always a topic of discussion at the lunch table. My colleagues seemed to assume everyone in our office leaned left, and they spoke quite openly about their views, without any room for compromise or even an inkling of curiosity about opposing perspectives.

I tried my best not to take offense, and I never started arguments, even though I disagreed with much of what was said every day at lunch. Everyone probably thought I wasn’t very political, which couldn’t be further from the truth. I stayed quiet other than to ask the occasional pointed question, or weigh in on a topic where we had common ground.

But I never just came out and identified myself as being on the other end of the political spectrum. I worried it would shut down the conversation, or even cost me friendships with colleagues. I didn’t want my colleagues to write me off as an insensitive bigot. My views are educated and nuanced, and I wanted the opportunity to speak for myself, rather than have any label or perception speak for me. Instead, I engaged on the issues where I could find common ground, I listened and I tried to understand.

“”
I was excited that we shared a mutual sense of responsibility for the planet.

During this time, I learned a lot about my lunch-table colleagues. We had a lot of the same core values, but often very different perspectives on how issues should be addressed. Typically, they wanted more government intervention, and I wanted less. I believe communities and individuals are typically better and more efficient problem-solvers than bureaucracies.

Then one day, my colleagues and I had walked a few blocks from our office to get smoothies. One of my liberal colleagues asked for her smoothie with no straw, saying she had a reusable straw at the office. I knew this colleague also kept a container at her desk for recycling, which she dutifully took home at the end of each week. I admired the way she lived out her values.

I smiled and complimented her. “What a great idea,” I said. I was excited that we shared a mutual sense of responsibility for the planet. I'm pro-conservation and pro-environment conservative, I just believe innovation and market-based approaches are better at solving environmental problems than top-down, government programs that harm the economy. I made a mental note to purchase some reusable straws myself.

But to my shock, one of my other colleagues laughed as she picked up her plastic straw from the counter. I knew her to be even farther to the left of the spectrum than the colleague who had asked for her smoothie sans straw.

“It doesn’t do any good,” she laughed, rather bitterly. I could hear the frustration in her voice. “It’s pretty useless to recycle or stop using single-use plastic until the government actually does something about the big polluters and corporations causing it in the first place.” She immediately realized how insensitive her comment sounded, and backtracked.

“Of course, it’s great that you do it,” she said sheepishly to the first colleague. “But it’s a drop in the bucket.”

The conversation shifted from there as we all walked back to the office. But I was puzzled.

Republicans are often raked across the coals for not believing in climate change, and for a purportedly careless attitude about the environment. But in my experience, people on the right who support responsible climate actions, as I do, outnumber those who are stubbornly against any sort of environmental protection.

Yet, here was someone who was adamantly on the side of the political spectrum that is known for vocalizing concerns about climate change. This colleague raved about Representative Alexandra Ocasio-Cortez and the Green New Deal, and wanted to see corporate polluters regulated and exposed. Yet, she made no effort to reduce her own consumption of single-use plastic goods, and didn’t see any value in recycling.

I couldn’t believe that I had more in common in my views on the environment with the first colleague than my second colleague did. I understood her point, that the problem was too big for one person to make a difference. But her logic was massively flawed.

First, comes the obvious objection. Sure, one person changing individual habits may not change much. But if even half of the population on Earth began to conserve and recycle plastic, there would be a drastic change. Currently, only nine percent of the world’s population recycles, while Americans recycle slightly more, around 32 percent—although we still have lots of room to improve.

One person making habitual changes might inspire one other person to do the same. It did for me. I now own quite the collection of reusable straws. And since then, I’ve inspired my mom to invest in some reusable straws as well. If she can inspire even one other person to change as well, then the cycle will continue. This is how a movement grows, and how cultural values shift. One person has to stand out and be different, apparently at the risk of being ridiculed.

But beyond that, I still had a problem with her logic. What if the colleague refusing a straw didn’t inspire me to change my ways? What if spending her whole life recycling and avoiding single-use plastics didn’t inspire anyone else? She still made a difference. Of course, she didn’t make enough of a change to reduce greenhouse gas emissions by any measurable amount. But what about the turtle that was able to avoid getting one of her straws lodged in its throat? Some may think one turtle is inconsequential. But here I will reference a quote by Theodor Geisel, better known as Dr. Seuss, that continues to guide choices I make in life. “To the world you may be one person; but to one person you may be the world.”

“”
People on the right who support responsible climate actions, as I do, outnumber those who are stubbornly against any sort of environmental protection.

Individual Action on Climate Change Is About Doing the Right Thing

My experience at lunch that day highlighted some bigger questions that seem to plague the political landscape these days. Why do we think the things we do mean nothing, but yet blame leaders as if the things they do mean absolutely everything? When did the right thing become something we care to do only if it makes a broad, sweeping change?

Lots of right things over time can add up to make a change. And the right thing is still right, even if it doesn’t change a whole lot. Whether each individual’s influence is large or small, every person’s actions can make the world either better, or worse. Saying otherwise exposes a very despondent view of the world, and perspectives that lack hope rarely change anything.

I’m concerned that my colleague’s way of thinking is popular with a lot of people who see the government responsibility as key to solving America’s problems. A lot of my friends and colleagues favor big-government solutions over individual responsibility on a variety of issues. If I had to venture a guess, I’d say this is partially because, frankly, it’s a lot easier to make broad statements about the way the world should be than to address issues right in front of you. I know because I struggle with this too.

The climate conversation is just one example, but the problem with this logic is that it means you will forever be chasing an external problem. Like a game of Whac-A-Mole, the second you think you’ve conquered one problem, it springs up somewhere else. Controlling what is around you is difficult, and often impossible. But controlling yourself—that’s a sustainable way to change the world.

Fighting Climate Change Is Up to Us as Individuals

There is a place for the federal government’s involvement in addressing climate change. Leaders on both sides of the political aisle need to get serious about the issues at stake, start having honest conversations and present realistic bills that can actually pass.

As voters and consumers, we often forget our power. If we want to see environmental policies change, we have to change what we look for in political leaders and what we support every day with our dollars. If we want corporations to pay more attention to climate issues, we have to change our consumption habits. Demand for environmentally friendly products and energy-saving innovations has already drastically changed industry across America.

I believe we need a resurgence of personal responsibility and individual morality in the United States. Without such, we will only continue to place blame on others while society devolves into disillusionment.