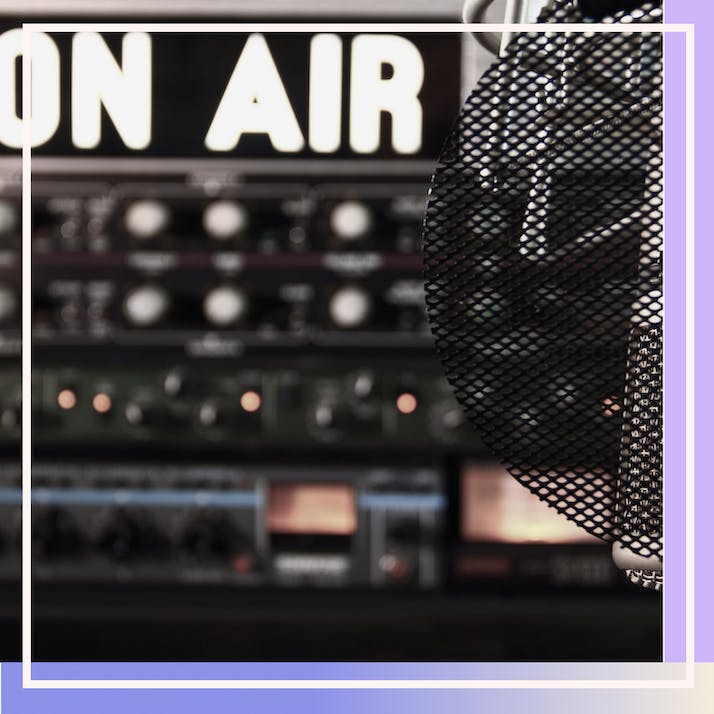 Censorship and cancel culture have impacted my career and become pervasive issues throughout numerous industries. Radio is my way of fighting back.

"You're not just talking! You could radicalize people!"

Those are the hurtful last words I heard from my family before I made my decision to stay in conservative talk radio this year. The last year hasn’t been an easy ride, and sometimes it’s a nightmare, but there is a point to what I do.

Despite having a father who was on America’s Most Wanted, a single mother with a fake name for witness protection, I had a pretty normal childhood. We lived in the Deep South during the '90s. Our area was very diverse, and we were poor. We got evicted three times in one year. My entire family is Democrat because "Democrats are for the working people.” I remember being a child and my grandfather telling me how great Bill Clinton was. He'd say, "If he keeps this economy going, we should throw him an intern a week." He meant “to sleep with."

“”
I remember being a child and my grandfather telling me how great Bill Clinton was.

This was not an uncommon thing to hear behind closed doors about a Democratic politician. No one was shocked, or outraged at the moral decay. It is something I will always remember, and it is why I drifted away from that side of politics. In fact, I rejected politics altogether as silly. It was just another problem that was out of my control, so I wouldn't spend any time thinking about it. We had a hard enough time eating. I didn’t think about being a "conservative talk show host.” I didn't even meet a Republican until I was 16. From what I was told, this Republican probably stole everything he had to get "rich,” and he might even eat babies.

He didn't, and he never turned out to be evil. In fact, he took me away from gang life, put me in private school, helped my mother, and took me in like a son. He had the same backstory as me. He grew up very poor in Washington, D.C., and he worked nonstop until he was a very successful real-estate developer. He used his extra money to help my family and other poor families in my neighborhood. It unraveled every talking point I had heard my entire life.

He put me through a Catholic college where I studied finance, and helped me start a career in human anatomy and chemistry. I soon became prominent in radio as a teen debating some tough opponents. I didn't lose. Debates were always a rush for me, but then I was fired for breaking the main rule of radio: You don’t ever insult your sponsors. I’d spent a week analyzing data on how harmful one of our new sponsors could be to our audience. All of it was true, and I was ostracized, but I didn’t regret it.

I Got Into Right-Wing Radio for Personal, Not Professional, Reasons

After this, I took jobs in high-risk security while developing my tech career. I was very successful and rose to prominence. Unfortunately, my company took social positions in the middle of a growing culture war, which kept heating up until 2019. Some stances that my employer took could possibly lead to Christianity being persecuted in America. I put my faith above all else, so I opted out. I know it sounds ridiculous. However, I was working in health radio for the cultural abortion debate during 2011. I remember standing firm that life started at conception, and this was my line. My opponents, who were pro-choice, always stated that if anyone could prove life started at conception, they would adopt my worldview.

Eventually, modern science did announce that a human life started at conception, so I figured I would get apologies. I didn't. The line just moved further. People started questioning when a baby could feel physical pain, when a baby could think, when a baby could care for itself, and more. Not only was this disgusting for me, but it was highly dishonest. I always believed I was debating in good faith with people who could have their minds changed. I still think like this.

I left the world of fitness radio to work in telecom for five years. My highest position was “executive in training," and I was part of the largest merger in American history. As our company grew, so did hyper-partisan divisions within the company. As a public corporation, we were forced into choosing social positions to boost our stock price, and we did not want to “offend” the “cancel-culture warriors.”

In 2017, most of the social positions we took included attacking my own conservative Christian values. While it harmed me personally, I was more afraid of the consequences on consumers and the world my son would grow up in. A telecom company with the power to shut off your “connectivity” to the outside world should not be choosing any sides in a culture war. It is dangerous, and the next logical step would be to ban cellular service to people that disagree with the social policies of the company. After all, “you can just go to a different company," even though our tax dollars went to funding our growth.

I had to push back. While I could not affect change inside the company, I wanted to talk to all the people who were being silenced by technology companies to see if they were as “toxic” as they were portrayed.

Discourse Is the Key to Bringing Americans Together

My radio career started with a small podcast for a Christian website. This gave me access to people who were having their speech banned by large tech platforms, not just publishers. It was very small to start. I did not care about the views, and I just was happy to speak to these “social outcasts” in the conservative Christian world. I started the radio project because I could no longer stand by while people were smeared by the mainstream media for debating theology or politics. I do not believe any topic should be banned from public view, conservative or progressive. All arguments should be presented to the public, but this was not happening. The culture war was turning to violence, and I watched a new political movement becoming very powerful.

This is the party of silence. They have no interest in debate, understanding or common ground. If you don’t agree with them, they will viciously attack you until you can’t provide for your family. I was more concerned with the conservative Christians because of my experience, but I would go to bat for any person who was not calling for violence. I was eventually asked to leave my tech position for undermining “company values," and made radio a full-time gig.

“”
It doesn’t matter what you believe. You are always welcome on my radio show.

I scored my first major interview with a Christian who the media has smeared as a Nazi. He had an enormous following but had been banned from social media and the public square because of his deep Catholic beliefs. This only made him dig in deeper, and I watched the evolution of him becoming more radical as he was being silenced. I didn’t trust the media much, and I wanted to find out who he was for myself. I was shocked that he immediately accepted, and he has helped me through the turmoil of changing professions. Since then, I've conducted 150 interviews with major public figures. Almost all of my guests have been removed from the literal "public square" and internet. You will never hear their point-of-view unless you specifically look for them.

While most people think that I’m providing a platform to "hate figures,” I still don’t understand the concept unless they advocate violence or racial supremacy. On a personal level, I have never interviewed someone who didn’t try to help my family, even when they disagree with me or my views. I am multi-cultural, and I would not expect a Nazi to speak to me. The experience itself was enough for me to do conservative Christian radio full-time for free. “De-platforming” was becoming more common in 2019, and I believe this directly correlates to the violence you see today. It seems obvious. If you cannot speak to your "political enemies,” the next step is going to be more fragmentation of society, tribalism, then violence.

It doesn’t matter what you believe. You are always welcome on my radio show, and I try to show the absurdity of “cancel culture.” If you think someone is "hateful" and take away their ability to speak, make a living or participate in society, you’re going to create the monster that you claim you are fighting—and we cannot afford for that to happen when things are escalating daily. Because I have taken this stance, I am now guilty because of my associations. I have been blackballed from work, threatened and randomly attacked. All because of a free radio show that advocates not silencing people with conservative Christian worldviews. In the same way that cancel culture radicalizes people, I have now been forced to make a living in radio because of how I am judged by employers.

I wanted to prove that everyone I spoke to was a human worth listening to, even if you disagreed with all that they said. Most of the people on my show have been forced into hiding, lost income, jobs and will never have a public minute away from harassment. It is easy to blame them for holding a public position you would find to be disgusting. It is much harder to get to the root of why they feel that way and befriend them. One day your views may be considered "disgusting" and "hateful" by mainstream culture, but you will have a show where you can present your ideas without fear. You cannot ban thoughts. You can only present ideas and gain feedback. That is my mission, even if some people think I am leading a Christian, right-wing audience into bad ideas.