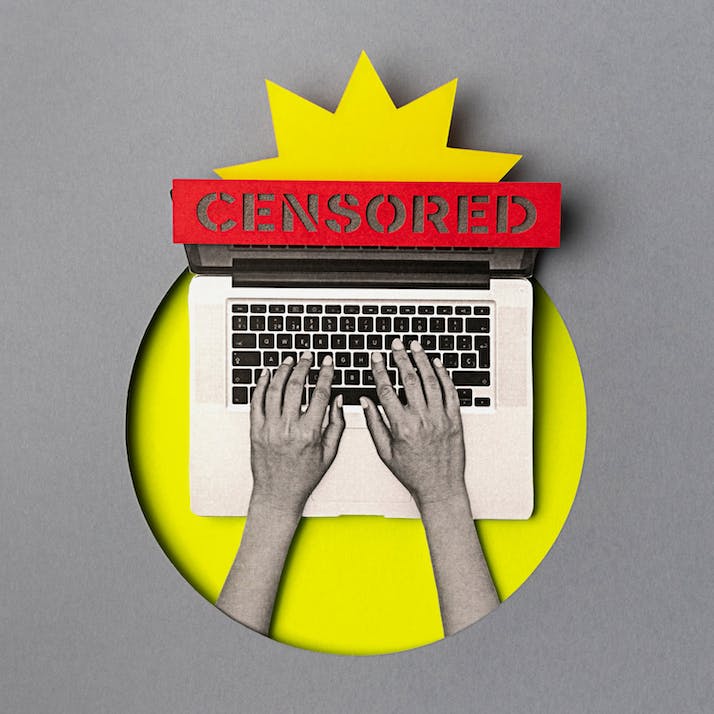 I Joined Parler So I Wouldn’t Be Censored

The conservative social media platform is not a safe space—it’s an example of the free market in full-effect.

People join social media platforms for many reasons. The main one, however, is to connect with family, friends and like-minded people. Exasperation with Facebook and Twitter suppressing comments and posts, however, has led to many making their voices heard in a new way. Which is to say, I am one of the more than eight million people who have switched to the social media app Parler since the November 3rd election.

I have a Facebook and Twitter account for my personal use. I also have a Facebook page for a political club that hosts events and used to receive a couple of thousand impressions per post. The most popular posts would receive closer to 10,000 impressions. But since Facebook and Twitter changed their algorithms, my posts barely get 100 impressions—my most popular post only received 1,100. Nowadays, my followers don’t see events or posts for up to four days after I originally publish them. Many have shared these club posts to their page, only to see them disappear from their timelines. Even I have experienced posts disappearing after sharing my political club musings onto my personal Facebook page.

“”
Many of us conservatives have been victimized by the increase in censorship this past year.

Many of us conservatives have been victimized by the increase in censorship this past year. Friends have had their Twitter and Facebook pages suspended over posts that the app deemed “untrue” or “offensive.” But only when you read the explanation of the censored post can you see the true censorship happening on these two platforms.

My last censored post had an explanation that said, “The statement was true, but there was more to the story.” The “more” was that it was still being investigated. Even when a post was accurate, Facebook police deemed it didn’t fit their narrative, so they threw doubt onto the accurate statement. It’s like calling the sky blue. Facebook will put a disclaimer that the post is “false” or “partly true,” explaining that, “The sky is not actually blue. Water molecules in the air only give the sky the appearance of blue.”

This gives the impression to other readers that the post is misleading or a lie. And the more Facebook does this, the less credible the author becomes. As a consequence, they lose followers and their messages get muzzled. The biggest form of suppression occurs in the form of replies and comments being filtered from the “Most Relevant” categorization. I have commented on many posts, but many of them aren’t even displayed. Only when I switch to “All Comments” will I find it. This suppression helps guide conversations in certain directions and gives the impression that right-leaning ideas are not as popular as they truly are.

Because Facebook and Twitter—and their long-standing censorship towards those that disagree with their views—have had a monopoly on social media for quite some time, a whole new set of platforms have emerged. Parler, for example, is the Twitter competitor, while MeWe seems to be the one to challenge Facebook. Since signing up for Parler, I’ve seen a huge difference in my impressions. With just a tenth of my followers, my posts are seeing greater impressions than what I have been witnessing on Twitter. Parler even allows posts that have previously been censored on Facebook. The site is a great place for non-liberals to have conversations without trolls entering posts, disrupting conversations and calling names. It’s also a more peaceful platform, allowing people the opportunity to think for themselves.

“”
It’s also a more peaceful platform, allowing people the opportunity to think for themselves.

Parler Is an Example of the Free Market Working

In Men in Black, Tommy Lee Jones says, “A person is smart, people are dumb.” Nothing corroborates that more than social media. Unfortunately, hate has taken over Facebook and Twitter, and many smart, reasonable voices remain silent to stay clear of the noise and animosity that opinions may bring. The fringes of each party continue to hijack posts to drown out the opposition. Civil conversation and disagreements are no longer the norm.

That being said, I still support Facebook and Twitter’s rights to censor and suspend whomever they want. The first amendment to the Constitution only protects free speech from government suppression, and private companies have the right to set their own rules and regulations. The free market system in the U.S. makes us greater than any other nation—it allows us the opportunity to buy a similar product or service from multiple vendors, which keeps prices down and competition fierce. The consumer wins. No one wants to move to MeWe or Parler; they would rather stay on Facebook and Twitter and have rational conversations that aren’t censored or suppressed.

Although Parler has been deemed a “safe space” for conservatives by many left-leaning people, it is far from that. The app’s movement is about like-minded people getting together to voice their resentment over the wrongdoings and suppression by sites like Facebook and Twitter. No one wants to be censored or suppressed. The growth of Parler and MeWe are simply examples of our free market system working as designed.