Why I Vote Pro-Life: I Helped My State Outlaw Abortion 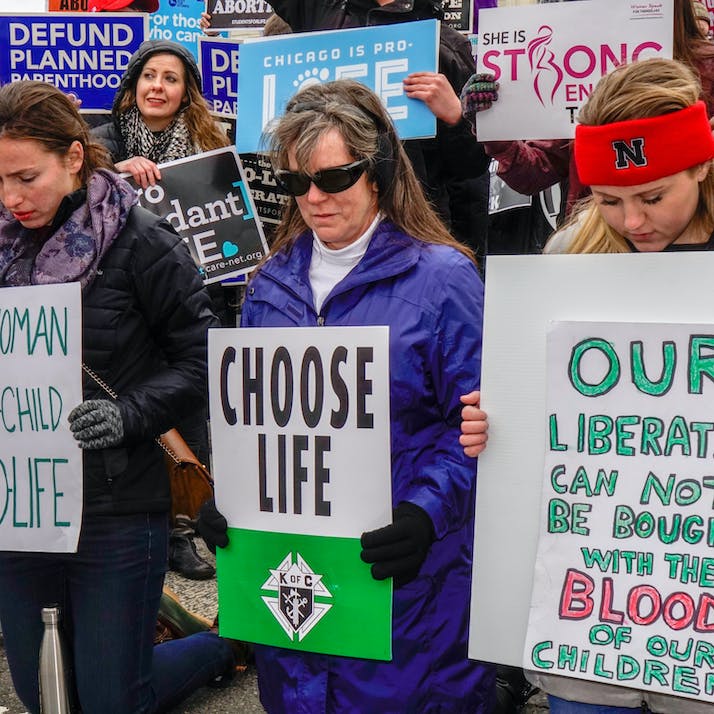 Why I Vote Pro-Life: I Helped My State Outlaw Abortion

A state senator explains why he helped outlaw abortion, even in cases of rape and incest.

I write to explain the heartfelt reasons why I signed on to a recent bill that criminalizes abortion even in extreme cases such as rape and incest.

Prior to delving into this polemic topic, I want to emphasize that this decision was not an easy one, and emotions run high on all sides of the discussion concerning abortion. It is a sensitive topic that requires the utmost respect and dignity, and I recognize that my decision is likely to cause some of my constituents to experience pain and distress. However, when faced with such a precarious decision as the right to life, sometimes we are forced to choose the lesser of two evils. In this case, I strongly feel that protecting life at all costs is the better option even if it means forcing women to give birth to babies conceived under horrific circumstances.

“”
This decision was not easy.

Why Abortion Is Wrong

Initially, upon considering whether I would support this bill or not, I was called a murderer for even considering the other side of the argument. My fellow constituents and I really deliberated how we would vote, as we aimed to put aside any biases we may have in an effort to represent those who put us in office—as we are obliged to do so.

Thus, when asked to write this piece, know that I’m now coming from a place where I have people writing me to exclaim how they will rape my daughter so that I too can understand what it means to “need” an abortion.

When I sat down to consider my decision, I started out by asking two fundamental questions: “As We, the People of the United States of America, who are we and what values do we hold dear?” Immediately, my mind went to the words of our Founding Fathers who believed that all humans were entitled to life, liberty, and the pursuit of happiness. The first of the three inalienable rights is none other than the right to life. The founders of our nation had a clear vision for its future, and they viewed the right to life as essential and undeniable.

But, what does abortion do? Clearly, abortion serves to deny people the right to life. It is particularly problematic because it ends, prematurely, an innocent baby’s life while still forming in the mother’s womb. As a society that is built on the notion that life is sacred and each person is inherently awarded the right to it, it seems woefully unethical and downright anti-American to allow a procedure to continue to be legal which contradicts the most basic of human rights. If I were to support an abortion bill and not sign into law a mandate that makes the procedure illegal, what would I be saying about the basic rights guaranteed in our Constitution? In my humble opinion, I would be breaking my oath to uphold the Constitution and protect the most vulnerable among us had I not supported this bill. I would be culpable of being unfaithful to my nation, its people, and the values the Constitution represents.

“”
I was called a murderer for even considering the other side.

Eugenics and Racism Are Two Reasons to Be Pro-Life

Next, I researched the groups that funded and supported the pro-abortion movement in the United States and organizations that make money from providing these procedures to vulnerable women. Sadly, Planned Parenthood, the number one provider of abortions in the United States, has despicable origins and a highly disturbing past (Primrose 167). Most notably, it was founded by Margaret Sanger who, among other unfavorable characteristics, was renowned for being a racist (Primrose 165). Particularly, she despised people of color and wanted to exterminate the Black population because she viewed its members as inferior to white people (Shimabukuro and Lewis 7).

It is not surprising that a disproportionate number of Black women opt to have abortions through Planned Parenthood largely because they are targeted by the organization. It is not a coincidence that Planned Parenthood clinics are overwhelmingly located in poor, urban, Black neighborhoods (Tatalovich, Daynes, and Lowi 25). Part of the company’s business model is to target its services towards poor, urban women who are mostly of color, thereby fulfilling the agenda of its founder. The number of innocent Black lives that have been prematurely ended due to abortion is staggering.

The highly controversial and downright disgusting history of abortion in America and Planned Parenthood raises many moral and ethical red flags and makes me uneasy to say the least. It seems that abortion in the United States is directly linked with eugenics and ethnic cleansing. Any time questions of ethnic cleansing or eugenics come into play, we must ask ourselves if this is a path we really want to go down. For me, the answer is clear: I do not want to support any organization or procedure that is grounded in racism and eugenics and, therefore, I cannot continue to support abortion or Planned Parenthood. I would hope my fellow colleagues would come to the same decision as well.

“”
Abortion is a way for people to do what they want.

Abortion Simply Does Not Represent America

I also took into careful consideration the direction our nation is headed. It seems to me that we are no longer a nation of values and ethics; we are slipping away from our roots as a people who work hard and take ownership of our successes and failures. We, as the people of the United States, have lost our commitment to human decency and ethical, family-focused and community-minded behavior. These norms have been replaced with a lack of respect for the human body, unprecedented freedom of sex and sexuality, and an utter dismissal of personal responsibility. People no longer feel that they are responsible for their actions, and many people are unwilling to deal with the consequences of their decisions. This leaves single motherhood rates skyrocketing, sexual disease rates in the U.S. at an all-time high, and societal impacts that cannot be measured which damage our communities.

Abortion is, in my estimation, a way for people to do what they want without recognizing the obligations and responsibilities that come with their choices. This is a terrible worldview, and the thought-process is not one that we should be proud to pass on to our children. If we allow this train to continue down the track it is headed, it will negatively impact all our decisions on the individual, community, societal, national and international levels, and make us a country without values and personal accountability. This is not the future I want for our children. And it is one that is doomed to fail.

I Didn’t Vote Pro-Life to Attack Women, I Did It to Protect Life

In response to my decision to sign this bill, my family and I have had threats against our lives. Again, I recognize this is a hard pill for many people to swallow and may seem like an attack on women, but I assure you it is anything but that. It is, actually, a way to honor and protect women—and men—from conception until their natural death. Despite the pushback my family and I have received, I would not change my decision even if I could.

Instead, I want to help to create a future that values the fundamental rights of all people to include the unborn. I want to live in a nation that does not allow racist, eugenics-based policies, organizations and procedures to thrive. I want to raise my family in a world where people take ownership of their actions and are committed to personal responsibility.

These visions for the future require me to make tough decisions that are likely not going to be popular with some of my constituents. Particularly, I am forced to take the right action and support my colleagues in ending the barbaric practice of abortions. I hope that, with time, society recognizes how wrong it has been to allow abortion to go on for as long as it has. It is my wish that we learn from our mistakes and view them as lessons for the future. It is my earnest dream that we become a nation that truly upholds the Founding Fathers’ ideal that all people, including the unborn, are entitled to life, liberty and the pursuit of happiness.

State of the UnionFounder's Picks