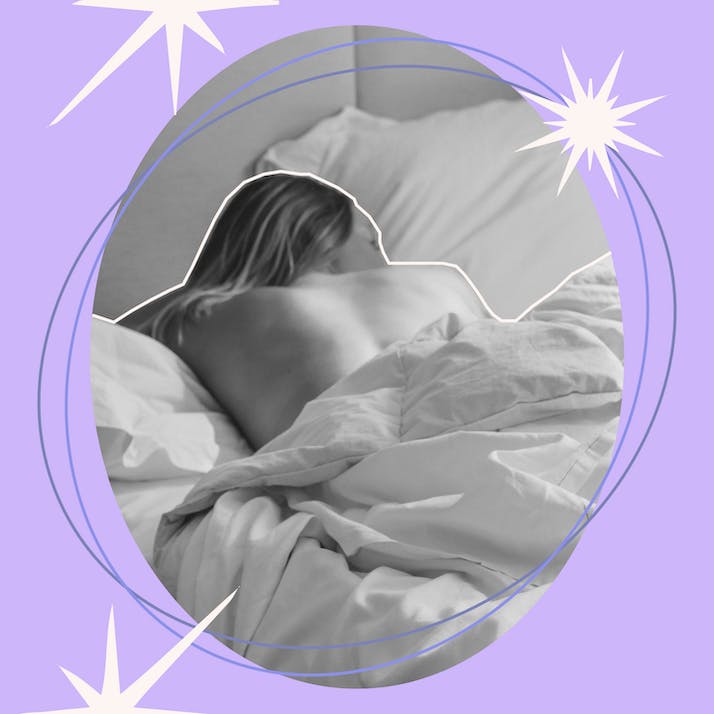 Why Do I Feel Guilty After Sex? My Christian Upbringing, That’s Why

A young woman writes about what may or may not make a "good woman."

In the church that I attended every week with my family while growing up, I got the impression that the most significant thing that a woman could do was to get married and start a family. Young couples would get engaged very quickly, and within a year or so they would be bringing a couple of little ones along to the Sunday service with them.

These women were praised for their devotion to their husbands, and to God himself, as though by marrying and bearing children they were fulfilling God’s divine plan for their lives. And while there were some single mothers and unmarried couples with kids in our congregation, their status was ignored entirely or discussed with raised eyebrows and a sense of judgment that was clear to an inquisitive seven-year-old.

Sex was presented to me as something that was designed to be shared exclusively between husband and wife, and it was inextricably connected to procreation—for women, at least. It is telling that polygamy is permitted for men in the Old Testament but is considered sinful for women. Moses, Joshua, David and Abraham all had more than one wife, and sleeping with an unmarried or unbetrothed woman did not count as adultery.

It is noted in the Bible that Solomon, hailed as one of Israel’s most extraordinary kings, enjoyed countless extramarital sexual relationships with his many concubines. In biblical times, men could visit prostitutes without attracting social disapproval. Meanwhile, Israelite women were commanded to go to the marriage bed as virgins and remain faithful to their husbands throughout their lives or risk being stoned to death.

Having Sex as a Christian Is Different

The stories of sexual women that I encountered as a young girl were almost invariably tales featuring the stock character of the deceptive temptress. For example, Delilah is a sexually autonomous woman who works for the Philistines and seduces Sampson in order to ruin him, bringing him to spiritual and physical destruction. Jezebel—her very name now a synonym for “wicked woman”—is often considered one of the most irredeemable of all biblical characters, who leads her devoted husband astray and encourages him to worship false gods. Potiphar's wife lusts after Joseph and accuses him of attempted rape when he rejects her sexual advances, resulting in his imprisonment.

These are the wicked women, the “bad girls of the Bible,” cautionary tales of the destructive potential of rampant female sexuality.

On the other hand, the biblical women who were offered to me as role models were obedient, devout and chaste. Virtuous women in the Bible improve the lives of their husbands and are patient when it comes to their deviances and desires.

Without realizing it, I grew up with the subconscious belief that chastity and purity are synonymous with female virtue. It paved the way for me to feel guilty after sex.

“”
Without realizing it, I grew up with the subconscious belief that chastity and purity are synonymous with female virtue.

I Felt Guilty After Sex for a Long Time

For various reasons, I turned my back on religion at the age of 15. I naively convinced myself that I had become a new woman and that, now that I no longer had a faith, I would leave the more dogmatic and judgmental aspects of the Christian church far behind me. I grew up, actively educated myself about feminism, and gradually became more outspoken about women’s rights to enjoy sexual autonomy.

However, dismissing ideas that had been such a formative portion of my growing up was not going to be as simple as I had hoped. I had my first sex with a boyfriend at the age of 18. During what should have been an exciting experience, it came back to me that the idea of sex before marriage is sinful and that a woman should be pure and modest.

As soon as my clothes were off, I was filled with a sense of shame, despite my lack of belief in a God looking down on me. I couldn’t believe it. I was, and continue to be, very much in love with my partner, a fairly self-confident person, and a feminist who enjoys her body and firmly advocates women’s sexual freedom. Instead of making the most of being in bed with a wonderful person, I was hit by a toxic mix of leftover guilt from my church-going days, and annoyance at myself for possessing so many inner contradictions.

These feelings didn’t disappear after my first time or the time after that. More than a year later, I found myself lying in bed in my partner’s arms, crying onto his chest because of all the mixed-up feelings going on in my head. I wanted to be sexy, to try new things, to be able to voice my wants and needs. I did not want to be merely the submissive woman who lies back, unable to be either open or proactive about her desire.

“”
As soon as my clothes were off, I was filled with a sense of shame.

The damaging and archaic ideas about sex that had become ingrained during my childhood and early adolescence made me feel like a total fraud. When I talked with friends about feminism and the importance of women feeling empowered to openly discuss what they want from sex, I couldn’t help but think back to all of the times that I had been prevented from trying something in bed because of self-doubt and (I admit) a sense of disgust and shame.

It is only now, in my adult life, that I am beginning to be able to process and dismiss these feelings in a healthy way. I am working through the warped ideas of female purity that have always been present at the back of my mind and am enjoying a fulfilling sex life not marred by notions of “chastity” and “sin.”

A woman’s worth has nothing to do with her sexual history or having sex as a Christian. To be a “good woman” does not mean to be a virgin until marriage, or to solely embody purity and obedience. Outdated as they seem, I learned the hard way that many patriarchal ideas about female sexual desire have terrifying sticking power. The sooner that we free ourselves from these archaic models of judging both ourselves and others, the sooner we will be one step closer to achieving real equality in body and mind.