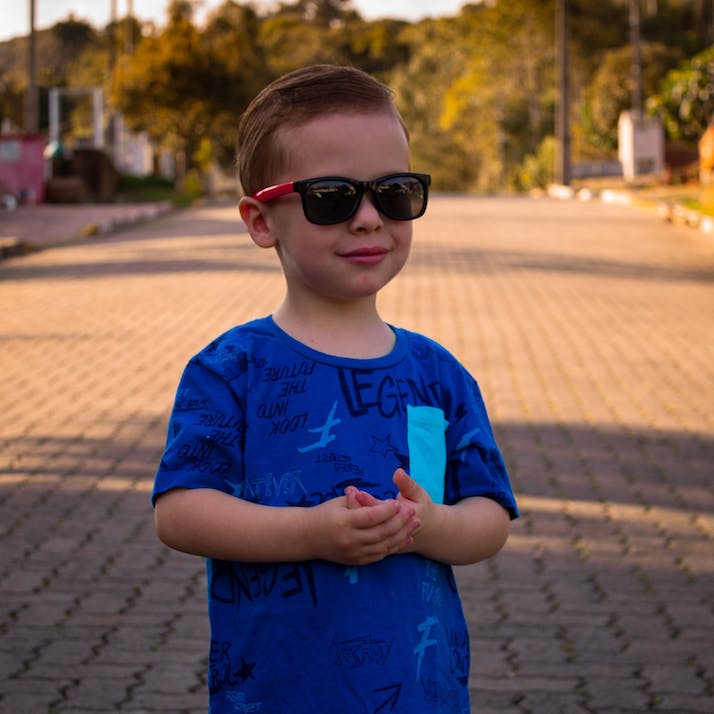 I Discovered My White Privilege as a Child Actor in Mexico

Throughout my young acting career, I realized that a small, white minority held almost all the power in my industry and adopted country.

If acting can be considered a job, I got my first when I was just five years old. That’s not just a story I tell my children. At such a young age, I learned a lot: from the value of hard work and delayed gratification to the existence of a very real type of “white privilege.”

Wait, a conservative talking about white privilege? It’s not what you think.

Over the years, the more I pondered being an American-born kid living in Mexico, the more obvious it became. My child-acting career was successful thanks in part to white privilege. But it wasn’t the Marxist-inspired fraud known as “white privilege” that supposedly plagues the United States. Rather, it was a very real phenomenon in the Spanish-speaking country.

“”
Wait, a conservative talking about white privilege? It’s not what you think.

Being a Child Actor Had Its Challenges

The hard work—and it was hard work, especially for a young child—provided valuable lessons. The hours were often grueling. Sometimes we would stay on set almost all night. The seemingly endless repetition was enough to drive a person mad. Why couldn’t I go play with my friends like normal kids? Even school would have been better than standing in the same place, repeating the same dumb lines, making the same dumb motions over and over and over again. And I hated school.

There would supposedly be a reward someday. But my parents just took all my money and invested it in a fund, whatever that meant, promising me access when I turned 18. To a young child, waiting until 18 sounds like waiting for eternity. Another lesson learned: delayed gratification. By the time I got to be 18 and received my money, I wasn’t much more mature than when I was earning it. And so, naturally, I spent it on drugs, parties and road trips.

Occasionally there would some be instant gratification. One time, for example, my brother and I did a commercial for chips featuring “tazos”—a Mexican version of Pogs that came inside bags of chips. The team let us keep a whole suitcase full. Now that was cool! All the kids at school were so jealous. Suddenly, my brother and I were the tazo masters, carrying at least one of almost every version made.

I Experienced the Good and Bad of the Entertainment Industry

At eight years old, I was hired to act in a commercial for a new movie about fires set by Saddam Hussein. Basically, the ad showed a cake with “trick” candles that were impossible to blow out, right in front of me. The commercial ended up becoming ubiquitous. Anybody who watched TV saw it and saw it again. I learned how cruel some people could be—especially kids.

At school, some of them would tease me. “You are so pathetic, you can’t even blow out some little candles,” they would laugh. My cheeks would turn bright red and I wished I could just hide.

There was a flip side to that lesson, too. One of the projects I worked on was 1996’s Romeo + Juliet, much of which was filmed in Mexico City. I’ll never forget sitting next to a young Leonardo DiCaprio at a beautiful cathedral where he entertained me and my brother for hours on end with fart jokes. Yes, seriously. “Pffrrt.” He’d squinch his lips together and then look at us. “Hey, what was that? Who did that?!” We keeled over laughing and had a great time before finally going back to our personal trailer to relax for a while.

Not really knowing who he was, my mom decided to snap a few photos of us standing next to Leo. I almost completely forgot they existed, but years later, attending middle school in Brazil, I learned that basically every young girl on the planet was madly in love with this funny, fart-noise-making actor. My brother and I got some of those pictures printed, and soon every girl at school was begging us for a signed copy of it. My brother and I started selling the pictures for about two bucks, learning about entrepreneurship in the process. Now that was fun. Today, as I see DiCaprio flying around the world on private jets lecturing me about my “carbon footprint,” it makes me want to barf. Still, as a kid, it was cool to claim I knew him.

Those two memories were important learning experiences. People can be cruel if you can’t blow out candles, but they can be cool if you knew a handsome celebrity, making you Mr. Popular. Are people that pathetic and superficial? Certainly, many of them are. It’s sad but true.

“”
Though I didn’t really think about it until years later, the relatively small white minority in Mexico really did hold almost all the power, both economically and politically.

My Time in Mexico Taught Me About White Privilege

The bizarre experiences as a child-actor in Mexico taught me about what real “white privilege” looks like. Growing up as a fair-skinned, light-eyed descendant of mostly Northern Europeans in Mexico City in the late '80s and early '90s, I never really thought about race or skin color. It was very clear that lighter-skinned descendants of Spaniards were far wealthier than the darker-skinned masses of “Mestizos,” or the descendants of Aztecs, Maya and other native peoples. But I had not consciously processed it.

Though I didn’t really think about it until years later, the relatively small white minority in Mexico really did hold almost all the power, both economically and politically. Our wealthy upper-class neighborhood in the hills outside the city consisted of virtually all fair-skinned families, with the exception of the maids, cooks, drivers and security guards. On set, whether filming commercials or movies, it was usually the same—aside from some lower-level employees, almost everybody there had very light skin, light eyes and light hair. The Mexicans even had a term for people like me and my brother: “Güero.”

Of course, it had been like that for hundreds of years, since the Spanish conquistadors arrived and subdued the powerful empires of the region. Apparently, it’s slowly changing. But if you want to experience real white privilege, I highly recommend a trip to Mexico or Latin America.

Parents often tell their children about their first job, how hard it was and the lessons it taught them. When I tell my kids that I was sometimes working 12- to 16-hour days before I was six years old, they typically laugh. But it’s true, and while it might have been tough, the lessons learned—and the money earned—were well worth it.