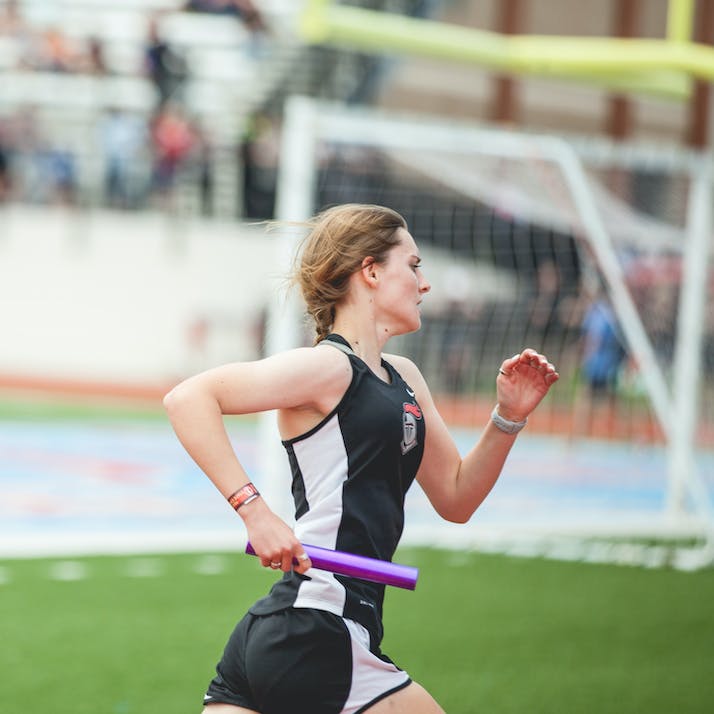 Equality in athletics still has a long way to go, a running coach writes.

I’ll never forget my first day as a coach. I was 23 years old, right out of college and exhausted from my first nine-hour day as a teacher, when I first stepped foot on the beet-red crumbling synthetic rubber track of a Maryland college. My male assistant coach looked at me with undisguised shock.

“You're the head coach?” he asked, astounded.

After that not-so-warm welcome, he peppered me with a series of questions, trying to gauge my skill set and experience. “Oh, so you ran in college? What are your times? What do you know about mileage? Do you need help? Wait, so you’ve never coached before? Don’t worry, I can help you.”

And so it began.

I Was a Successful Runner; There's No Question I Should Be Coaching

I was a competitive runner from middle school all the way through college, and by the time I started coaching I’d already been through three successful programs, two club teams and three years in Division I. I also had experience with two strong female coaches—one in high school and the other in college—who produced both personal and team successes year after year.

Even though female coaches were few and far between, they both inspired me to follow in their footsteps.

I was the only female coach for both cross country and track and field that year. I don’t think I fully realized how differently I’d be treated as a woman—criticized, critiqued, questioned and treated like I was dainty and fragile—until track and field season that spring. As a new teacher and coach, I didn’t want to step on any toes, so I did what any other first-year coach would do: Stay quiet and listen to the advice from other male coaches, even though I didn’t always agree with them (and they were often condescending).

My male colleagues often felt the need to explain things to me as if I were completely new to the sport. Afterward, they’d reward my patience with a pat on the shoulder, like they'd helped me understand a colossal idea I wasn’t capable of figuring out on my own. They called me “sweetie” and “honey.” During practice, they’d talk over me, and any advice I gave our runners would get rephrased and re-explained as soon as the words left my mouth.

This went on for years.

“”
Anything that was considered to be a challenge to the male coaches’ authority—or really any change, in general—was not allowed within the program.

Along with my desire to push athletes to excel, I knew I needed to literally and figuratively go the extra mile to make my mark as a credible coach. And I did—our teams consistently improved each year I was in charge. More of our athletes qualified for the state meet, and, after graduation, more continued on to running careers at the next level. As athletes began to respond to my coaching style, they started to see more success, pushing themselves more in practices and meets. The success was infectious. Finally, after four years of six-day coaching weeks, our boys track and field team had the perfect day. In May of that year, I was able to see all of the hard work pay off when we won the state championship by half a point. It was the best day of my coaching career so far at that point, even if my male counterparts didn’t support me.

Six years into my coaching career, I moved to Colorado for a new job and a change of pace. I ended up walking into a coaching situation where the only position available was as an assistant coach. The head coach had zero running experience when he took over after his daughter started running for the school. On my first day talking with him, I realized that the male coaches here were much of the same as they were back in Maryland. They called my coaching experience into question. My input for workouts, meets and team bonding activities were shot down day after day. Anything that was considered to be a challenge to the male coaches’ authority—or really any change, in general—was not allowed within the program.

“”
Looking back, I wish I would have spoken up sooner.

I Found Out I Wasn't Alone

During the following track and field season, I was one of five assistant coaches to two male head coaches, making me the only female in an authority position for both our girls and boys teams. The head coaches didn’t get along. They were part of what I came to understand as the “Good Ol’ Boys Club”: unmotivated, stuck in their ways and constitutionally unable to agree with each other over anything. They demanded respect from athletes and coaches, yet did nothing to earn it—since they had no experience running themselves. However things were done in the past, that was how they were always going to be done in the future. I often found myself in the middle of arguments where they’d ask me to do something because “you’re female and you’re organized.”

After nine years of this, I realized that I couldn’t be the only female coach experiencing challenges from their male peers. I soon found out I was right. A woman I worked with told me about a local support group started by other female coaches. I checked out a meeting and found ten strong, determined, successful women who I could relate to on a personal and professional level. We shared stories, laughed, gave advice and last spring we all went to a coaching conference together. They gave me a voice—I felt more confident to stand up for myself, show my expertise, share my personal experiences and have an opinion.

Looking back, I wish I would have spoken up sooner.

Trying to be non-confrontational, kind and open to hearing people who have bigger roles than I put me in a position where I wasn’t taken seriously. Despite being silenced for nine years, I’ve learned to not question myself or my expertise anymore. I would love to say that the challenges I’ve faced are an uncommon experience for female coaches, but I’d be lying. I’m proud of myself for having overcome things that most male coaches never have to go through, and for learning what I have along the way. I hope I can inspire future female coaches to stand up for themselves, to use their voices and to realize that they are there for a reason.