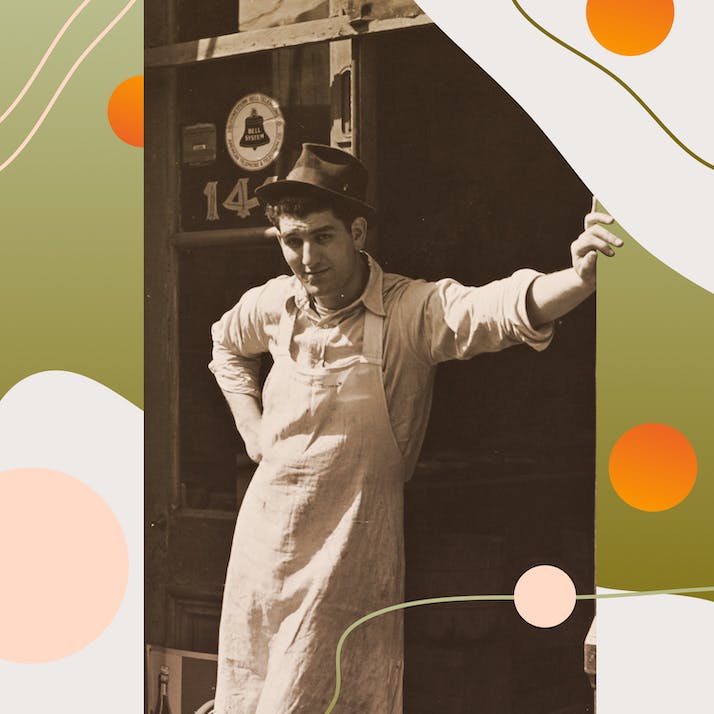 What Americans Can Learn From the Immigrant Spirit

A second-generation immigrant explains how Americans could benefit from embracing a newcomer's enthusiasm.

"Nearly all Americans have ancestors who braved the oceans—liberty-loving risk takers in search of an ideal—the largest voluntary migrations in recorded history…Immigration is not just a link to America’s past; it’s also a bridge to America’s future.” – President George H.W. Bush

As I sit here with my COVID-19 mask collection, I am thinking about my dad’s parents. They are long gone now, but they shared critical stories about their past lives in Eastern Europe. After the horror and suffering they faced in the infamous “pogroms” in Russia and Ukraine in the early 1900s, it was no wonder they were so happy, relieved and proud to arrive in the U.S. to become citizens. A Google search informs us that a pogrom was “an organized massacre of a particular ethnic group, in particular that of Jewish people in Russia or Eastern Europe.” My grandmother had nightmares about these organized attacks for her entire adult life. Hiding in a haystack as a teenage girl so as not to be raped or have a hand chopped off is not something anyone born today in the U.S. can identify with.

My grandfather had scars up and down his body, sides and forehead from the Cossacks, who used the blades of their swords to slice him up. His four-foot, 11-inch sister dragged him home and saved his life. Another time, he was visiting a nearby town to get supplies and was advised not to return home that day. He slept that night in a shed with cattle. The next day, when he arrived at his home on the Ukraine-Russian border, he found a few dozen dead folks from his village, including their rabbi. He and a few others dug graves and said their prayers.

So, it shouldn’t be a surprise that they eventually left their homes, and somehow, around 1918, were fortunate to be included with a large group of refugees on a voyage across the Atlantic riding in third class to Ellis Island. Thankful to arrive in America, they had no food stamps, no welfare checks, just Brooklyn and Lower East Side tenement walkup railroad apartments with no air conditioning and no refrigerators. Every man for himself to find a job and stay alive. They worked their asses off for the next generation. My grandfather became a baker on the night shift—he worked for the union for almost 50 years, and with his small income as a baker, he could afford to send my dad to medical school in Europe.

“”
Those bullies never bothered me again.

Racism Against Immigrants in America

When my dad was growing up in the 1940s and 1950s in the Northeast, there weren’t any pogroms, but there was still racism by so-called "original whites” against the newer immigrants. These newer white immigrants—Italians, Jews, Irish—were also excluded, along with Black, Chinese and Hispanic people. These “lesser” whites could not buy a home in “originally white” neighborhoods, had no access to loans, were excluded from clubs and life was confined to the parameters of their own neighborhoods.

In my dad’s Class of 1948 high school yearbook, there were photos of all races and religions at that time. They shared the same classrooms and teachers—a living example of Martin Luther King Jr’s "I Have a Dream" speech many years later. Yet when school ended, they all headed to their ethnically-separated neighborhoods. For the most part, their social lives rarely overlapped, although my dad did have a few friends from various ethnic backgrounds.

Twenty-five years later, I was growing up in a nice suburb of Manhattan with a fine public school. The racism I experienced—occasional name-calling from a select group of bullies or perhaps getting punched while walking to school—was so very mild compared to what my grandparents faced. I knew what my grandparents had endured so I brushed it off. In seventh grade, at the advice of my grandfather, who heard my story about being bullied, I carried a baseball bat with me to school. The bat moved with me from class to class. I took a few swings in the air to send the bullies a signal when I spotted them down the hall. Surprise, surprise—I was called to the principal's office and questioned. I told them my situation, and they said, “Okay, just, please don’t bring it tomorrow!” Those bullies never bothered me again.

I recall finding the original 1950s deed for our home from the previous seller. It included a covenant barring the sale or rental of the house to non-whites and people of Jewish descent. (A U.S. Supreme Court ruling held such covenants unenforceable in 1948.) Despite the clause, my parents purchased the house, and over the years our village became more ethnically diverse. There are now many places in the U.S. where the minority population now has a majority. The phenomenon of an ethnically-clustered community is not necessarily a reaction to racism or intolerance. Instead, it’s a natural desire to live with like-minded people that share a common language, culture and tradition. Birds of a feather flock together.

Although many of these ethnic communities remain, Queens, New York, continues to break this pattern. In 2018, the borough’s 2.29 million population held the world record for the most diverse human population on the planet, representing more than 138 nationalities and languages. All these unique individuals live together in peace 99.99 percent of the time. As you explore the streets you notice that every few blocks, the languages on the storefronts change along with the variety of produce and foods. Unlike the 1900s to 1980s, it’s normal to witness biracial couples walking hand in hand in the streets—a real example of America as a “melting pot.” It’s a place where people are valued by the “content of their character,” unjudged because of the color of their skin.

“”
The call of the time is to connect to ancestors.

What We Can Learn From Immigrants Today

As a child, I grew to love Martin Luther King Jr.’s speeches, and by the age of six, I had entire portions memorized. Perhaps these speeches informed my decision to become an immigration attorney. Or perhaps it was my Swiss grandfather who unknowingly piqued my interest. I was 13 years young when I visited Geneva, Switzerland, to spend time with family. One afternoon, my grandfather (who had fled the pogroms in Poland) explained he had once sponsored refugees for “visas'' to be temporarily housed in refugee camps in Switzerland—they were Jews from Poland who escaped Hitler and the death camps. I asked him about visas, and today they’re how I make a living. It is sometimes funny how synchronicity works. Years later, I told my Swiss grandfather about a man from Geneva living in my Manhattan building. I told him the name and seconds later replied. “I sponsored his grandfather.”

For the past 25 years, I have assisted many people from all over the world to achieve their own "American Dream.” Despite the hate-filled narrative— propagated by the news outlets, social media and colleges—that half of Americans are racist and sexist, the truth is, most people living in the United States are peaceful and open-minded. They remain ready to help a neighbor in times of need.

As we move through the present challenges in the country and around the world, we can benefit from calling upon the spirit of the immigrant, part of us that is forever open, ever ready, unwavering, willing, courageous, determined, resourceful, humble, ambitious, hardworking, expansive and brave. The call of the time is to connect to our ancestors who helped build this nation so that we, too, can build a better future for ourselves and our communities, one united in trust and respect.