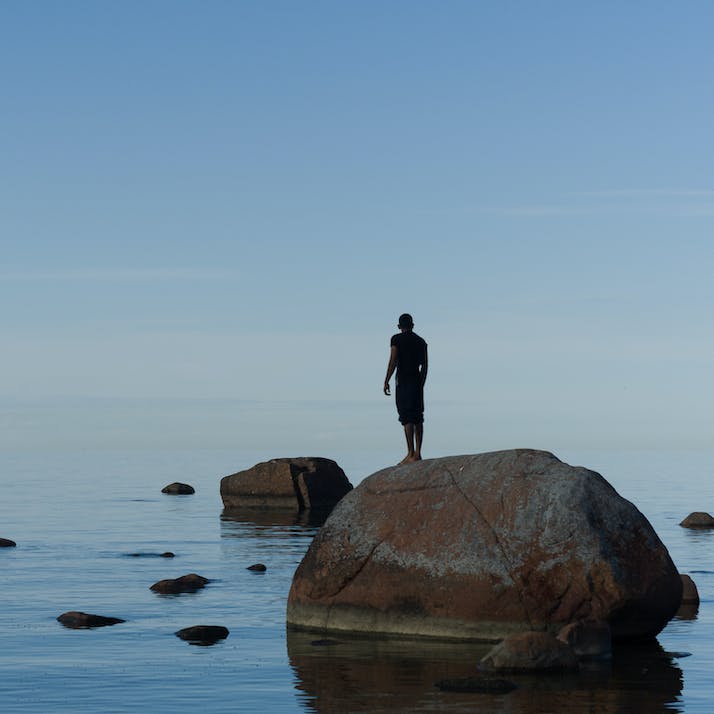 I’m an Expat Watching My Country Burn From Afar

A U.S. citizen living abroad explains what it's like to be on the outside looking in during the 2020 hellscape.

I left the United States for the last time in May of 2017.

Donald Trump had been the president for just over four months, and I hadn’t personally felt the effects of his rule. I traveled through Europe and Southeast Asia before landing in Australia and decided to settle here, leaving behind what I thought was my sleepy, boring home country.

I am a white, cisgender female, and an American citizen living abroad. I was raised in the Deep South of rural Tennessee in the middle of the Bible Belt and Tornado Alley, right along the New Madrid fault line. I wasn’t raised to be a racist, but I also wasn't taught that racist policies and mindsets were so indoctrinated in us that racism and racist people would be unavoidable. Am I the perfect ally? No. Am I as “woke” as I’d like to be? Also, no. Am I actively educating myself and learning how to be a better antiracist? Yes.

So, on May 25, 2020, a world away, I watched as people began to flood the streets of Minneapolis and other cities across the country that I once called home. The Black Lives Matter movement was experiencing a revival. George Floyd had been murdered, and that had created a resurgence of support from across the nation and then across the globe.

I felt sadness for their losses, anger for their unanswered calls for justice and shame because I could not be there to march with them. Right now there are more U.S. citizens living abroad than ever before. Expat American citizens like me are watching the political and civil unrest that’s happening, and the unraveling of the country that we once called home—but we aren’t there to participate.

We are on the outside looking in. So, what do we see? What can we do to answer the desperate call for change that we are witnessing? Because, once again, a movement has been ignited by the unjust taking of a Black man’s life, and we cannot stand idly by.

We See a Country Divided

Social media has been a way for expats to stay connected to home and loved ones stateside, but what else do Facebook and Twitter contribute? Murky political opinions and reposted hyperpartisan headlines flood our timelines. Lines of division are drawn between the feelings of citizens on U.S. soil and the outlooks of those of us who aren’t. Instead of building political camaraderie around racist policy, differing views of the same scene seem to be building a proverbial wall between us.

Clearly, the United States is a country divided. So why are its citizens fueling the fire with pejorative words? These hateful, misguided and ill-informed posts on our social media pages are doing no good for our causes.

Partisan-driven headlines, biased coverage and political propaganda are nothing new. The dividing line between news and opinion in media has become larger and greyer. This bias has been exacerbated by things like social media, the freedom of idea exchanges and the 24-hour news cycle. If we know this to be true, why do Americans continue to reach out to these undoubtedly prejudiced outlets for our news?

“”
Posting a black tile on your Instagram is just not enough.

We See People Desperate for Change

We all agree that change is needed and inevitable, so why can’t we see that devaluing someone’s principles and beliefs, and demeaning them as people, is not the way to increase the value of our own principles and beliefs? With ignorance and hate, we cannot and will not lift them up to what may be, in our opinion, some state of enlightened knowledge or pure good intention.

Thousands of people are marching, professional athletes are kneeling, hashtags are amassing, yet the progress is at all but a standstill. Political party affiliation has become more important to us than any moral issue. Many Republicans refuse to acknowledge the quite obvious need for systemic revolution. Democrats are participating, but are they taking any action to implement the policies and institutions that so clearly need to be fixed?

Posting a black tile on your Instagram is just not enough. The condescension of a political party, as a whole, is not paving the road to compromise and societal advancement. Republicans are calling for an end to riots, yet refuse to kindly take a seat at the table to understand or learn what these people are fighting for.

If we are all so desperate, then why are we still unable to find some common ground?

We See a Country That’s Unwilling to Learn

Traveling the world and living abroad has given me an alternative lens from which I can view the world and my place in it. It is a lens that I am immensely appreciative of. From this lens, I could see how small I was, but also how great of an impact one small person can make on another.

In Laos, there was an older lady selling soup on the streets of the village who would always remember my name and reach out to me when I needed a helping hand. I could see how the United States was only one piece of this giant puzzle.

Social media and the 24-hour news cycle have presented us with an opportunity to develop, but has that really done us any good? They’ve given us the ability to freely engage and exchange ideas from thousands of miles away and enabled us to create open forums of discussion. But, are we better off, or any closer to cooperation, because of it?

Instead of holding salons or informative town halls, we knowingly reach directly into the politically driven arms of Fox News and MSNBC. Maybe we are hoping they’ll give us the comfort of a like mind or a safe space for our ideas. Conservative people must agree with the more conservative-leaning party, no matter how much that may divide us, right?

The term “racist” has become an all-encompassing word that puts a person in this very specific box. Instead of calling out someone’s actions as racist actions, or their policies as policies based on racism, we are defining the human being as completely racist. If all of the people are either racist or not racist, then is there any room for growth or evolution? It seems as if every citizen is on guard with their hands up ready to block being called a racist instead of taking the hands of one another to understand the history of racist policy and our responsibility to make amends.

So, I am calling on all Americans for action.

We See a Country That Needs to Evolve or Perish

The time to be silent is far past us. The time to vote is here. Citizens of all races, religions, economic backgrounds and genders have marched and fought for our right to vote. It is our duty, and our privilege, to see it through and to make our vote count this November.

Single-issue voting is no longer a viable option. We must do our research. We must watch rallies and debates and choose the candidate whose views align the most with progress and equity for all Americans. We must listen to the voices of those pleading for change and equal opportunity.

Americans abroad can no longer be silent. We may be distant, but we may not be disconnected. Our country and our people need us. Our voice and our vote matter. No matter how difficult, or how inconvenient, we must mail our absentee ballots and encourage and educate others to do so too. Citizens that are holding the fort on U.S. soil must reach out to their supervisors of elections, mail-in vote when possible and inspire your circle to do so as well. Republicans, Democrats, Libertarians and all others must put down the weapons and the hate speech, and come together to vote for the sake of our citizens and our democracy.