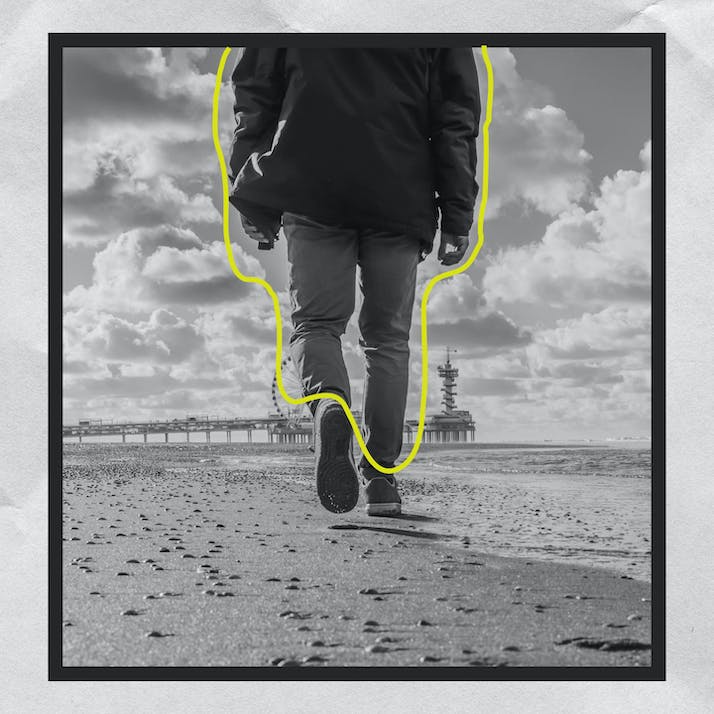 How Walking Transformed My Life for the Better

There are more benefits to walking than just the endorphins.

In January 2021, I could barely walk without becoming out of breath and sweating. Walking made my head hurt and I'd get intrusive thoughts, which were worsened by my fatigue. I hated walking. Leaving the house was not something I did often; since I wasn’t in work or education and was getting disability benefits, I didn’t have much need to go anywhere. After some encouragement from my dietician, who helped me to recover from an eating disorder, I started to go for walks around my neighborhood.

I walked just 10 minutes most days, as that was my limit at the time. Turned left at the corner shop and looped the path back home. My legs and back ached as my muscles regained their strength, but it got easier after a couple of months, like pouring lubricant on neglected gears. 10 minutes became 15, then 20, then 40.

“”
My stamina and motivation rapidly grew, and my social anxiety decreased.

Mental Health Respite Became a Side Effect of My Walks

While walking, I listened to a podcast about a group of people playing a game of Dungeons & Dragons. At the time, it was the only thing that made me happy (or at the very least vaguely amused. Thanks, anhedonia). I also looked for cats sitting in people's windows because I love them and I like to be surprised. This is called reward bundling, where you pair an activity you enjoy that is instantly gratifying with a behavior that provides delayed rewards (like good health), and it made walking a little bit more palatable.

Since I'd been walking past a lot of houses, I saw some really beautiful ones and felt inspired to decorate my bedroom and then bought actual curtains instead of just having a blanket and tin foil over my window. It was an entertaining little project to look for furniture I wanted for a while, and it meant more walking at the shops because I don't like buying things online.

Before, my room was bleak, with mold-spotted bedsheets I had used for four years. Due to my poor mental health, I struggled to do chores consistently for the past six years, but I started to take care of my flat again because I wanted it to look nicer. I got window film for the living room, and for the first time in the three years I'd lived in my flat, I kept the blinds open all day so I could see the film (it looked like stained glass), meaning I was exposed to a lot more sunlight when indoors. And we all know vitamin D is the best!

Around six months after starting to walk regularly, I went out one day when the weather was unpleasant and it was very windy, which meant it was impossible to hear my podcast. But then I realized: I was still outside, despite not having those crutches. I could go out without needing a reward or distraction, and my thoughts were no longer as overwhelming (meditation helped too; I cried a lot during sessions, but it eventually stopped). My body scarcely sweated or felt sore, and my legs didn't chafe anymore.

“”
Now I'm seen as the guy who's always busy, and I've collected experiences that can turn into stories.

Walking Brought Back My Pleasure for Life

In July, I went for a one-hour walk and stumbled upon a nature reserve. Since it was the middle of summer, nature was at its peak and beautiful. I came across lots of flowers, birds and even a couple of deer. This led to other long walks, like at the beach or in the city, and I wound up finding new shops since before I hadn't had the energy to look around properly. Exploring nearby towns became a hobby of sorts, although thanks again to the inescapable anhedonia that depression causes, this hobby felt like work due to the mental effort it took for me to leave town—and I would feel apathetic when I arrived in a new place, thinking that everywhere I went looked similar.

However, I did seem to feel at peace while walking on a simple cycle path by the river, reminding me of a place I'd visited as a teen. I'd always had a love for nature, so that day, I wondered, why not join a gardening group? A week later, I started going to one that held meetings a couple of times a month, which meant I walked more and got a full-body workout while weeding. Plus, we donated vegetables to a food bank, which meant my work helped people. I learned that talking to others while doing a task actually helped me to socialize since I was less focused on what the other person might be thinking, and I appreciated that we weren’t pressured to fill any silences since we were all busy.

That group inspired me to volunteer at a shop, which changed my life. I went from seeing people once a month to several times a week. My stamina and motivation rapidly grew, and my social anxiety decreased from repeated encounters with people. Chores became easier, and I began to think about the future and of my goals instead of living day to day.

During one walk at a country park, I came across a trio of elderly walkers and asked to join them. We spent an hour together, talking and walking. Total strangers! I had intense social anxiety so this was a big deal for me. I'd also taken photos during this walk and decided to draw one of them, breaking an art block I'd had for months.

Then, I started attending art workshops and drawing more things I'd seen on my walks. Sending these pictures and the photos to acquaintances is such an easy conversation starter, as are the activities I now go to. It's no wonder I had such a hard time talking to people: I didn't do anything at all and didn't have anything I wanted to share. But I don’t hold that against my past self; he simply didn’t have the energy for activities. Now I'm seen as the guy who's always busy, and I've collected experiences that can turn into stories.

One thing led to another in a beautiful butterfly effect. Walking kick-started my recovery journey. Walking turned into an exploration of a new place, and exploration led to curiosity about what was down that mysterious dirt path.