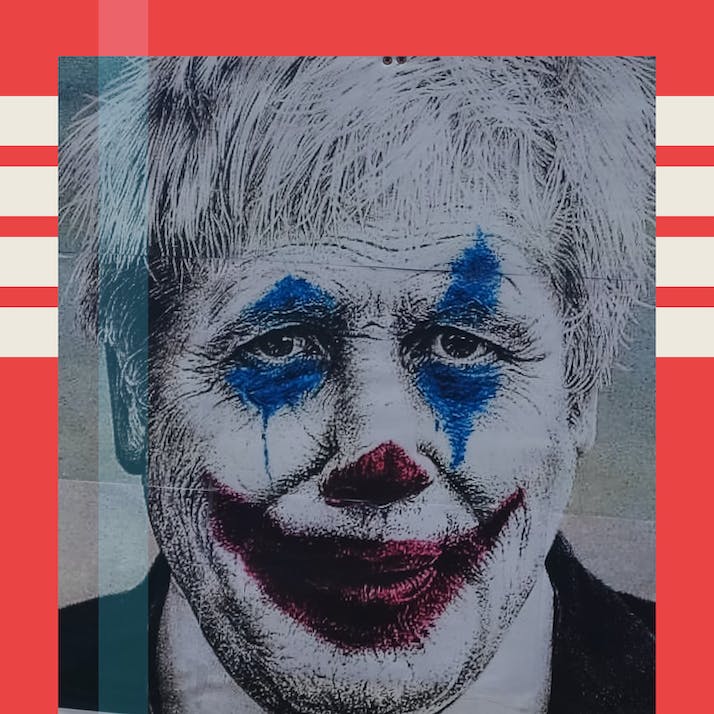 I Voted Conservative in the U.K.'s 2019 Election: It Was the Worst Mistake I’ve Ever Made

I was thrilled to get more involved with the Tories, but the party’s actions throughout the pandemic have been shameful.

In December 2019, a matter of weeks before the COVID-19 pandemic broke out, a lot was going on in the world of politics in the United Kingdom. December 12 of that year saw a massive general election where Boris Johnson of the Conservative Party went up against Jeremy Corbyn of the Labour Party. The election resulted in the Conservatives receiving a landslide majority of 80 seats, a net gain of 47 seats—in turn, this meant they won 43.6 percent of the vote, the highest percentage of any party since 1979.

As a working-class woman in her mid-20s, some of my friends weren’t impressed when they found out that I had voted Conservative. I come from a single-parent household and was a child who benefited from free school meals throughout my education—which means that voting Conservative was and still is seen as a crime by the people of similar backgrounds to my own. Not only are people unimpressed when they find out about me voting Tory in 2019, but when they realize I did so because I supported Brexit and voted leave in 2016, their opinion of me plummets even more.

Although I regret voting Conservative when I did, this isn’t to say that I regret voting for Brexit or disagree with every single thing that the right-wing party in the U.K. stands for. I voted Tory back in 2019 because I believed this party to be the only one that could finalize Brexit and put a stop to the never-ending leave versus remain discourse.

A select number of people know my political secret, and I feel great shame in talking about my then-political stance—but hear me out because I’ve got my reasons.

“”
When they realize I did so because I supported Brexit and voted leave in 2016, their opinion of me plummets even more.

When the EU referendum happened in 2016, I was finally of voting age. I was completely overjoyed because this meant that I got my right to exercise my own personal vote—something that the suffragettes fought for women to have in the early 20th century. I can remember being totally engrossed during the run-up to the referendum. I’d watch countless debates, read dozens of articles, weigh up the pros and cons of both leaving the European Union and remaining, and I truly wanted to use my vote for the better. After much deliberation and deep thinking, I knew in my heart of hearts that voting leave was the only outcome I truly believed in. My nan would always preach about our country being self-sufficient when I was younger. This combined with the fact that leaving would allow us to make our own laws without the approval of the EU, all while the country could save paying a hefty membership fee, made it a total no-brainer.

Putting a cross in the box for leaving the EU was a liberating moment for me, as was the night that followed, when I stayed up until the early hours to see the joyous outcome that meant the United Kingdom would be embarking on Brexit. I was happy that we could control the influx of immigrants and overjoyed that we could make our own rules without approval. Weeks later, everything was thrown into jeopardy when Theresa May moved into Downing Street after David Cameron resigned. She didn’t want Brexit, but she said she would get it done—but could she?

Then, in 2019, an opportunity arose for a new prime minister to take the reins, and when I saw that Michael Gove, Boris Johnson and Andrea Leadsom were in the running, I was excited about politics once more. Boris Johnson ended up winning the leadership election, and then it was time for the country to decide: Who was going to lead the U.K. out of the EU and into 2020? Boris Johnson went head-to-head with Jeremy Corbyn, with much of my generation opting and supporting the latter because of his socialist approach, cuts to university fees and relatable persona that resonated with so many young people. But I was drawn in and totally blinded by Brexit, which meant that voting for Corbyn seemed like I’d be cheating on Brexit, which is why I backed Boris for the duration of his campaign. I was excited to finally get Brexit done and looking forward to Britain getting stronger as it stood on its own once more. After all, it was the people before my generation and those of my grandparents’ age who voted for the U.K. to stay in the EU all the way back in 1975, which made me even more passionate about getting Brexit out of the way.

I was a huge fan of my local MP when I supported the Conservative Party in 2019—she did so many great things for my local area—and I knew I would be voting Tory from the get-go. I hung a big blue poster in my window and was beyond excited to vote when the election took place on December 12. I kept out of the political discourse on social media. I could not bring myself to join in and simply did so by putting out subtle remarks like, “I don’t care what you vote, just make sure you do,” because at the end of the day, I didn’t care what anybody voted for, and I still don’t. We all have a right to vote, and I believe it should be entirely up to that person—and I also believe they should be 100 percent free from judgment too.

Voting for the Conservatives was joyous for me back then and even more so when they won and Boris Johnson was fast-tracked into 10 Downing Street. I knew he would get Brexit done, and at the time, he seemed like a no-nonsense guy and somebody who could fully unite the country after the divisive EU referendum years prior. I took the plunge and became a member of the Conservative Party. I was excited to get fully involved in any way I could and was willing to fully embrace the Conservative Party; I was excited to go canvassing or help out when needed, attend events and socials. But the month that my membership card arrived also marked the month that my trust in the Tories began to waver.

“”
Before the pandemic hit the U.K., I was fooled into thinking that Boris and his party actually cared for the working class.

Since March 2020, the Conservative Party has done so many completely unforgivable things that have caused me to feel deep shame and regret for having voted for them and having joined their party, from their lavish cheese and wine parties during the height of the pandemic to easing restrictions far too soon and stopping free lateral flow tests. They mucked up the visa scheme for the Ukrainian people fleeing their war-torn country and have been completely against working-class people—something they promised me they weren't. They gave people on benefits an extra £20 per week during the height of the pandemic but then ripped this from them just as the cost of living reached new heights. And during the pandemic, they didn’t care about school children and the free school meals they might have been entitled to and gave pitiful food packages that contained the likes of a loaf of bread, three yogurts, a tin of baked beans, a tin of tuna, two potatoes, some fruit and some cheese to last a child an entire week of meals. The only way change came about was when footballer Marcus Rashford campaigned for it. Before the pandemic hit the U.K., I was fooled into thinking that Boris and his party actually cared for the working class—all because of the way they shone light on Brexit and made it sound like it was for the working class. But really, they couldn’t care less.

If I were to come out of the Conservative closet, so to speak, I would be hated by the majority of my generation. As a working-class, disadvantaged, young woman, the Conservative Party supposedly stands against everything I should stand for. But, although I regret voting for them in 2019, this doesn’t mean I am a socialist or a born-again left wing.

I do feel so much shame for having voted Conservative in 2019, though, and if I could take it back, I would in a heartbeat. I wish I’d never parted with money to join their party and receive a stupid plastic membership card. And I wish I hadn’t played a part in making disadvantaged families even more so. While I regret voting Tory in 2019, I don’t however regret voting for Brexit. And although I do regret voting for Boris, I wouldn’t have voted for Jeremy Corbyn—not in a million years. But it’s just a shame that Boris Johnson and his clan had to muck up what could have been a prosperous country by now.