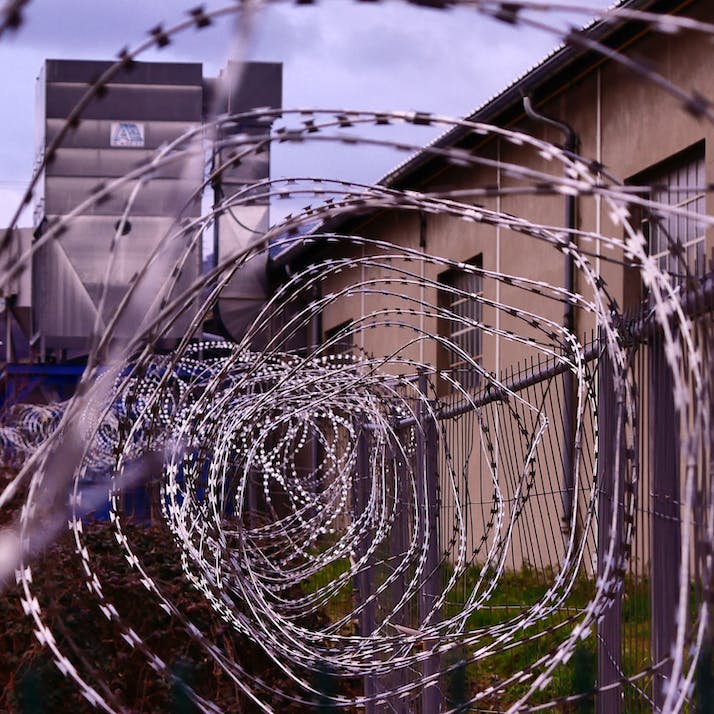 Judge, Please Send Me to Prison: A Victim’s Role in the Criminal Justice System

A deputy district attorney breaks down the interminable cycle of incarceration in America.

You’ve heard the moth-eaten adage before: Actions speak louder than words. So, when thinking about mass incarceration in America, it’s imperative to consider the actions of the offenders. Day after day in court—in my role as a deputy district attorney—what I hear people saying is: “Judge, please send me to prison.” Those may not be the actual words coming out of their mouths but they’re saying it loud and clear.

Past actions are the best predictor of future behavior, right? There’s a saying that the definition of “crazy” is doing the same thing over and over and expecting different results. So, let’s look at mass incarceration from the viewpoint of the judges who sentence people to prison, and the deputy DAs who recommend people be incarcerated.

I spend every working morning in a courtroom handling a criminal adult felony docket. I have been doing this for 14 years. The first two years were spent in a small rural jurisdiction and the last dozen in a large urban area. I heard the same thing in the small town that I hear in the big city: “Judge, please send me to prison.”

Bail Bonds Are Unfair, But Progress in Being Made

Let’s start with pre-conviction and talk about bond or bail. There are many people incarcerated pre-conviction in America. There is change happening across our nation in terms of how we address bond. Bail schedules are being challenged and deemed unconstitutional. It is not fair that a poorer person remains in custody after an accusation and a wealthier person does not, simply because of their ability to pay or post bond. The ability to pay should not be a determinative factor in pre-conviction incarceration. Both are innocent unless and until proven guilty by the government—so why should a poorer person remain in custody whereas a wealthier person does not?

This is an area where we are making progress in the criminal justice system. We are moving away from bail schedules that dictated the amount of bond one must post simply based on the severity of the charge(s). We are moving towards individual risk assessments. Judges are trying to set bonds based on not only the charge but on the offender, too—considering the existence or lack thereof of various factors. Good idea.

Additionally, we are trending towards releasing more accused persons on their own promise to return to court—what we often call personal recognizance bonds. You sign a piece of paper that says you will come to court when required, and you are released from custody without having to post or spend any money on bail or bond. Again, a good idea.

But what do we do about those who sign the personal recognizance bond promising they will abide by the conditions and come to court when required but don’t? When the accused misses a required court date, a warrant issues for his/her arrest due to the failure to appear. Eventually, that person is picked up on that failure to appear warrant and they are back in front of a judge. Maybe the same judge that released them on a promise to appear. What is the judge supposed to do now? Release he/she again on a promise to appear? At bond advisals, which occur every day in basically every courthouse in America, I hear accused persons tell judges that they will appear next time and that it was a mistake the first time they did not. But actions speak louder than words, right?

The Role of the Judge in the Criminal Justice System

Now: incarceration post-conviction. The accused has now been convicted at trial—or much more likely—has accepted a plea bargain and admitted that he/she is guilty of a crime. Now it is up to the judge to impose a sentence. The judge has options (besides in the most serious cases where mandatory prison sentences are legislated). Most felony convictions, and nearly all misdemeanor convictions, are probation eligible. The judge decides if you go to jail or prison, or if you go on probation, or if you just pay a fine and close the case.

Let’s assume someone has pleaded guilty to a first felony. The judge is determining the sentence and decides to give the convicted an opportunity to serve a community-based sentence—such as probation. The convicted will be required to meet with probation and comply with any requirements the probation department puts on them, or whatever requirements the judge specifically imposed—e.g., monitored sobriety and/or domestic violence classes. Some convicted persons do everything required and complete probation. Their cases are closed. This is the result everyone at the courthouse hopes to see. But, oftentimes, probation is not completed successfully.

Look, you can’t be involved in the criminal justice system 14 days, let alone 14 years, without dealing with addiction and addicts. Addiction underlies so much of what goes on in and around the criminal justice system. Hell, I’m an addict myself—lots of prosecutors are— whether it’s alcohol or exercising or something else: Most prosecutors I know, and I know hundreds, are addicts. We are no different or better than the people we are working with in court. But let’s get back to the judge and the convicted person who has chosen to not comply with probation. What is the judge supposed to do?

The convicted asks the judge for another opportunity on probation because the alternative is, ya know, incarceration. If you are convicted of a felony, you are going to be put on probation or sent to prison. So, probation or prison—those are the judge’s options. What the convicted says to the judge does not comport with their actions. They say they want another chance, they say they will attend probation meetings and therapy appointments, they say they are serious about substance abuse treatment and they just need a third second chance. From my prosecution table, I listen to the words coming out of their mouths, but what I hear is: “Judge, please send me to prison.”

Let me give an example. There was a woman in my courtroom recently who was driving drunk one night several years ago. Police attempted to pull her over on the street but she pulled into a fast-food restaurant. The traffic stop occurred in the drive-thru lane in the middle of the night. She was arrested for DUI, a misdemeanor offense. She was uncooperative with police on the scene. I get that: She was drunk and making poor choices, i.e., driving. She chose to call the police horrible names—which is not illegal—and choose to physically assault the police. That is definitely illegal, a felony in most instances. She kicked the police officer in the face as he was driving the police car to the police station. The officer almost lost control of the car while driving at posted speed on a highway.

So, she was additionally charged with felony assault on a police officer. She took a plea bargain. She pleaded guilty to a reduced felony offense and a DUI. She was put on probation. She did not comply. She tested positive for alcohol and marijuana. She submitted diluted urinalysis (UAs). She set up treatment but never followed through with it. She was brought back to court on a probation revocation, was revoked and reinstated to probation. She got a second chance. She did not comply again. She continued to drink and drop hot UAs. She continued to miss required UAs. She was discharged from treatment due to lack of attendance. She was brought back into court for another revocation. The judge gave her a third chance to do probation, to avoid incarceration. The judge told the woman that if she came back again he would impose a prison sentence—that this is the last opportunity to comply. She did not. She chose to keep drinking and therefore failed additional UAs. She chose to not attend probation meetings. She even picked up a new case in a different county for assaulting a police officer. She was before the judge again, asking for another chance on probation.

What is the judge supposed to do? The judge finally incarcerated her. The convicted gave the judge no other choice.

“”
It all comes down to choice.

Mass Incarceration Is a Result of Choices, Not Sentences

Judges do not like sending people to prison. Deputy DAs would much prefer a convicted person take advantage of the opportunity to do probation and use the resources probation provides than suffer the alternative. Judges will suspend prison sentences as an incentivized threat to a convicted person: ”You better comply with probation or I am going to impose the suspended prison sentence.” The convicted does not comply and, in my experience, more often than not, the judge will still give a person a second chance on probation—even though he/she told them otherwise. On drug cases, I have seen probation sentences revoked and reinstated six different times. On the one hand, it’s hard work to wind up in prison on a drug possession case: Judges will give offenders multiple opportunities to comply with probation. On the other hand, it is easy to wind up in prison on a drug possession case when the offender chooses to not comply with probation. It comes back to choice.

I have seen much written about mass incarceration and the broken criminal justice system in America. I have not seen much written about personal responsibility and the consequences for one’s own actions. Lots of felonies are committed. Some of those people get caught and prosecuted. Day after day in court, judges are tasked with making a decision—put someone on probation or put them in prison. After someone is convicted of a felony, he/she has a choice to make. Is he/she going to comply with the sentence imposed or not? Is he/she going to complete probation requirements or not?

Back to addiction: Should we not require people on probation to remain sober because they are addicts? Should we allow people on probation to consume alcohol and drugs? No. Should we connect addicts to treatment options and provide them with the skills and tools to turn their lives around? Yes. But, it all comes down to choice. Offenders choose to comply or not. It is not judges who choose to send people to prison. It is offenders who ask them—oftentimes by their actions and not their words—“Judge, please send me to prison.”