Five Years of Sexual Abuse in the Catholic Church: 50 Years a Victim 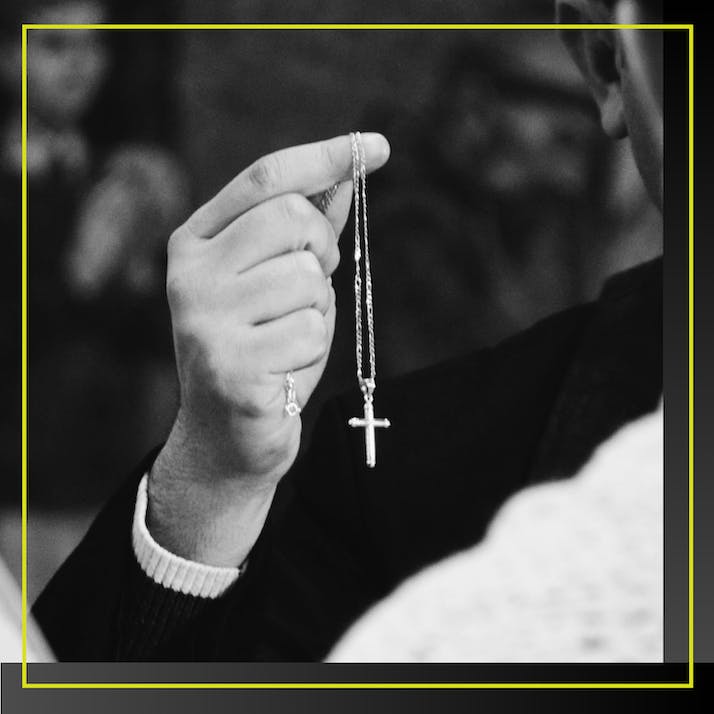 Five Years of Sexual Abuse in the Catholic Church: 50 Years a Victim

A victim of sexual abuse in the Catholic Church reflects on the power of a moniker.

I was 14 years old when the priest put his hands down my swim shorts and diddled my dick.

I was at the shallow end of a very large indoor swimming pool. The water reached slightly above my navel.

The pool was at a seminary, the place where young men go to study to be priests. Mine was a “minor seminary,” a combination high school and junior college, something not much seen these days but popular in the mid-20th century. It was far away from my home in Colorado, yet the place where I had decided to go live and study.

I wanted to be what he was, a priest. Today was my first day.

He waded up to me from the deeper water. When he was a few inches away, he slid both his hands down past my waistband. He placed his palms facing him so that he could pull my suit toward him and get in deep. Then, like someone twanging a tuning fork, the middle three fingers on his right hand did their business.

I remember everything: the water was warm; the air, humid; it was summer; the other boys gamboled all over the rest of the pool and its deck; the wall-high windows to the west had been rolled open; the noise stopped.

I remember that he wore black swim shorts, same color as mine; he was a big man and, I thought at the time, a lot older than I. Right in front of my face was his left nipple and I remember, as if it were a minute ago, staring at the many teeny bumps rounding his crimson aureole.

He chatted me up the whole time, asking me where I was from, how I had traveled there, what the train ride was like. I gabbed back, but I didn’t look up at his face; I just locked on that nipple.

I remember seeing words, but inside the back of my head, as if a news ticker were scrolling around a building: “This is a first. Strange, not sure how."

At that time in my young life, and in the Catholic culture in which I lived, priests had an exalted dignity, enough, it now appears, to have bent my judgment or to have robbed me of my good sense.

How much of either, really, can a 14-year-old boy exercise when in such thrall?

Another time, five years later, summer again, the end of the last day of my seminary time. The priest took me to the train depot from which I was going to depart to return to Denver. It was very early morning, quite dark; the air was sticky.

I sat down on the left end of one of those pew-like wooden benches that train stations have, the kind with tall backs and ends like an armchair’s. The priest sat down next to me and rammed himself up against my right side, pinning me, then turned a bit and stuffed his right hand down into my pants and crotch.

He fondled my two 19-year-old balls, rolling them around in his palm, his fingers a sea anemone.

His breath was dank with alcohol as he leaned into my right ear and he asked me, “Do you want to go to Confession?”

For the first time in five years, I pulled his hand away from my body. I said, “No.”

The train came, just, and it was over.

In between those two days, the bookends of my time there, the priest touched me many times. Tousles of my hair; a palm on my shoulder; fingers on the rear of my neck. I thought that they were gestures of affection.

During those five years, I remember three times, three nights, when he asked me into his small room. He pulled me to him, the two of us falling onto his twin bed. He slobbered me with awkward kisses, his lips whiskeyed wet.

We boys slept in large dormitories, 70 beds in rows, with low nightstands separating each.

One night, when I was 16, I awoke, on my back. My blanket and cover sheet had been pulled down; so, too, had my pajama bottoms.

The priest was standing looming over me. My bed was near the exit lights and he and his black cassock eclipsed them so that the silhouette was starless.

He had jackson pollocked all over me; I was splotched with ejaculate.

Why I Choose Not To Say My Abuser’s Name

The priest died in 2008. He had a name, of course; I simply do not say it. Saying a man’s name gives him presence; it may give him power. In my time, I have had enough of both of the priest’s.

Also, I do not say his name because to do so would identify not only him but also him as a member of a group of priests, what is called, in the Roman church, an “order” or “congregation” of priests. Such, for example, are the Jesuits, or the Franciscans, though neither of these was his.

The great number of the priests with whom I went to school, and of whose congregation I had wished to become a member, were—and are—good men, doing good work. They are not he.

However, whenever I see a Roman collar, my stomach seizes up and my breathing tightens. Likely, the man whom I see wearing the collar thinks me no harm, means me no harm. It is neither fair nor just to partner one priest with all priests. True, many priests have sinned, yet, like all of us in our sinning, each has sinned of his own accord.

Today is close to 50 years to the day when the priest took me to the train depot. For the past half-century, I have heard but one response—only one, or its synonyms—by anyone, anywhere, in any medium, to any story of sexual abuse by a person in power over another person: “That is awful.”

But, in what lies the awfulness? What is so awful about the touching?

Many men and women say that, in their lives, the long-term mental health effects or results of physical abuse are what’s awful. They point out their depression or anxiety, their drug abuse, or how they suffer from PTSD or sexual dysfunction, or, even, how they themselves may have gone on to abuse others.

As for me, during the years since the priest took me to the train depot, I’ve undertaken to kill myself three times (1984, noose; 1996, fire; 2011, car meets wall). I drank gallons of alcohol; blew many an eight-ball of cocaine; been through three rehabs. I’ve been foreclosed on, gone bankrupt, lost work, made many a mistake, fallen many a time.

Yet my life these past 50 years doesn’t collapse into merely these bleaknesses, that pain.

During that same time, I’ve also written—pretty well, I’ve heard—close to 5,000 pieces for magazines and newspapers; taught thousands of people in hundreds of classes and seminars, at schools of my own devising and at prestigious universities; for it all, I’ve received awards, plaques and kudos.

I was 28 years in a marriage with the best person ever to have happened to me; we’ve raised a fine young man. I also became honest with who I am, as a male, opened the closet door, and forged a life of my own.

I’ve done many kindnesses to many people, given, shared, helped, cared; I’ve been a good man.

After thinking a lot about these 50 years, I’ve come to believe that both these sets of a life—the detestable as well as the admirable—have warred with each other to define me. The war was over whether I felt that I was a person or not.

We call our early years “the formative years.” I spent five of those years at the seminary, in the presence of the priest, his power and his touching me.

I do not know how things feel (an odd set of words) but over the years I—this guy—felt, in turns, low, dirty, like a pile of shit, worthless, “just there,” damaged goods, anything but forward-looking, or glad to be around for the next minute, or pleased with accomplishment.

On the other hand, when I knew and know myself, inside myself, in my heart, to be not-a-thing, but in fact a person, I told and tell myself that I can do what I choose to do, what I want to do, what I might consider to be good, what might move me or others forward in life, what might enrich my life or others’ lives, what might help me and other people to feel that they are persons too.

There is no one triumph to my life, not even mere living itself. Two selves cohabit in me: the injured one who doubts, and the sound one who knows its goodness.

I accept both, one that was made for me, one that I make for myself. They make me me.