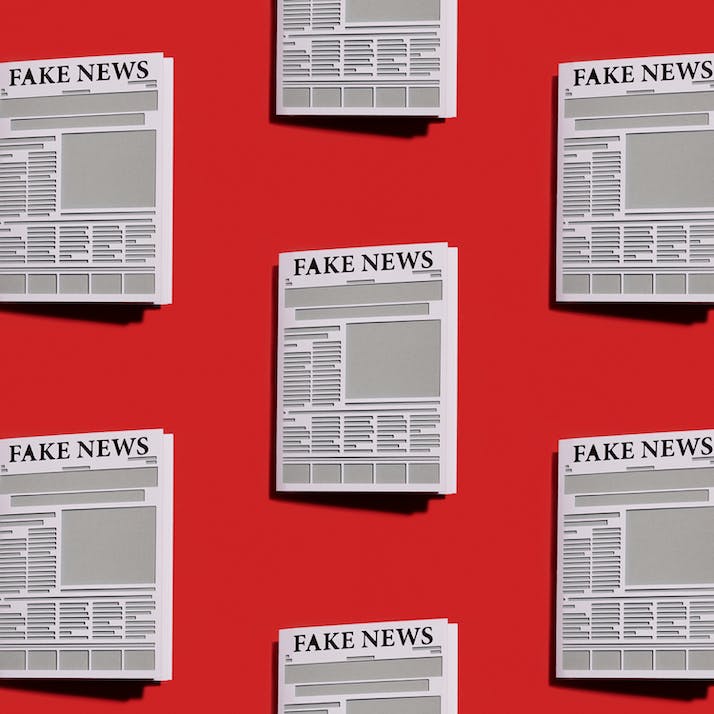 I Ingested Far-Right Propaganda; Here’s How I Learned to Spit It Out

A young man recounts his experience of a deep dive into the alt-right movement before an ultimate reversal.

It started when I was 15. I lived in affluent suburbia, raised by feminist parents. As a young white man from a well-off background living in a first-world country, I am incredibly privileged, but I was far too immersed in teenage solipsism at this point to realize it. My experience was fairly typical—I spent a lot of time angry, anxious or bored. I had friends, but not that many. I was academically gifted, but terrified of being seen as nerdy. I tried to “man myself up” with home workouts and martial arts. My teenage years were passing without the adventures and hijinks I’d seen in teen movies, so I sought escapism in fantasy books and video games. Most of all, I would sprawl on the couch and scroll mindlessly through social media—Instagram, Facebook, YouTube—consuming memes and videos.

My first encounter with the far right was a YouTube compilation of British provocateur Milo Yiannopoulos, sent to me by a friend. In clips taken from TV interviews, panel discussions and Q&As at universities, Yiannopoulos argued with liberals, feminists and “social justice warriors,” each ending with a put-down or retort in his trademark camp, acerbic style. I was glad to find there were more clips like it—thousands, in fact—from different commentators, pundits and provocateurs.

They had punchy clickbait titles, all following a similar formula: “X destroys/eviscerates/humiliates stupid/entitled/angry/uninformed feminist/student/fake-news journalist/protestor with facts/logic.” This was politics as a combat sport, with debates and conversations edited down to a highlight reel of what seemed like intellectual knockout blows. I had been raised on politics of compassion, empathy and respectability. This new approach was combative, unapologetic and politically incorrect; the approach as well as the ideas were excitingly forbidden.

YouTube’s algorithm soon filled my homepage with similar, recommended videos. I told myself I was watching them critically to get outside my own liberal bubble. Watching content at home on my phone and laptop allowed me this experimentation with perfect anonymity—I wouldn’t have gone into a store to ask for one of these pundits’ books, for instance, and certainly wouldn’t have read that book on the bus. Soon, I had moved on from highlight compilations to longer debates and podcasts from now notorious figures: Carl Benjamin, Jordan Peterson, Gavin McInnes, Ben Shapiro, Steven Crowder and Yiannopoulos. These men all had, and continue to have, different political positions—some are unequivocally far-right, others identify as mainstream conservatives and some still attempt, however feebly, to evade the “right-wing” label altogether. Yet they all used similar strategies of persuasion, which I would only recognize later.

Far-Right Pundits Had Begun to Warp My Political Belief System

They all painted a compelling, apocalyptic picture of Western civilization under threat from third-wave feminism, Antifa violence, mass Muslim migration, affirmative action and Marxist infiltration of academia. They all regularly made appeals to traditional, heroic masculinity, which was purportedly under threat. They all identified with rationality, logic and common sense, with some, such as Benjamin and Peterson, claiming to have originally been liberal, but were pushed right by the left’s extremism.

This was often helped by appearances on mainstream television and podcasts. (All of the commentators named earlier have appeared at least once on The Joe Rogan Experience.) Their videos would often focus on one particularly emotive case of false rape allegation or Islamic extremism and claim it reflected the norm. Anti-feminist and anti-social justice memes did this even more reductively, with reactions to screenshots of misguided, provocative or oversensitive tweets and op-eds out of context. These meme accounts would also post warped, misleading, similarly out-of-context headlines from far-right news sites like Breitbart. Finally, they claimed that the mainstream media and political correctness kept these “inconvenient truths” hidden, and prevented them being discussed, which helped explain the lack of evidence for them around me.

By the time I recognized these patterns, my political views had been warped.

I was lying to myself—I hadn’t been watching, viewing and reading this content critically. Instead, I was binging through it as easy entertainment and I had begun to absorb these far-right arguments. A sort of doublethink had started, where I was outwardly, performatively liberal, yet inwardly more and more suspicious of Islam, feminism and the trans lobby.

Publicly, I explored these positions tentatively, asking my teachers loaded questions and experimenting with devil’s advocate perspectives when debating friends. I often argued in terms of “saving” or “reforming” the left from its problems.

In private, I was bolder. My family had always enjoyed political discussions, and I remember frustrating them in an hours-long argument one evening, trying to convince them that Islam was an intolerant religion. I knew they were worried for me, but I felt a need to argue what seemed like an urgent, important truth. In some areas, far-right narratives were supported by my lived experience—a false rumor of assault convinced me that false rape allegations could happen to anyone at any time—but mostly they fed on my ignorance and entitlement. I was a sheltered, middle-class schoolboy, with most of my peers similarly well-off, white and male.

“”
By the time I recognized these patterns, my political views had been warped.

Several things helped me unlearn far-right propaganda. Firstly, I was growing up. After I hit 16, I was meeting more people and seeing new things—I was less self-righteous and contrarian. I could understand concepts like unconscious bias without defensively rejecting them. I was also happier, less anxious and more sociable. I read more widely on sexism, racism and the (impressively tolerant) history of Islam. I listened to more perspectives outside of my own. Natalie Wynn, a transwoman who offers counterarguments to right-wing talking points, became a favorite YouTuber of mine.

Secondly, I was never a full convert. Far-right propaganda had warped some of my views, but never fully poisoned them. I had always found the genuine alt-right repulsive, and never felt drawn to the political communities on sites like Reddit and 4chan.

As I have said earlier, I recognized the tactics being used by far-right YouTubers to convert young white men. But more importantly, I realized the real ugliness and hatred under their facade of rationality and moderation. Carl Benjamin (aka Sargon of Akkad) gained infamy on national news for tweeting about raping British MP Jess Phillips, using the hashtag #FeminismIsCancer.

This ugliness was just as present in the more mainstream conservative members of the internet right. Steven Crowder’s 2016 Christmas special saw him waterboarded by men in “socialism is for f*gs” t-shirts until he “confessed” to voting Democrat. Ben Shapiro, who turned into a benign internet meme for his catchphrase, “Facts don’t care about your feelings,” gave insight into his terrifying worldview with his 2016 thriller, True Allegiance. In it, his literary heroes include a domestic terrorist who bombs the Environmental Protection Agency and a cop who kills a Black eight-year-old, brainwashed and armed by antiracists. The book finishes with America being invaded by Canada, Communist China and the European Union.

As well as promoting chauvinism and paranoid hate, these men seem to share a sense of inadequacy and insecurity. Defending Western history and traditional masculinity lets them align themselves with pilgrim fathers, frontiersmen and the war heroes of D-Day, all while sitting in an air-conditioned studio. It was the same insecurity that I felt about my comfy, privileged life.

I am now an undergrad at a good university, happy and politically progressive. But I worry that the forces of far-right propaganda are even stronger now, emboldened by four years of Donald Trump. Their views are more normalized, and many will insist they aren’t far right at all. I am scared for all our futures, but I hope my story helps someone find a happier one.

State of the UnionInsidersNew Beginnings