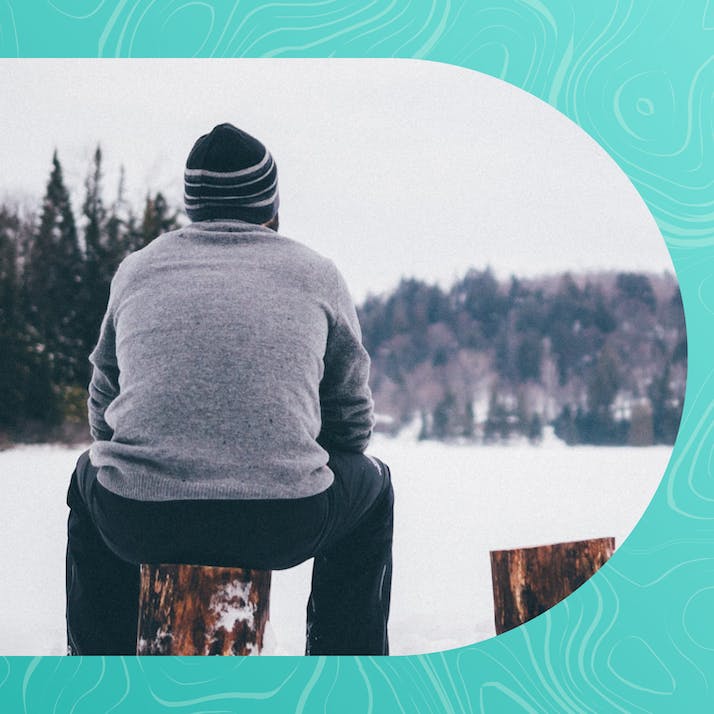 I’ve Failed to Live Sustainably, but I’m Not Giving Up

After seven years in a tiny cabin forest village in Northern California, I’ve learned it’s nearly impossible for most people to live a truly green life within the current global economy.

“Make a pair of shoes entirely out of paper that you can walk in.”

This was the prompt for an “Intro to Industrial Design” course that caught my attention as a freshman in art school. Until that moment, I had little idea of what industrial design was, but it sounded like the perfect cross between art and problem-solving. Which, ultimately, is what hooked me. I’m 35 now, 13 years out of college, and I’m not an industrial designer, but I would be completely ignorant if I didn’t recognize how that program has dramatically shaped my life.

To tell you why, I need to first tell you what my BFA in industrial design was, and, more importantly, what it wasn’t. In its simplest form, being an industrial designer goes something like this: Take a product or service and look for problems that arise when it’s used by humans. Research why this is happening and then design something that beautifully resolves it. The goal is to make life better, right? Unfortunately, the reality of being an industrial designer was predominantly rooted in our global consumer culture. So, instead of solving problems, the profession has turned its eye towards more consumption. Ergonomically improved utensils, quieter vacuum cleaners, badass-looking lawnmowers—the list is endless. Change the form slightly here, add new colors there, and voila: a whole new gadget to improve your life.

My Job Required Me to Look for Problems and Fix Them

It turns out that when you start training someone to look for problems, you’ll find them everywhere, including within the field itself. After a couple of years of exploring new ideas for seemingly first-world problems, I started to ask myself, “What are some problems truly worth solving?” And into the rabbit hole I went—economic inequality, homelessness, child starvation; unnecessary deaths due to preventable disease, increasing global pollution and, finally, climate chaos. And this is the moment that can’t be undone, when you feel that you’ve found the problem that overshadows all the others. In the most pragmatic sense: If climate change has the potential to end civilization as we know it, then everything else is secondary. How could I be OK with designing new kitchen appliances or better-looking power tools, knowing that they would probably end up in a landfill within a year or two? I started seeing the whole profession of “industrial designer” as synonymous with “landfill creator,” or even more to the point, “apocalypse designer.”

And so, when I was set to graduate in 2008, amidst the deepest economic recession since the Great Depression, the only job offer was to work for a lawn equipment company to “fancify” some leaf blowers. It was one of the most ironic careers I could think of, and I knew that I couldn’t do it. In essence, the thought of that leaf blower saved my life, and it permanently lodged itself deep into my psyche. It sharpened within me the questions that would guide my life to one that’s more connected and considerate of the world around me.

This is the part in the story where it would behoove me to tell you that I dropped everything and went into the woods to live in a stump and forage for food.

Just not in the way you might fantasize about.

“”
This is the part in the story where it would behoove me to tell you that I dropped everything and went into the woods to live in a stump and forage for food. And I did.

I Began Living in the Wilderness Without Electricity

It was by no means an immediate shift to a sustainable life. It took me six years to find my stump. Six years of moving from one place to another, still so much of my life in contradiction with living “sustainably.” And I put that in quotes to acknowledge the wide array of interpretations of this word and that it’s often used in association with very hypocritical situations or ideas. So what does that word mean? For me, it’s very simple. It’s a little story that goes like this:

We live within a finite system. It’s called Earth. The average American life uses resources from this finite system at a rate so great, that if the entire world mimicked it, we would need four planets. So, to live sustainably means that we would only use resources at a rate that one planet can provide without causing the collapse of vital biosystems that support all life on Earth.

In 2013, after years of searching, I got invited to visit some colleagues at their home in Northern California, which, to my surprise, was an experimental tiny cabin-forest village. It was completely off-grid, so much that you had to hike 15 minutes just to get there. Everything was built almost entirely with waste or reclaimed materials and whatever else the forest had to offer. There was no fridge, no kitchen appliances, only a very small amount of solar power, and the living room was the forest. The shared kitchen was woven with bay and willow and then slathered with earth, a vibrant passion fruit vine growing along the interior ceiling rafters. And there it was, a round structure, nine feet in diameter, that looked like a giant redwood stump, vacant and ready to accommodate the dreams I held to start a sustainable life.

To my delight, I would discover that the most exciting aspect of this place wasn’t that it was so intertwined with the landscape in which it existed, it was that there was a culture of creative problem-solving for some of the fundamental issues I had with modern consumer living. For the next seven years, in collaboration with other creative minds, I would experiment with a whole array of “nature-tech” ideas, from passive, solar water-heating to underground chambers for keeping food cold; from solar-powered ice machines to slow-sand biological water filtration; from hand-augering a well to making my own clothes; from building my own tiny home to starting my own mushroom farm. I could go on. Some of the projects were successes while others were failures, occasionally taking years of iterations to arrive at that conclusion.

As much as I want to tell you that I’ve found a world where we all live sustainably together, I can’t. I’m not saying that it isn’t possible, I’m just saying that we are at immense disadvantages.

Our Sustainable Village Crept Back Into Modern Convenience

Some failures are immediate, while others are slow and hard to notice. It’s the slow failures that really have me at odds, the feeling that I haven’t truly found a sustainable lifestyle. Over time, the question of “Why is this failing?” becomes increasingly clear. One could argue that it's mostly due to our human desire for comfort. But I’ve come to believe that it’s almost entirely about the current constructs of global capitalism.

To our credit, we have indeed found a way of living that is more sustainable than your average boomer living in suburbia. But over time, we’ve crept further and further back to the land of modern convenience. After years of exploring alternative refrigeration, for example, we ultimately arrived at bringing in grid power to run a deep freezer and an efficient fridge, intending for it to only power those basics. About a year later, every single structure had tapped into it. This is the kind of slow failure I’m talking about. It’s not very noticeable until you get there and, out of nowhere, you realize convenience won.

Part of what’s happening is that we want to live in two different worlds simultaneously. We want to live in a sustainable relationship with our planet while also still existing within society, and this creates all sorts of ethical duplicities. Beyond all other efforts we’ve made to be independent, we’ve always been entirely dependent on the global food industry, which means we are still deeply a part of its waste streams. To live truly sustainably would require a fuller commitment to leave society on a deeper level—to live without healthcare, a global food system, virtual connection with others around the world, air travel, a Spotify account, packaged goods delivered to your doorstep. And it requires the commitment of others to create a devoted hyper-local economy.

“”
I still strive to find a truly sustainable lifestyle.

Attempting to Live Sustainably Has Guided My Life

But it doesn’t have to be this way. In my mind, it’s a design problem, first highlighted to me many years ago by William McDonough’s book Cradle to Cradle. It looks at the concept of including “end-life-cycle” into the design process of any service, product or structure. If the costs associated with the end-life-cycle are the responsibility of the producer, then the need to consider this in the design process becomes one of financial necessity. All of that cost currently is incurred either by the lowest classes of society or by the planet itself.

Let’s take the automotive industry, for example, one of the largest greenhouse gas contributors. If it costs more to deal with the bioremediation and global carbon recapture of petroleum-based fuels than it does to extract and sell them, then the design process would necessitate finding and prioritizing alternative fuel or energy sources. All of a sudden, biofuels and solar power become the cheap and obvious options. This story can be applied to all products and services, most importantly, buildings and transportation.

This kind of change to the bottom line makes it very easy for anyone to live much more sustainable lives. Instead of requiring a monumental feat from each individual to circumnavigate the entire design of our current society, one can very easily exist within it and not be forced to make the compromises I’ve found myself making. As much as each of us attempts to live sustainably, I believe we will ultimately fail, unless we begin to embrace “cradle to cradle” within our global economy.

Don’t get me wrong, I’m not advocating for giving up. As much as this somber perspective is a part of my reality, I still feel called to strive for a truly sustainable lifestyle. The process itself has brought all sorts of beauty and meaning into my life. Contradictions aside, it has, without a doubt, palpably guided my life with a sense of perennial purpose. And I believe it can for you, too.