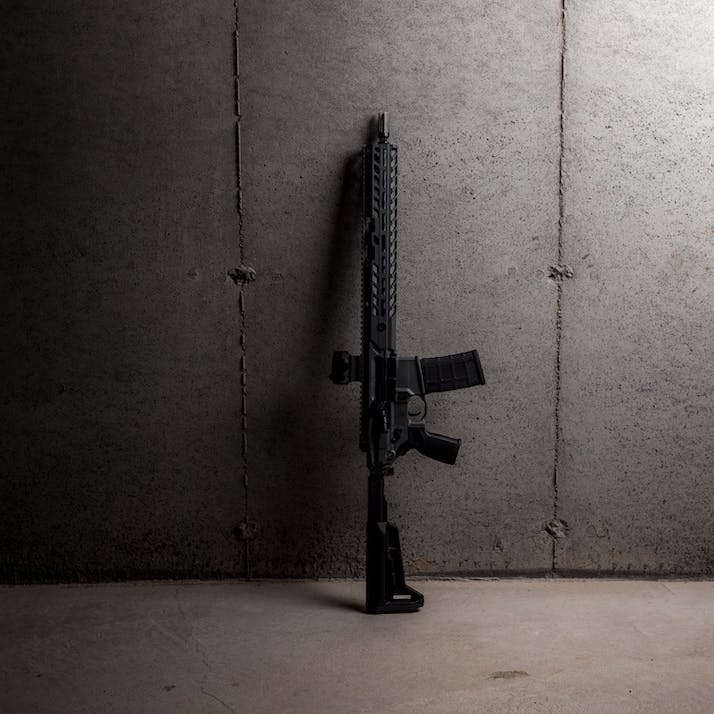 After learning to dislike firearms, a former  resident of a military town explains why he wants a gun in Trump's 2020.

Having A Coke With You / Millennial / Socialist / Artist

It was 12 a.m. and we could hear the clear sounds of guns firing on the Strand. “Pah pah pah pah pah.” A brief pause, then, “pah pah pah pah pah,” again. When I described it to my ex-Marine cousin he told me they were training, doing an exercise called ”talking guns.” I didn’t need any more context. I understood.

The Silver Strand is a suburb of a suburb, the Coronado Cays, California. It’s the island home of the Navy SEALs. It’s also where I grew up, from age seven to 18, between 1997 and 2008.

I’m Iranian and Indonesian. I played Pop Warner football, and for a few years, practice was held on Turner Field at Naval Amphibious Base Coronado. We would sometimes need to clear the field so a helicopter could drop off men carrying guns and large backpacks. The military-industrial complex wasn’t a "complex" to me—it was my reality.

Nearby is where applicants for the Navy SEALs were weeded out over the course of a highly competitive selection process that lasted through multiple months of training, eventually culminating in Hell Week. Hell Week was romanticized by many of our coaches and my teammates’ fathers—many had served as SEALs or SEAL instructors—as a time of reckoning. It’s when men became much more than just simply men—they became SEALs.

Being on base felt special. Even going to the Subway sandwich shop there after practice felt weird and strange. Then, after 9/11 happened, all practices were moved off-base. It was a security issue. My family was civilian, and maybe a couple of the other kids were as well, but I always felt like it was my fault for being Middle Eastern that we had to practice on civilian land.

I grew up playing with WWII soldier dolls that came with a wide variety of guns. I had a toy Jeep that my guys fit into just right, with a machine gun mounted on the back. At the time I could have told you the make and model of the gun in each doll’s holster, on the strap over his shoulder and behind him in the rear of the open Jeep. I loved guns. I thought they were a powerful tool of change. I thought they were cool.

My Journey to the Other Side of the Gun Control Debate

As I grew older and started listening to punk music, I began associating guns and gun ownership with a certain type of person, one who wasn’t very much like me. My attitude toward firearms and the culture surrounding them went from obsessive to critical to disdainful almost overnight. I came to believe the NRA was evil, that gun owners were behind the times and that no reasonable person ever needed to own a gun.

That’s the way I felt when I voted for Obama in ’08 and ’12, and all the way through his presidency, up until Trump was elected. My political leanings had been almost universally liberal, but I felt a shift when Trump took office. I noticed the creeping fascism, racism and general intolerance that came with him. I saw how centrists and center-left liberals disdained the right, but I also saw their general impotence in actually instituting change. The machinations of the Democratic National Committee—its contempt for its base and servitude to the establishment elite and interests they cater to—became intolerable. And so I shifted even further left.

“”
I came to believe the NRA was evil, that gun owners were behind the times and that no reasonable person needed to own a gun.

Seeing federal agents sent to Portland made me realize that our government had become the tyrannical power that conspiracy theorists and card-carrying NRA members had been proselytizing about for decades. These same in-groups of the conservative right are quick to defend the actions of the administration as an attempt to maintain law and order. Nevertheless, the taste of fascism deepened.

My attitude towards guns followed a path that any kid who’s taken political science 101 would quickly identify as a horseshoe. That is to say, the further left one slides on certain issues, the more similar they appear to views on the right. In the past six months, I’ve started to really consider gun ownership. When quarantine began, I purchased a machete, a baseball bat and a tactical pen. I asked my ex-Marine cousin what he thought about me owning a gun. He said it would be inadvisable as a means of defense without the proper safety classes, which are currently unavailable due to the pandemic. So now I’m patiently waiting to purchase something that a year ago I couldn’t even imagine wanting: a firearm.