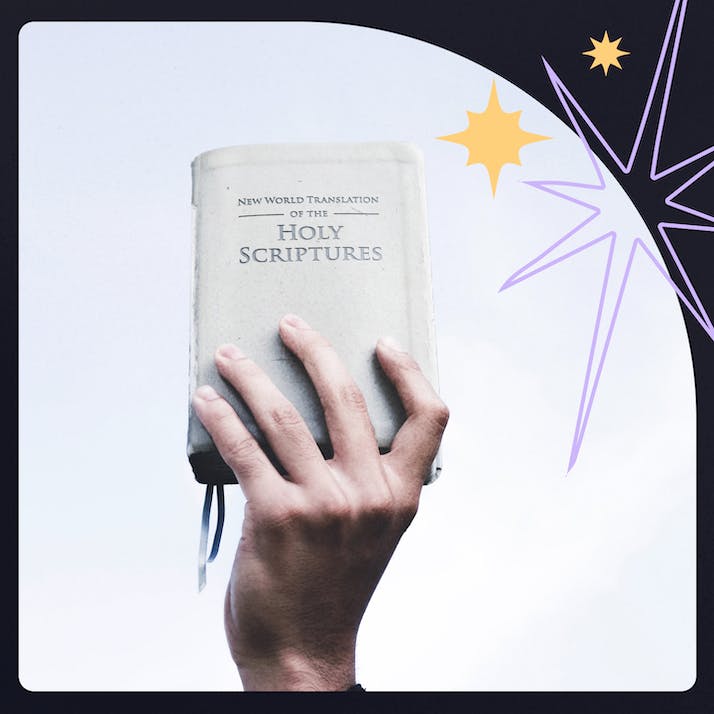 A Catholic explains why his faith won't allow him to vote for Trump in November.

God could really use a little help with His PR.

I get it. Thousands of wars fought in the name of religion, oppression of women in most faith practices, justification of slavery and intolerance of gays. And then there’s the [lowers voice to a whisper] sexual abuse that was covered up by the Catholic Church for decades.

While the aforementioned issues deserve to be called out and condemned, they do detract from all the good that religion brings to people. For me, faith brings some semblance of solace to my life and guides my moral compass in this cold, cold—and recently dark and uncertain—world.

I grew up in a strict, religious household. Church was mandatory and there were no “sick days.” Even to this day, about ninety-percent of the conversations I have with my parents, over the phone, concern my faith and whether or not my soul is destined for internal damnation. When it’s not an apocalypse—and sometimes begrudgingly—I try to go to mass for all holy days of obligation.

I wasn’t always a proud Catholic. There was a time—don’t tell my parents—I abandoned the Church. That was college. Because come on: hungover Sundays are very real. I’m sure God understood. Eventually, I made peace with my faith and now I lean more into spirituality, especially living in New York City.

Still, it should come as no surprise Christianity continues to decline at a rapid pace in the United States. Along with a better publicist, God could really use better allies.

“”
Christians are not a monolith.

Trump’s “Christian” Faith Is a Con

It was only a few months ago that President Donald Trump instructed federal officers to use tear gas and rubber bullets to clear a crowd of peaceful protestors just so he could awkwardly hold up a Bible outside of St. John’s Church, which sits across from the White House. But what was even more bizarre than the actual photo op—and obviously a desperate ploy to win over evangelical support for reelection—was the exchange the commander-in-chief had with a reporter.

“Is that your Bible?” a reporter asked.

“It’s a Bible,” the president replied.

Well, Captain Obvious, we could all see that it was, indeed, a Bible. We could also see right through this stunt. Well, except for the many evangelicals who couldn’t—or wouldn’t.

Galatians 6:7 says, “Be not deceived; God is not mocked: for whatsoever a man soweth, that shall he also reap,” and yet the president—who in 2016 miscited Second Corinthians by calling it “Two Corinthians,” seems to be reaping the benefits of riling up his religious base each time he expresses his unwavering love for the Good Book.

Trump toted his childhood Bible throughout his 2016 campaign like an elementary school child doing show-and-tell across the South, Midwest and cities with large pockets of evangelicals. Each time he proclaimed, “I brought my Bible,” the crowd erupted in cheers.

He’s also repeated the line about the Bible being his favorite book. (His second favorite is his very own, Trump: The Art of the Deal.) He’s occasionally played God as well. In 2018, he signed the Bible of a 10-year-old girl in Alabama while he was visiting the state after it was hit by a tornado.

“”
Trump toted his childhood Bible throughout his 2016 campaign like an elementary school child doing show-and-tell.

Trump’s Been Playing Christians as Fools

But since the COVID-19 pandemic put a halt to most campaign events, Trump is finding new ways to attract those eight out of ten white Christians who say they’ll still vote for him. Recently, he frantically ranted in Ohio that if elected, Joe Biden would “hurt the Bible” and “hurt God”—if that such thing was even possible—and this should be a clear sign to any real believer that Trump's faith is fraudulent. But it shouldn’t have taken this long to come to grips with how he manipulates faith for political gain.

Christians are not a monolith. We practice differently across different denominations, but I would expect that a man who loves pretending to wear his faith on his sleeve, who claims he has an unwavering love for the word of God, to at least be able to articulate his favorite verse.

When asked if he’s a bigger fan of the Old Testament or the New Testament, Trump responded, “Probably equal. I think it’s just incredible, the whole Bible is incredible.”

“Is there a favorite Bible verse or Bible story that has informed your thinking or your character through life?” Lonsberry asked.

“Well, I think many,” said the president. “I mean, when we get into the Bible, I think many, so many. And some people, look, an eye for an eye, you can almost say that. That’s not a particularly nice thing. But you know, if you look at what’s happening to our country, I mean, when you see what’s going on with our country, how people are taking advantage of us, and how they scoff at us and laugh at us. And they laugh at our face, and they’re taking our jobs, they’re taking our money, they’re taking the health of our country. And we have to be firm and have to be very strong. And we can learn a lot from the Bible, that I can tell you.”

That scripture comes from Exodus 21:23-25 but if the president had a real understanding of the Bible, as he claims, he’d know that in Matthew 5:38-42, Jesus, the Big Man himself, condemns the practice of personal retaliation:

You have heard that it was said, "Eye for eye, and tooth for tooth." But I tell you do not resist an evil person. If anyone slaps you on the right cheek, turn to them the other cheek also. And if anyone wants to sue you and take your shirt, hand over your coat as well. If anyone forces you to go one mile, go with them two miles. Give to the one who asks you, and do not turn away from the one who wants to borrow from you.

American Christians Need to Wake Up and Vote Trump Out

For a man wielding attacks like “sleepy Joe,” “nasty woman” and “phony Kamala,” one might question if his love for the Bible taught him that it was appropriate to disparage even his enemies. It’s the same Bible he carries while cameras are rolling that tells us, “those who consider themselves religious and yet do not keep a tight rein on their tongues deceive themselves, and their religion is worthless.” (James 1:26).

Joe Biden often speaks about restoring the “soul of America.” I’d be more content with finding a soul for Donald Trump.

Trump’s racism, sexism, misogyny, xenophobia, ableism, homophobia and transphobia—just to name a few of his prejudices—have been well-publicized, and while some Christians may struggle with accepting a few marginalized (say, LGBTQ+) groups because of a few loosely interpreted Bible verses, I think it’s clear that Trump’s message, unlike Christ’s, is not one of love.

The Bible itself warns against false prophets. Romans 16:18 reads, “For such persons do not serve our Lord Christ, but their own appetites, and by smooth talk and flattery they deceive the hearts of the naive.” It’s my sincere hope the evangelicals aren’t naive this election cycle, and won’t be used as pawns again.

State of the UnionHigher Power