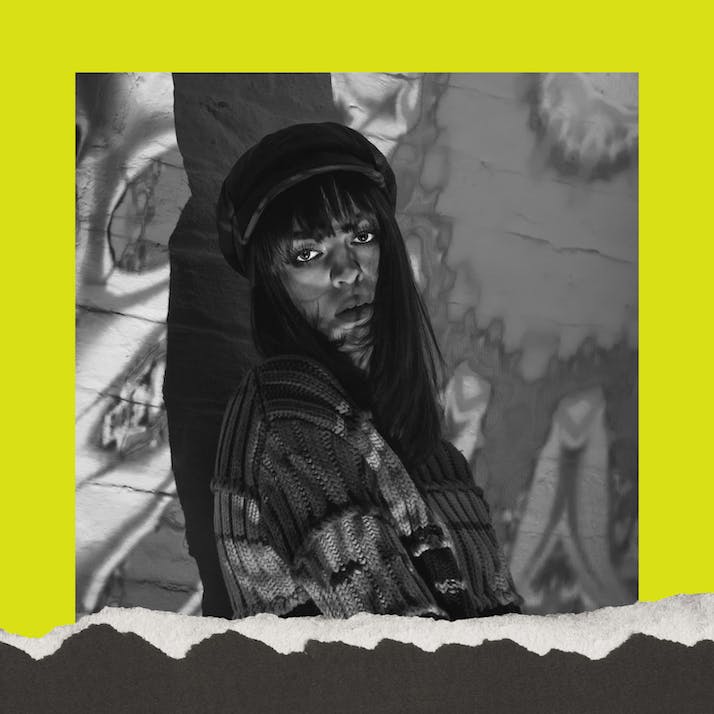 How Tripping on Acid Helped Me Embrace My Femininity

On drugs, I found a deep appreciation for the natural world, and conversations about female empowerment suddenly made sense to me.

By no means am I an avid drug user. For most of my time as a student, my relationship with drugs has been like one with good friends—the occasional hook-up is OK, but never commit to a long-term relationship. Other than the occasional joint here and there, my drug life was quite honestly more than a little dull. I had a muted interest in cocaine, MDMA and ketamine. That was until my curiosity surrounding psychedelics grew, and my partner (having had a rather life-changing LSD experience of his own) encouraged me to try LSD. Little did I know that this experience would help me to come to terms with my own womanhood and set me on my path to understanding female empowerment.

The whole “female empowerment” trope had never resonated particularly strongly with me before. I would call myself a feminist by definition, but my emotional investment in the subject was limited, to say the least. While I could see the issues of gender and misogyny in societal life, my own relationship with femininity and womanhood was not something I’d spent much mental energy on. I’d never felt particularly feminine, nor had I felt like I could celebrate my “woman-ness.” In the past, I’d even had experiences questioning how much I felt like “a woman,” unable to really connect with that part of me. I had in no way intended for this to be the purpose of my trip, and it hadn’t really been something to dwell much on. Rather, I’d set out on this trip with an open mind and relatively low expectations for any last impact on my life. But how wrong I was.

“”
To this day I can recall just how damn powerful I felt.

As many other users of psychedelics will tell you, LSD has the capacity to completely alter your self-perception. Many report it giving them a “bird’s eye view” of themselves and their lives, and for many, it can be very helpful in overcoming issues of self-confidence and self-esteem. Although not the case for everybody, one thing people suggest is to not look in the mirror. The visual distortions that occur during a trip can be hugely unsettling when seen on yourself. Some people have even said they’ve seen themselves as older or visually repulsive.

My experience, however, was quite the opposite. A quick trip to the bathroom rapidly became a drastic perception-changing experience—I looked into the bathroom mirror and I suddenly saw myself as this glowing ethereal being. My hair was flowing; my skin was positively radiant; and my breasts, quite frankly, looked fucking fantastic. More than that, I was somehow able to see an inner feminine strength, something that I hadn’t even come close to feeling when sober. But the most interesting part was the sudden connection that I felt to Mother Gaia, a figure that I had never had any affiliation with before, but now sat in my partner’s bedroom. It felt as though I was embodying her very spirit.

As anyone who’s ever taken psychedelics will tell you, there are certain thoughts and feelings you have during a trip that simply cannot be communicated to anyone else, and unfortunately, this was one of those times. I felt like I was a divine being, not only in spirit but also as though my physical form was as omnipresent and far-reaching as a God’s. As absurd as it sounds, it was the single most uplifting and empowering experience of my life, and to this day I can recall just how damn powerful I felt.

I could now understand the interplay between Earth, nature and femininity, and, alongside feeling irrationally unsettled by the TV in the corner of the room, I held a deep appreciation for the natural environment. Don’t get me wrong: I’ve always thought that recycling was important and climate change is sad, but for these concepts to suddenly resonate on such a deep, personal level, as though it was a direct consequence of my femininity. It was enough to dramatically change my perspective of not only the world around me but the world within me.

Suddenly, all those articles, podcasts and conversations about female empowerment made sense, as if the social coding of feminine weaknesses had been removed from my life and all that remained was the beauty of womanhood. It was like the curtain had been pulled back and I was able to see and appreciate the full majesty of femininity and everything it stands for.

I realize that this article is at risk of falling into a narrative that seeks to define “women” in a certain way, or that I was only able to experience this because I am cisgender. In actuality, what I suddenly felt “enlightened” by was an understanding of what it means to be feminine, not female. There is a beauty in womanhood and a beauty in femininity, and although the two may cross over, they are not mutually exclusive. What my trip enabled me to see that day was my own, personal femininity, and to feel an acute appreciation for my being as a woman. As someone who is fighting an ongoing battle with anxiety and depression, it was a breath of fresh air to finally know what it felt like to have that self-love that millennials keep raving about.

“”
Only time will tell what life revelations psychedelics might bring me in the future.

Perhaps it was because I began my trip by watching Our Planet on Netflix, and David Attenborough’s soothing tones guided me along on my journey of self-empowerment, or maybe it was just that months of therapy had finally clicked within me that made this happen. Either way, the thoughts and feelings I experienced during this trip have left me in a much better place than I was before.

Although the God-like feelings have sadly worn off, my new perception of my femininity remains strong, and the connection I felt with my inner feminine strength is present with me every day. As much as I would love to recreate this experience again, acid trips, unfortunately, don’t work like that. Still, I remain grateful that this was an experience I had in the first place. I doubt this will be my last time tripping, but only time will tell what life revelations psychedelics might bring me in the future.