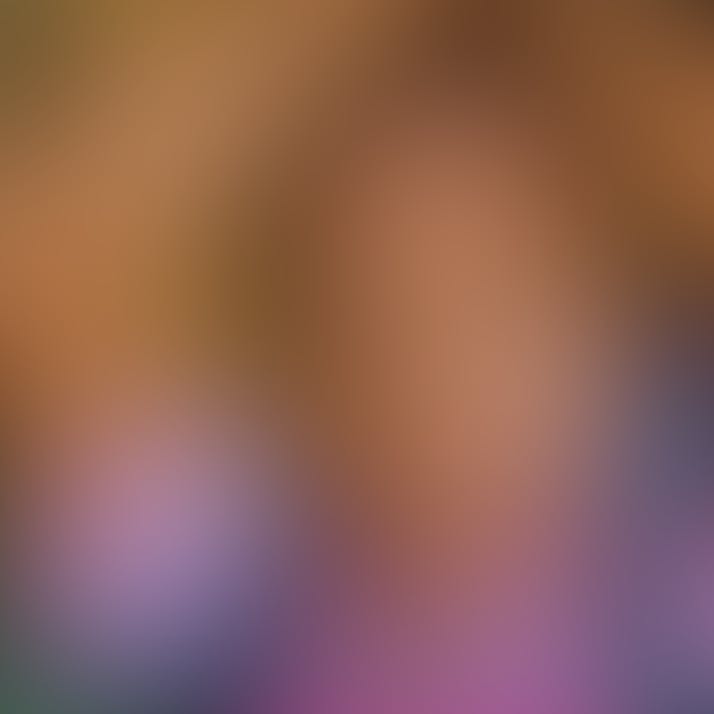 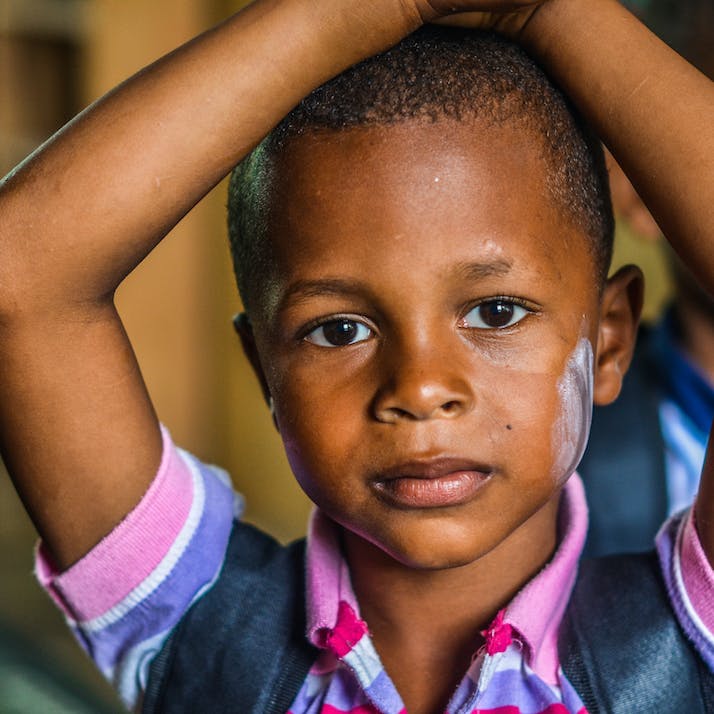 The Traumatic Impact of the Foster Care System: A New American Slavery

Two people explain how their experiences with the foster care system caused their families to collapse.

As our country continues to atone for its history of racism and misogyny, there’s one part of the narrative that continues to be left out of the conversation: foster care. As a man, I understand that there are many privileges afforded me because of my gender. And as a Black man, I’ve been given a playbook to navigate the many obstacles that have been, and will continue to be, laid before me.

But there is one part of my identity that there has never had a playbook.

My mother had a foster care experience as a child, so I was raised differently than my peers. Her family represented the deeply entrenched pain of generational trauma that stretches back to slavery. My mom is Creole, which means that her skin bears the physical stain of colonization’s most oppressive tool: rape.

It’s no secret that in addition to whipping and hangings, slave masters used rape as a tool for control. In addition to being forced to bear their enslavers’ children, Black women were also made to breed with desirable enslaved men to create offspring that would fetch a higher price on the open market. A recent report from 23andMe highlights the brutality of this practice and its continued impact on our gene pool in the Americas.

This trauma did not end with slavery. During Reconstruction, the South enacted Black codes that made it easy for former slave owners to take the children of freed men and women to work the plantations if their parents couldn’t prove they were “rightfully” employed. These are the first examples of racially motivated policies that continued to dismantle Black families and impact the Black community after slavery was abolished.

Over the years, many Black families adopted the brutal practices of slave owners and beat their kids to keep them in line, as well as to prepare them for the hostile world around them. “This hurts me more than it hurts you,” and, “I’m doing this to protect you,” are narratives that have been sold to black children to justify the “whoopins” their parents give them.

To be clear, this is solely a byproduct of assimilation into Eurocentric culture in America. African people who weren’t colonized don’t beat their children. In fact, many indigenous African cultures believed that children were ancestors reincarnated from the spirit world, and were born with great knowledge and purpose.

Surprisingly, research has shown that children of all races are equally likely to be abused or neglected. However, Black children are significantly more likely to be overrepresented in foster care. In Los Angeles, where I live, Black children represent about eight percent of the youth population, but Black children make up 30 percent of the foster care population. Sixty percent of the cases in which children are removed from their homes come from neglect, not physical or sexual abuse. The U.S. government defines neglect as “the failure of a parent or other person with responsibility for the child to provide needed food, clothing, shelter, medical care, or supervision to the degree that the child’s health, safety, and well-being are threatened with harm.” These are clearly conditions related to poverty.

At the same time, Black families are twice as likely to spank their kids as white and Latinx parents. The spanking of Black children, which, again, comes directly from our enslavement, is the path by which many families are introduced to child welfare services. The type of discipline Black families believe helps save their children from an unjust fate can end up perpetuating the dismantling of Black families through foster care. Like the Black codes of the South, children are removed from their homes and handed over to new caregivers who are paid to care for them, instead of birth families that could use those resources instead.

This is the world that my mom grew up in. She was physically and sexually abused, but she kept this truth from me because she didn’t want to burden me with this pain or keep me from feeling free to discover the world without fear. She never put a hand on me, and anchored our family on the truth that the cycle of abuse would end with her. This commitment to our collective healing was heroic and profound.

By swallowing her suffering and denying its influence on her parenting, she reclaimed our African ancestors’ beliefs about children. She would tell my sister and me that we came through her, but were not of her. We had an infinite design that was far grander than she or we could imagine. She said as our mom she was simply responsible for keeping us safe until we could fulfill our inherent potential.

A clean slate was the greatest gift that my mom could give us. Perhaps this sacrifice would change the epigenetics of my children and their grandchildren. Perhaps the scourge of slavery would be eradicated from my family’s biology, and justice would finally be ours.

While driving my close friend, Ernestina, home and listening to her story, I was painfully struck by the residual effects of trauma. It’s telling because, as our country continues to atone for its history of racism and misogyny, one part of that narrative continues to be left out of the conversation: foster care.

I’m snapped back into the reality of the moment by Ernestina’s story of abuse. Her pain echoes the trauma of her ancestors and pushes back against my hope that this suffering can be contained. Though she is not Black, many of her struggles for healing and justice are eerily similar.

“”
Generations of colonial displacement and violence had hammered into my head the idea that caregivers must harm their children for fear of losing their identity or family.

Ernestina's Story: The Cultural Fabric of Our Immigrant Family Caused Its Unraveling

As a child, my parents taught me how to perform a perfect façade. I was an excellent student—creative, charismatic, happy. I was the daughter of undocumented immigrants who made the treacherous journey across borders to give their children a better life. It was a stereotypical example of good parenting and the immigrant American Dream. This pristine illusion came to an end the day four police officers showed up to our house and placed my siblings and me in foster care.

I didn’t know how common my experience was until I began having conversations with other people who had been affected by the foster care system. Understanding the traumatic parallels that existed in these narratives made me question why I was displaced from my family as a child. According to the police reports, the reason for separation was excessive physical and emotional abuse, but my case felt bigger than my parents. I knew my mother loved me. She often justified the abuse as a form of protection—the only way she could ensure I was a disciplined, educated and unassuming child.

I grew up believing that suffering and traumatic abuse were inherent in communities of color. Generations of colonial displacement and violence had hammered into my head the idea that caregivers must harm their children for fear of losing their identity or family. As an impoverished woman in El Salvador, my grandmother believed she needed to prepare my mother for the harsh reality of life. This lesson was taught in the form of harsh beatings, and one I had to learn for being born to poor, undocumented immigrants.

While unpacking my mother’s ancestry, I began to understand how historical events directly affected us. In the 1930s, a great massacre took place in El Salvador. In a single week, the country’s military murdered over 30 thousand mostly indigenous people for protesting against oppressive regimes. Indigenous culture, including dress and language, became criminalized. During this time, my great-great-grandmothers gave their daughters away to landowners, which at the time was their only chance of survival. These families raised my great-grandmothers as child slaves. In essence, it was the first known occurrence of foster care in my lineage.

In the 1980s, the United States funded and backed a civil war in El Salvador. My mother was a teenager at the time, and she had to flee her country as a refugee. Displacement, loss of culture and violence were the recurring themes in my mother’s lineage. The irony in my mother’s parenting is that her methods for trying to keep me safe ended up being the reasons the system separated us. Her story is indicative of the current refugee crisis and the unaccompanied minors crossing our borders as a result of the policies we have initiated in their countries.

The similarities between my foster care experience and Griot’s are alarming and enlightening. The narrative is more complex than a single person, family or case number. Separation strains the relationships between families and culture. It encourages loss of identity and self-hatred, making it easy to blame your suffering on the very people who gave you life.

From this revealing conversation, I recognize that this is the greatest crime against humanity—a quiet epidemic that robs children and families around the world from realizing their greatest potential. In America, we cannot reconcile our dream of being a global humanitarian leader until we fix or abolish our current foster care system. Right now, racial justice plays a critical role in our national discourse. That conversation also needs to recognize the maltreatment of women and children. It is time that our creed “all men are created equal” includes women and children too. The voices of foster care must no longer be silenced if we are to truly heal as a country.