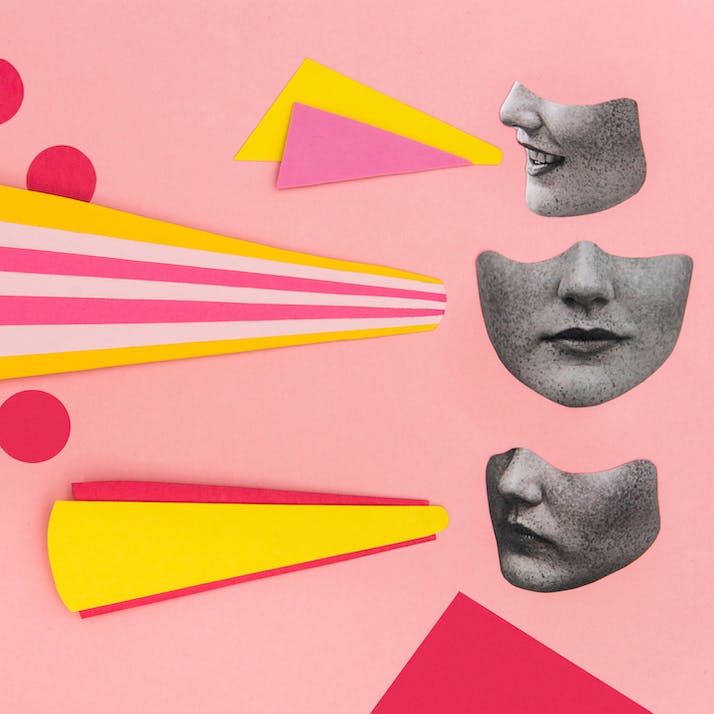 Trans People Don’t Want to Control How You Talk

Trans-inclusive language can be confusing—being a trans ally isn’t.

If you spend long enough in the liberal social mediasphere, you’ll eventually just sort of pick up how to be a good trans ally, as if by osmosis: Use the right pronouns, avoid gender-specific language, don’t ever use someone’s pre-transition name. That’s how I learned it, back at the dawn of Twitter. At that point, I hadn’t ever really met a trans person (that I was aware of), and learning the rules of trans allyship felt a lot like learning which silverware to use at fancy dinners, which I had also done: It was something I didn’t have a practical need for at the time but that I hoped I would in the future and wanted to get right perfectly from the start.

Now that I’ve transitioned, I constantly encounter people who have the same kind of formal approach to allyship that I used to have and the same apparent anxiety about it. People in business Zoom calls conspicuously ask the group to declare their pronouns at the start of meetings. Friends rush to apologize when they accidentally say “you guys” instead of something gender-neutral. Strangers use my correct pronouns, with a little extra emphasis so I make sure to notice they got it right. I know it all comes from a good place, and every time it happens, I’m grateful for the consideration that they show, but I also want to tell them that they shouldn’t worry about it because it really doesn’t matter.

“”
I also want to tell them that they shouldn’t worry about it because it really doesn’t matter.

There’s a widespread belief, perpetuated by infographics and scolding tweets (often shared by straight, cis people), that being an ally to trans people means following a strict set of rules about what you can and can’t say and that if you make a mistake, it means you’re a transphobe (or at least that you’ll be called one on Twitter). It makes allyship into a tightrope walk over a pool of Internet lava—treacherous, easy to fuck up and an overall unfair situation for anyone to be put in. It’s no wonder the anti-trans movement has seized on the idea of trans people trying to control how cis people can speak as one of their main grievances.

To be clear, we don’t want to control how you speak. In reality, using the right language for trans people is like using good table etiquette, in that it’s a mostly ceremonial thing that you can use to show respect to other people. How strictly you need to stick to it depends on the situation and specific people you’re interacting with. And like good table etiquette, it’s not worth freaking out over if someone messes up.

The truth is, a lot of trans people don’t really care about that kind of stuff, or at least not enough to make a big deal about it. We’re so used to getting misgendered that for a lot of us, it’s just a minor everyday annoyance. Being intentionally misgendered is hurtful, and so is being repeatedly misgendered by someone who should know better. But we also understand that people fuck up sometimes. Very few trans people—besides the terminally online—will ever lose their shit on you for using the wrong words or for saying “you guys” to a group that includes transfeminine or nonbinary people or for not always using the strictest and most thoroughly inclusive PC language possible.

“”
Most of us have bigger concerns on our radar, like our physical safety and autonomy.

We Need Allies Who Are Really on Our Side

Because for most trans people, pronouns and inclusive language aren’t the most pressing issues we face. Most of us have bigger concerns on our radar, like our physical safety and autonomy. I live in New York City, which I think is the greatest and safest place in America and maybe the world in which to be a trans person, and I still get extremely anxious for my safety every time I leave the house. Trans people are routinely threatened and physically attacked in even the most socially liberal parts of the city. Finding healthcare providers who know how gender-affirming care works can be challenging, even in places where it’s not being legislatively attacked, and even if you can find someone who knows what they’re doing, transitioning can be prohibitively expensive even for those of us lucky enough to have insurance. And the rising anti-trans movement that’s gaining footholds on all ends of the political spectrum is a constant existential threat to all of us.

Like table etiquette, trans etiquette is useless in a fight, which is what we find ourselves in right now. Despite the gains trans people have made in “visibility” and “inclusion” over the past decade or so, we’ve always had to fight simply to exist. We desperately need allies in this fight—real allies who are willing to do real things in our fight.

Being a trans ally is much simpler than the social media discourse can make it seem. All you have to do is love trans people—or at least respect our right to exist—and be willing to show it. There are a million ways you can do that: speaking out against anti-trans legislation, donating to legal groups pushing back against those laws, donating to fundraisers for trans people seeking gender-affirming healthcare or simply standing up for us when transphobes around you start acting up. None of these acts are much more work than putting your pronouns in your bio or learning to add “and femmes” when you say “women.” All of them are about a million times more effective.

If you can show up for trans people out of a place of love, you don’t have to worry about getting everything right all the time. We’re all human and all deserving of forgiveness for the mistakes we all inevitably make. An imperfect ally who actually cares is worth more than every virtue-signaling post on social media. We need as many of you as we can get.