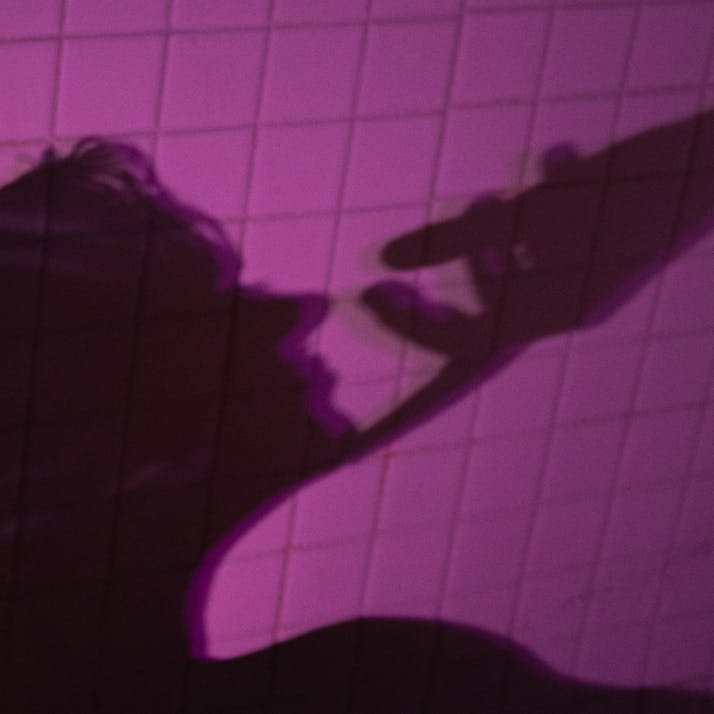 What is my self-worth if I'm just an object to men?

“What do you think? Is she naughty or nice? Prude or a freak?” I overheard someone whisper behind me. I lay my head down on the desk, unbothered by the conversation. It was my junior year of high school, and upon further investigation, I learned that some boys had started a bet about my sex life.

At that time, my parents were divorcing and my best friend had just died. Those days, I was so numb that I didn’t react, but the question would haunt me for years to come. Was I a prude? In truth, the question had never crossed my mind. At a minimum, I was well-informed. Growing up with immigrant parents, sex was taught to me through encyclopedia articles, and I had deemed it a utilitarian pastime.

Because of this, I wore my modesty like a badge. Sex never crossed my mind when I saw someone attractive, and it made me blush when discussed at a party. My only interest in sex was with someone I loved and nothing beyond that, but I also held no judgment toward others.

The trouble is, I’ve always had boys and men commenting on my body, as most young girls have to endure. But when you are 10 and older boys are already slapping your ass, what do you know about creating safe personal boundaries? They will always tell you that you wanted it.

“”
When you are 10 and older boys are already slapping your ass, what do you know about creating safe personal boundaries?

I Fell in Lust With a Man at My University

My first two boyfriends were nerdy romantics. Neither one had the best body nor social skills, but they never failed to lavish me with gifts, poems, roses, letters and support. I was loved beyond measure, but this healthy relationship trope was one that I didn’t recognize. I mean, I had only seen my parents kiss once. I found sex with these men enjoyable, but it was perfunctory. It was part of the relationship program, and I could take it or leave it.

Even so, we shared genuine moments of lovemaking, connection and exploration, not just sex. Being respected felt so strange that I wondered what was wrong with them, and I quickly let go of each relationship. It seemed the only way to understand the value of what I had lost was to experience the extreme opposite.

One month after my 20th birthday, I rode on a bus back to my university in Ithaca, New York. I was minding my own business when suddenly I saw him. His name was Colton—he was tan, with white teeth and had the body of a god. It was the first time in my life that I was in lust, and as our eyes locked, he could tell from a mile away. Clearly not his first prey, he took my number, and that is when his training began.

To say Colton had a high libido would be an understatement. He wanted to have sex all the time and everywhere. I was very naive, and he began to expose me to his hedonistic lifestyle of drugs and sex. Although I had some clear limits (I was mostly a bystander to his antics), in terms of my desire for him, he knew that he had me wrapped around his finger when no one else was in the room.

My Identity Became Wrapped up in How He Saw Me

One night, while visiting his hometown in Oregon, he began to test his control. He threatened to kick me out of a moving car when I was friendly to men. He said he would break up with me every time I challenged his behavior. Some nights, he refused to let me sleep in the bed like an animal until I was begging in tears, after which he would reward me to be in his arms again. He would ask me to send him videos of myself performing sexual acts and even filmed us having sex one night when we were drunk.

It got to the point that even when we were off again, I would send him smut to keep him engaged. I would do anything he asked me to—anal, sex in the woods, you name it. Instead of flowers in my mailbox, I received sex toys he wanted to use on me; instead of sweet nothings, I was asked to rank women’s bodies in the street; and instead of jewelry, I received a dog collar.

This relationship created a paradigm shift. It tested my sense of self, existence and reason for living. Was I simply a tool to please Colton, to discard whenever he wished? I fell into a deep depression. I couldn’t see who I was beyond him or my shame, and each time he discarded me, my world began to fall apart more and more. My mind was sick, and I needed to mend. It was the excuse Colton used to dump me for good, having little use with someone broken.

“”
I would do anything he asked me to.

I Began a Cycle of One-Night Stands

I was hanging by a thread in my studies, so I took medical leave. After surviving a long year of abuse, the effects took hold of my self-perception. I was objectified not only by others, but now myself. Colton had taught me to act in desperation to seek attention and the behavior remained. I had finally turned 21, and I needed the validation. The best place to find it? Dating apps. Instead of much-needed therapy, I gave a different stranger my address each weekend. They would come in, say hello and kiss me without even taking their shoes off. They would ask to go up to my room, and after they left, I would sit on my living room floor and cry until I could not breathe. This was the routine.

Today, these moments are erased from my memory, but the one night that still stands out was when my assistant track-and-field coach came to my door. I don’t remember how he got in touch with me. I had known him for two years, and I thought surely it would be different if I invited him over. He will care about how I am doing. He will want to make sure I am OK, not just have sex with me.

But like everyone else, he put his hand around my waist, pulled me close and asked me where my bedroom was. Knowing I was on med-leave, he didn’t have to worry about bumping into me at practice. I went through the motions, but it was then that I knew I was worth nothing.

I was a body made of holes.

My Hypersexuality Saved Me From an Overdose

I couldn’t take the pain anymore of being a rotating object. I had been conditioned to ask for sex in place of love and respect, so I carved some scissors down my wrist and washed down a bottle of oxycodone with vodka. I left a video for my family on my computer, apologizing for ending it this way.

Surprisingly, my hypersexual ways are what saved me. Wasted during the overdose, I had called my crush, offering to give myself to him, saying nothing mattered anymore. Knowing something was wrong, he reached out and my friends called an ambulance.

I would spend the following two months recovering in the hospital—still an innocent girl to the outside world but suffering inside from social pressure to please a man. Almost 10 years later, I rarely have sex, and I am still learning about self-worth, but I believe in a reality where I will find a partner who only feeds off mutual growth, not his hard-on for control.