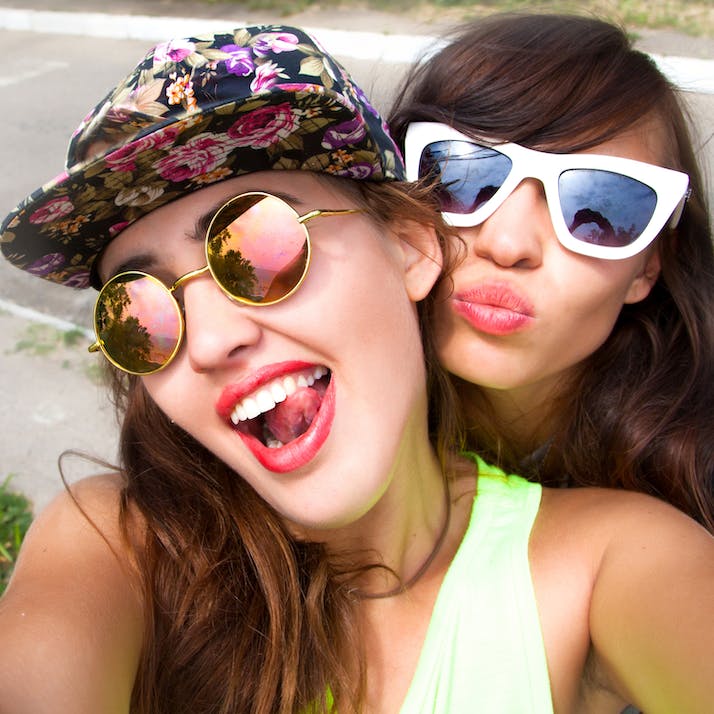 Why TikTok Made Me Hate Teenagers

The social media app has turned adolescents into millionaires, filling me with resentment as I look for my own break.

Charli D’Amelio. Ever heard of her? Chances are, if you were born before 1997, probably not. If it weren’t for my time as a high school substitute teacher, I’d have idea who she was.

Basically, she’s a millionaire, social media icon and one of the hottest names in pop culture right now. And all it took was one viral video.

In June of 2019, D’Amelio posted a video dancing alongside her friend on TikTok, the social media platform created for short music, comedy and talent videos. Within 24 hours, the video had more than one million views. Since then, she’s amassed a following of around 100 million followers on the app

In addition to her growing popularity, she has a net worth of $4 million, making her second in Forbes’ list of highest-earning TikTok “stars.” (I refuse to seriously call anyone who gets famous via Tiktok a “star.”)

If you Google her name, she’s defined as an “American dancer” but her style isn’t something you’d see on So You Think You Can Dance—it’s not lyrical, contemporary or ballet. It’s mainly arm movements to popular hip-hop songs. Listen, if I can do these dances, that’s saying something.

I’m aware I’m publicly hating a 16-year-old, but as someone working towards a career in entertainment, it’s frustrating to watch someone get everything you want overnight for dancing to “It Wasn’t Me” by Shaggy. But congrats to Shaggy for making a comeback.

It’s no secret making it in the entertainment industry requires a bit of luck, but I wish that luck would have fallen on someone who works harder, someone who actually deserves it, like American Idol contestants…or me.

“”
And all it took was one viral video.

Let's Be Real: I Deserve Fame More Than She Does

I’ve spent so much of the last five years sitting at open mics, waiting hours to get on stage to talk for three minutes. Do you know how many dick jokes I’ve had to listen to the past five years? More than anyone should.

When I die, I’d like a log of all the hours I’ve spent at open mics, and how many emails I’ve sent to shows asking to perform. On second thought, I don’t want to know.

Because she has such a large following, major brands have reached out to D’Amelio to promote their products and services. Some brands have even collaborated with her, hoping to gain more exposure. I’ve complained to so many people about this, about how insane it is posting 15-second videos on an app and suddenly you’re the face of Jif.

Why not me? I love peanut butter.

Of course, there are those who disagree with me (pro tip: don’t say anything to upset Gen Zers, they’re terrifying), like my younger cousins, who idolize D’Amelio. She’s someone they aspire to be. (I was hoping for RBG or Greta Thunberg, but we can’t have everything.)

D’Amelio’s even famous enough to have tabloids reporting on her. The New York Post recently released an article discussing the influencer’s loss of one million followers after she received backlash from a YouTube video. Why is this news? There are people dying. Apparently, her fans perceived her behavior in the video as “bratty and ungrateful.” She responded by giving a teary apology on her Instagram. I want millions of people to think I’m bratty and ungrateful! I deserve it more than she does!

She recently tweeted showing off her new hair, which got more than 25,000 likes. I consistently tweet jokes I wrote and average around 20 likes. Maybe I should be tweeting more about my hair?

I know I’m really picking on D’Amelio, but she’s not the only creator who’s gained popularity from the app. There are several users who produce content similar to D’Amelio, like Addison Rae, a 20-year-old with more than 70 million followers.

In a recent YouTube interview, Rae says she puts a lot of thought and effort into her videos. She posted a ten-second video lip-syncing to Drake, wrinkling her nose and pouting her lips. Anyone want to guess how many views it got?

I guess when you have millions of followers who adore you, you can post anything you want, but if all it takes is posting a video of a silly face, why aren’t we all social media icons? I make plenty of silly faces and haven’t earned a single dollar for it.

I did post one of my standup clips that got more than 500,000 views, but I got more comments telling me I wasn’t funny and that all women do is talk about sex. It wasn’t my favorite thing I’ve ever heard, but it wasn’t my least favorite. Of course, not everyone on TikTok is the same. I’ve seen plenty of videos I really enjoy, but most of the creators don’t get the recognition they deserve. Let’s all give up and start dancing to Shaggy. That seems to be the ticket in.

Long story short, D’Amelio and Rae are examples of being in the right place at the right time. They’re cute and likeable, teenagers who boys want to date and girls want to be. Will their success last forever? Who knows? Do I hope they’ll have to get real jobs someday and put “TikToker” on their resume?

Moral of the story: Stay off TikTok unless your dreams have already come true. Now if anyone needs me, I’ll be begging bookers for a spot on their show.