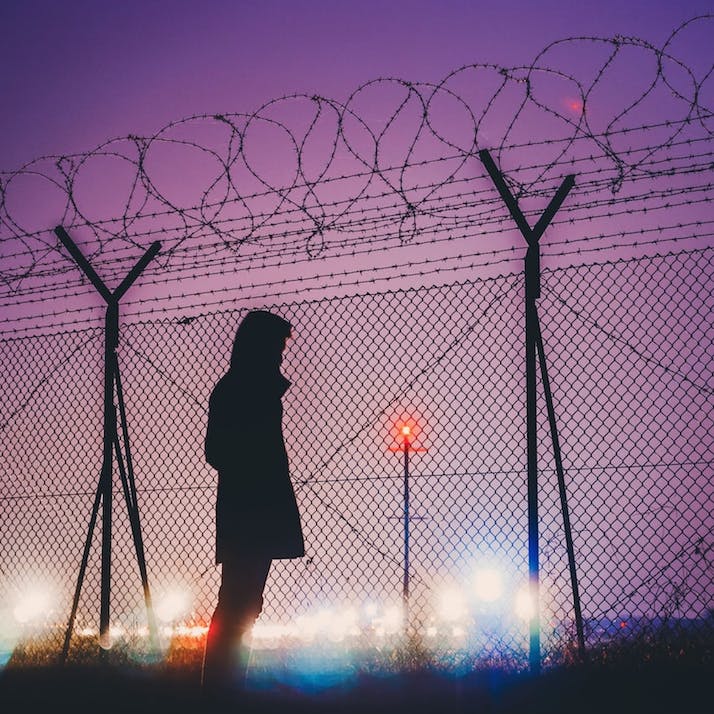 I Was Thrown Into a Ukrainian Refugee Camp

I was looking for a distraction and a good story. I got both.

It was the summer of 2020. Despite the pandemic, I was planning to go on a trip. The guy I had just started dating didn’t want to come, but his flatmate did. During the trip, he and I got close. My emotions were running high; I wondered if I had met The One.

I thought the feeling would go away after I got back to my regular life again, but that didn’t happen. I didn’t want to ditch the current boy I was dating, so I decided to forget about the new one. I thought if one trip could make me fall for him, then another might make me feel another way.

I had always wanted to travel solo, and I had always wanted to see a border between countries. I decided to do both and planned a trip to a city close to the border between Ukraine and Slovakia, alone. After a day of thinking it over, I packed my bag and left for the railway station. On the way, I decided to make it a two- or three-day trip and visit two or three cities. I booked a hotel on the way.

The area is where Ukraine, Slovakia and Hungary meet. I arrived in Uzhhorod in the morning and decided to explore a little before checking into the hotel. I found out that the Slovakian border was just an hour’s walk away. I decided to take a look.

Tensions at the Border

The road to the border was uphill. After an exhausting walk, I reached it and started taking pictures. There was just one officer around. He saw me and came over to ask what I was doing. I told him that I wanted to see what the border looked like. He asked me to show my documents. I only had my student card on me, but I showed him a photo of the rest of my documents. It was hard communicating with him because he was speaking Russian and I only know Ukrainian.

The part of Ukraine where I lived is full of patriotic people. They don’t like Russians, and they don’t speak Russian, unlike much of the rest of the country. I had to use Google Translate to talk to him.

I wasn’t scared of my situation. It was all too interesting to me. This was just what I needed: a new story to share. In serious situations, I always feel like laughing, so I was trying to control it, but I still had a smile on my face. And I was secretly taking pictures of the border officer. He took my phone and looked through my photos. “Don’t you know that it’s prohibited to take photos of the border?” he asked me. I told him no. I honestly didn’t know, because in India, where I’m originally from, people often visit a town just across the border in Pakistan. Taking photos is totally normal.

The officer deleted all of the photos. He seemed to believe I was innocent because I didn’t act scared at all. He told me that the police would come and take me, but not to be scared. They were just going to check my documents and let me go. The police vehicle came. Two officers with rifles got out and took me into their vehicle.

Now things were getting even more interesting.

They drove me to a place that I didn’t know at that time was a refugee camp. They asked me questions and said they don’t believe a single word I said. They took my mugshot like a criminal, plus my fingerprints and signature.

“”
It was only then that I started to realize I was in a refugee camp.

I Was a Tourist—Then Suddenly I Was a Refugee

It was only then that I started to realize I was in a refugee camp. There were three other Indians and one Afghani family. The Afghani family had run away from their country because they didn’t feel safe there. They had paid thousands of dollars to an agent to take them into Germany, but the agent had abandoned them along the way. They spent a night in the woods, and the next morning, some Slovakians saw them and called the police. The Indians were going to Austria for a better job. They had also paid a handsome sum to an agent. I was the only one there who hadn’t.

The camp was interesting. There was a living room and a kitchen. In the living room, there was a TV, but all the movies had Russian audio with Chinese subtitles. There were books too, but they were also in Russian. Since we were bored and the guards had taken our watches and phones away, we would play games like “guess the time,” where everyone would put in their guess and we’d ask the guard to tell us what time it was. In the evening, the other refugees got their phones back for a while. I never did. The guard told me I’d get it the next day. At night they would lock us up in our room.

I was sharing a room with an Indian girl. The first night was horrible. I just couldn’t adapt to what was happening.

On the second day, I waited all day to get my phone, but at the end of the day, we got the news that we were switching camps with other refugees. On the same day, a Bangladeshi man was brought in. He said he’d been trying to cross the border at night, but as soon as he started cutting the fence, it got light out and he got caught.

It was hard for me not to be able to wear makeup. Thank God there weren’t any mirrors around. As soon as I got my bag back, I put on the lipstick. Then we moved camps.

The second camp was even more trying. There wasn’t a common room. We were locked in our rooms all the time, and they let us out to use the toilet. I still didn’t have my phone. The next day I gave up. I surrendered to the situation and offered no more resistance. It brought me peace.

I found ways to pass the time. My roommate talked about our life experiences. A young officer at the camp named Dima kept me entertained. He brought apples for my roommate and me.

I still didn’t have my phone back.

On my second night at the new camp, they told me I had court the next day. When the next day came, they asked me to grab my stuff, and I heard them talking about a railway station, so I was sure that they would release me.

The guards put me in a van with a group of Indian guys. One of them was a YouTuber who was trying to make a video on how to cross the border easily. When he got caught, the police deleted his channel.

“”
I wasn’t scared of my situation. It was all too interesting to me.

My Day in Court

When we got to the court, they introduced me to a translator who told me that my visa had been canceled and they were planning to send me back to India. I was shocked. I asked him what I could do. Was the decision reversible? He said he would record a voice message and send it to my father. “We will figure out a way,” he said. “Just give me his number.” I gave it to him. It was so hard to explain my situation to my father, but I had to do it. I had been gone for three days at that point, and he didn’t know where I was.

He immediately sent a response, but he sent it in Hindi and the translator couldn’t read it, so he couldn’t tell me what it said. He couldn’t show me his phone either, because of the border police. Then I was sent back to the van. Some of the other refugees told me that the translator wasn’t a good man and that I shouldn’t have given my father’s phone number to him. Now he will try to take money from him, they said.

I just didn’t know what to do. After a while, I was called out again. Someone told me that I had a stain on my pajama pants. It turned out I was on my period. But I didn’t even care about the stain. I roamed the court just like that.

The translator asked me to cry in front of the judge. I tried, but I couldn’t do it. In the end, she said, “Let’s see what to do with you. Do you know that your visa is canceled?” That’s when I started crying. The court was dismissed and I was taken out.

My translator told me that after a while I would have another court session. Imagining myself crying like that was making me laugh, so I sat in one place alone and I harnessed all my gloomy feelings in order to cry again. I went through another court. This time it was easier, and there weren’t too many questions. But I didn’t know what the court’s decision would be. The translator wouldn’t tell me. He said someone would come to take me, but that I shouldn’t go with them. “They will say that they did something to release you,” he told me, “And then will ask you for money.” I said okay.

Then we were all sent back to the van. When it pulled away, the other refugees told me that we weren’t going in the direction of the camp. I noticed that we were going back the same way I had come from the railway station.

The border lady called me and gave me my file. I was ecstatic to touch my phone again. I immediately wanted to call my father, but my battery was dead. We finally reached the station, and when I got out of the van, I felt like it was the end of some horror movie. In many horror movies, all of the characters die but one. I felt like that one lucky survivor.