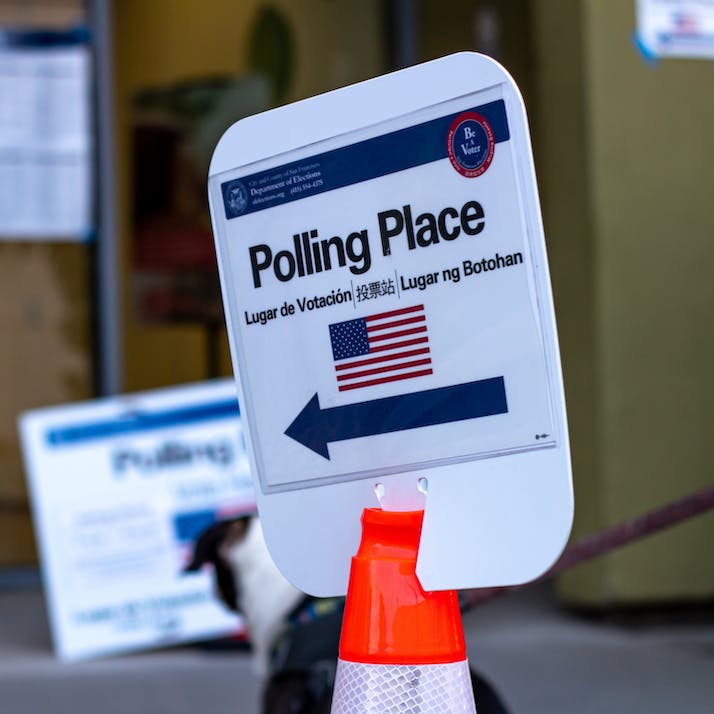 Inside the War Room: I Thought Democrats Could Get Better but Now I'm Not So Sure

A brand strategist, who has worked on campaigns, sees a dismal future for the Democratic Party.

After Trump’s election, I dove into politics, naively assuming that the problems I saw as an outsider were fixable.

Democrats seemed to be operating in a reality that didn’t quite mesh with the one I had observed while working with consumer brands for the past decade. There was a giant gap in the way technology was (or wasn’t) leveraged, and they consistently missed the mark with their messaging. Surely some fresh perspectives could keep Democrats from alienating massive chunks of their audience, right?

Before I got involved, I was optimistic. Now I’m not so sure.

When I consult for clients in other industries, I always focus on a few core themes: Are you building a work environment that will attract and keep the best talent? Are you set up to quickly run experiments, test ideas, learn and improve? Are you making every effort possible to empathize with the people you’re trying to appeal to? Regardless of the size and mission of an organization, this rough template can guide any team towards success. As I began to volunteer for candidates and grab coffee with campaign trail veterans, I was floored to find that the Democratic Party doesn’t provide any centralized guidance or support on how to answer “yes” to these key questions.

“”
Before I got involved, I was optimistic. Now I’m not so sure.

How the Democratic Party Sets Itself Up for Failure

Let’s start with attracting a brilliant team—critical for scoring a win. Unfortunately, the way things are structured right now, the pool of candidates for political jobs is incredibly limited.

Even as modern workplaces put serious effort into diversifying talent pipelines, it’s still tricky to uncover open positions in political organizations. Job descriptions get passed around casually, via emails, text, Slack or messages to a private Facebook group. Nepotism runs rampant. If I hadn’t had access to a few contacts already working in politics, I wouldn’t have had any sense of how to get started, beyond simply sending out cold emails. There’s been an undeniable surge in interest from folks looking for more meaningful work over the past few years, but what happens when there’s no place to register that intent?

It’d be a no-brainer to build a one-stop shop for people not currently in politics to browse potential causes and campaigns to get involved with, but no such place exists. Discovering these opportunities doesn’t just rely on one’s ability to know what to look for and where to search, but to understand the language of politics as well.

Let’s say you’re an exceptional social media manager with tons of experience engaging online communities. You’d need to know to look for “digital organizer” roles to put your skills to use. Or maybe you’re a logistics wizard who has produced live events your entire career. Did you try looking up positions on “advance” teams? Of course you didn’t! Why would you? On-ramps into the industry are traditionally hard to find and steep to climb, meaning the same people get hired over and over and over again—even if they aren’t the best candidates for the job.

It’s also tough to find a job in politics that earns a living wage. It’s no secret that Republicans are more well-funded than Dems, but I was still surprised to learn that even big-name progressive politicians don’t pay all staffers the $15 minimum wage they advocate publicly. They, of course, all make the argument that finding purpose-driven work is more important than salary and that working in politics is a selfless act of service. Skills that are highly valued in one industry—running paid digital campaigns, for example—may only pay half as much once you enter politics.

For many folks, this 50 percent pay cut can make it impossible to get involved beyond just part-time volunteering. A norm of low salaries means most positions are held either by people from privileged backgrounds who don’t need to work, recent grads with a severe lack of work (and life) experience, or super-dedicated but stressed-out staffers working long hours and ignoring their own basic needs to make ends meet.

“”
It’s also tough to find a job in politics that earns a living wage.

Political entities can feel a lot like startups in that there’s very little infrastructure, and resources always seem scarce. We often hear tales of the deep camaraderie forged in the operational chaos of campaigns, but at what cost? Campaign management often falls into the hands of young twentysomethings looking to bolster their resumes, with no frame of reference for basic business functions like balancing budgets, managing employees or upholding codes of conduct. Nearly everything seems reactive to news cycles and mudslinging, rather than simply developing and executing on a strategic plan.

From this starting point, it would take a giant leap to arrive at a place where team members could effectively collaborate across functions, document what they learn and incorporate new insights into next week’s work. With most campaigns dismantling immediately after Election Day, the Democratic Party could be the glue to capture this institutional knowledge and get better over time. As it stands right now, each new campaign starts back at square one, and may only become a well-oiled machine just before it dies.

Regardless of a behind-the-scenes shitshow, some organizations do still look successful on the surface. This perceived success can come from a polished approach to researching, understanding and connecting with their audience in authentic ways. The best politicians have an innate ability to read the room and adapt their style to relate to whoever’s in front of them.

Campaigns as a whole, however, seem to have a much trickier time getting this right. The traditional wisdom in Democratic politics is to default to the message that resonates best with “high propensity voters,” a group of reliable poll-goers that tends to skew older, whiter and wealthier than the general public. Because it’s seen as the safest path forward for a campaign, any research overwhelmingly favors this group’s interests. Messages crafted with this audience in mind wind up getting poorly translated into videos and social posts that seem entirely tone-deaf to a generation of would-be voters. In deprioritizing their understanding of an audience that drives culture and conversation, Dems consistently seem out of touch.

If We Want to Beat Republicans, We Need to Modernize Democratic Campaigns

When I first started inserting myself in these conversations, bright-eyed and bushy-tailed, I saw potential. There was tons of low-hanging fruit that could easily improve the rates of voter turnout in America and end a cycle of marginalization. Only about 50 percent of eligible voters took part in our last presidential election, not because they’re lazy, but because they’re uninspired. We have an opportunity to rise to the occasion and deliver a better version of politics, but there are still a lot of structural hurdles in the way.

If Democrats want to see better results at the polls, they need to restructure entirely with more inclusive hiring practices, competitive wages, a self-awareness about what they don’t know and a willingness to listen and learn from people outside of their self-imposed bubble. Until they get serious about these basics, it’s hard to take them seriously.