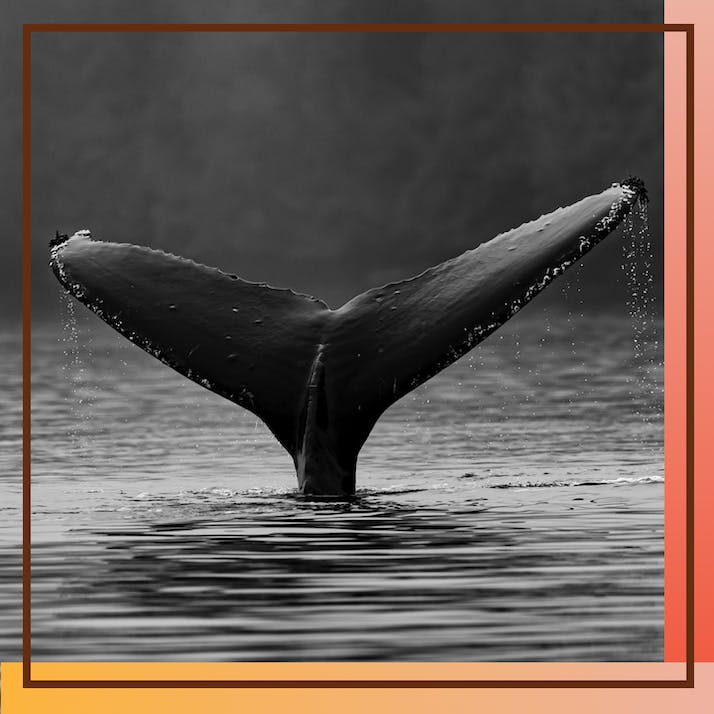 They Called Me 'Whale': My Journey Through Overeating

I grew up fat, smart and miserable—and went on to find happiness.

I met my best friend Johnny when we were ten. He was the skinniest kid in elementary school, and I was the fattest. He nicknamed me “Whale” because, as I grew to 288 pounds on a 5-foot-10 frame, I’m sure I resembled one.

I realized at an early age that I wasn’t loved or even wanted by my parents. My mother wasn’t ready to be a mother when I came along and probably never would be. Her best friend remarked once in my presence that “she was stuck with me now.” My father’s only concern was if he had enough beer in the refrigerator.

Growing up was tough. After a few beatings from my father, I made myself scarce at home. I started delivering newspapers at age ten, and from then on, I was made to give my father half of what I earned. I can still hear him calling me a bum when I didn’t contribute as much as he thought I should. Eventually, I got a job in a bakery that paid 95 cents an hour and let me have all the baked goods I could eat. So eat I did! It was the beginning of my journey into obesity.

“”
I was actually trying to escape my feelings and swallow my pain.

My Size Made Me an Outsider

Other jobs that followed, such as golf caddie, supermarket bagger and gas station attendant, afforded me the luxury of feeding my ever-increasing appetite and ever-expanding girth. I thought at first that my mother was shrinking all my clothes, but then I realized that I was just getting fatter by the week. Going to a local soda shop and ordering three tuna fish sandwiches, fries and a large Coke was my reward to myself every day for working hard and doing well in school. Little did I realize I was actually trying to escape my feelings and swallow my pain.

Because I played sports and was somewhat successful, I avoided the direct scorn of most of the guys. That was reserved for overweight girls, who were mercilessly picked on. Nonetheless, I knew I was an outsider, someone to mock when I wasn’t around, but respected when on the ball field. Because of my size, I always looked older than I really was.

Once, during a sandlot baseball game, playing with boys two and three years older than me, there was a kid named Leonard, who I didn’t know from Adam. He started calling me “fatass,” “fatso” and “pig” until, finally, I'd had enough. I was the catcher, so when Leonard came up to bat, I told him, “If your mother would feed you, you wouldn’t be so damn weak and skinny.”

Well, a major fistfight broke out between the two of us, and I thought I was about to get killed for sure. There was no way I could get out of the way of his punches. I was on the ground ready to plead for my life when a few of the guys pulled him off of me. I knew then that I should just try to ignore the slings and arrows that came my way. It didn’t make them hurt any less.

“”
The key is moderation in all things, but my stomach occasionally overrules my mind.

Love—and Lots of Therapy—Helped Me Conquer My Eating Habits

When I was 18, I met a wonderful girl who seemed to love me for who I was, not what I looked like. We were married two years later and have stayed married for 54 years. Through her constant reinforcement of love and many years of therapy, I managed to lose 100 pounds and a lot of other excess baggage.

I have come to realize that obesity is a disease shared by millions, but unlike other maladies, there is no sympathy. Can’t we as human beings just accept people for who they are on the inside and not what they look like on the outside? Must the world be ruled by appearances and a number on the scale?

Once upon a time, fat was in vogue. Kings and queens, the rich and successful, were all extra large. But that all changed as we moved into the 20th century. Soon after, the saying “you can never be too rich or too thin” became a mantra. Fat people were discriminated against in the job market and were made to feel like lesser human beings with no willpower—until, of course, the weight loss business evolved into the multimillion dollar industry it is today.

I still fight the battle every day to control my weight. It is a constant struggle which, I must admit, sometimes I lose. I get an overwhelming urge to eat my face off because I earned it, gosh darn it! Of course, I feel so very guilty afterwards. My brain knows the key is moderation in all things, but my stomach occasionally overrules my mind. I guess Johnny was right when he told me, “Whale, you’ll never get enough to eat!”